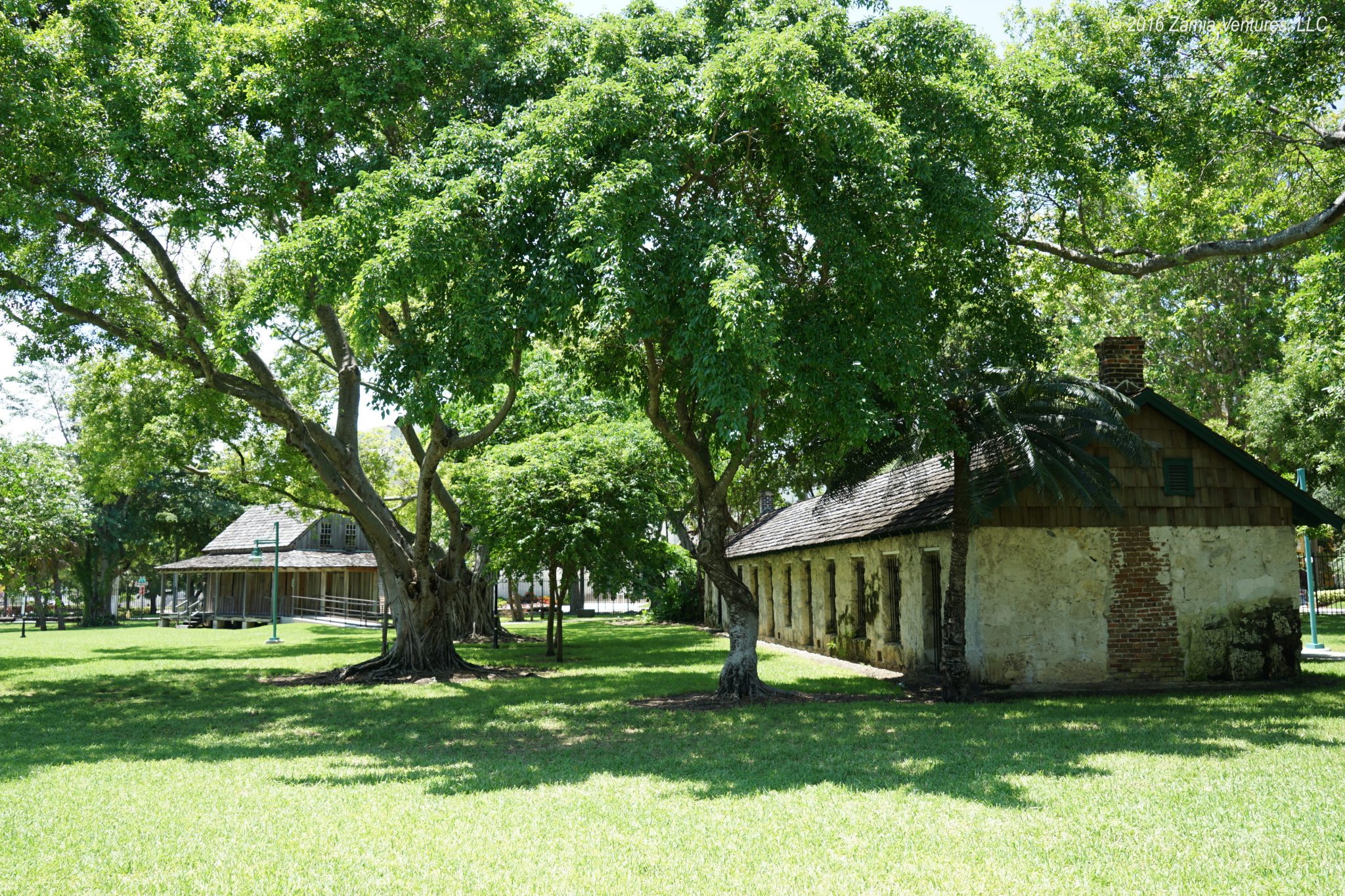 We are total nerds. We love museums and, what’s more, we actually read all the signage on the exhibits. We love learning new things, whether that’s the geology behind constructing the Overseas Railroad or how Miami Beach could possibly have so many Art Deco buildings.

So we had high hopes when visiting Lummus Park in downtown Miami (map), which is the site of not one but two of the very earliest existing structures built in Miami. The park has a limestone building that was part of the Fort Dallas complex, as well as one of the earliest frame houses built in Miami. Lummus Park itself even has an interesting history, since it it was established in 1909 as one of the very first green spaces in Miami.

Perhaps I should gotten a hint from the Miami Parks and Recreation Department page for the park, which has just about zero information. In any case, despite knowing very little other than the address and hours, we set off on a warm afternoon (hello, summer in Miami!) to explore the park. The Metromover dropped us just a few blocks away, but we were still pretty sweaty when we arrived.

The park itself is a bit of a disappointment since it is surrounded by high metal fencing on all sides, essentially cutting it off from the adjacent neighborhoods. There is just one point of entry on the south side — fortunately we picked the correct side to approach and did not need to circle the entire block to get access.  Once inside, we appreciated the large shade trees and nicely manicured grass, and easily located the historic structures.

The larger structure is a limestone building close to 100 feet long, which was one of the first permanent structures in Miami. It was originally located on the north bank of the Miami River, in the core of today’s central business district. Construction was begun by William English in 1844, using slave labor, with the eventual goal of using the building as living quarters for the slaves on his plantation. However, the building was unfinished when he headed to California in 1849 to participate in the gold rush. (I wonder if he met William Brickell?) His property was requisitioned by the military during the Third Seminole War as the site of Fort Dallas, and the soldiers completed the building by adding a roof and attic sleeping quarters. The complicated series of conflicts known as the Seminole Wars and the related effects on Miami are summarized succinctly by this excellent article.

In any event, between Mr. English dying in California and the military abandoning the property in 1858, the property was vacant and decaying when purchased by the all-important Julia Tuttle in 1891. She lived on the Fort Dallas property in a large wooden house, and apparently used the barracks for storage and employee housing. It was being used as the meeting place for the Miami Women’s Club and the Everglades Chapter of the Daughters of the American Revolution when a developer threatened to demolish the building in the 1920s. The building having apparently already achieved historical icon status in a town that was less than 30 years old, local groups including the DAR rallied to save it. It was dismantled stone by stone and rebuilt on public land in Lummus Park in 1925.

For more on the slave quarters/barracks and the interesting journey to Lummus Park, including photos from the relocation, I recommend this article from South Florida History — but be patient as it takes forever to load.

The second structure is the William Wagner home, built as a homestead prior to 1858 by one of Miami’s first pioneers. I can’t tell you much about it other than the fact that the apparently untreated and unpainted wood has survived 150+ years in the Florida elements suspiciously well. The homestead was originally located on William Wagner’s property near the eponymous Wagner Creek and was relocated to Lummus Park in 1979 because it was threatened by — you guessed it — development. 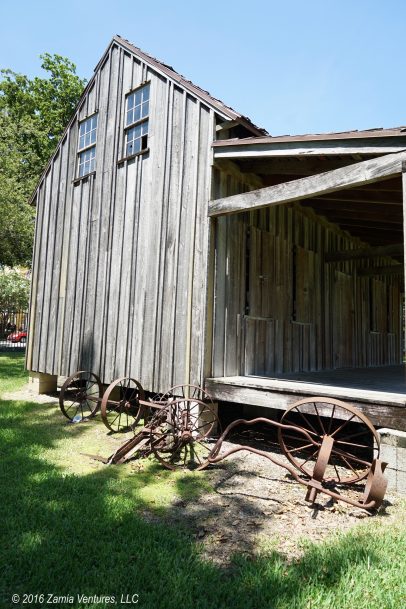 West side of Wagner house. You can tell it’s a pioneer homestead because of the obligatory abandoned wheels and axles. 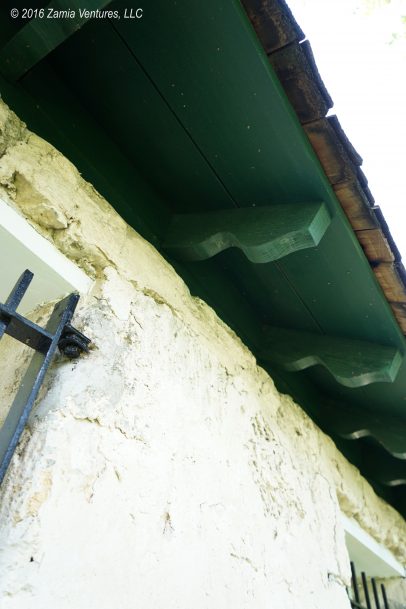 Fort Dallas eaves. Original? Replicas? Modern? Your guess is as good as ours. 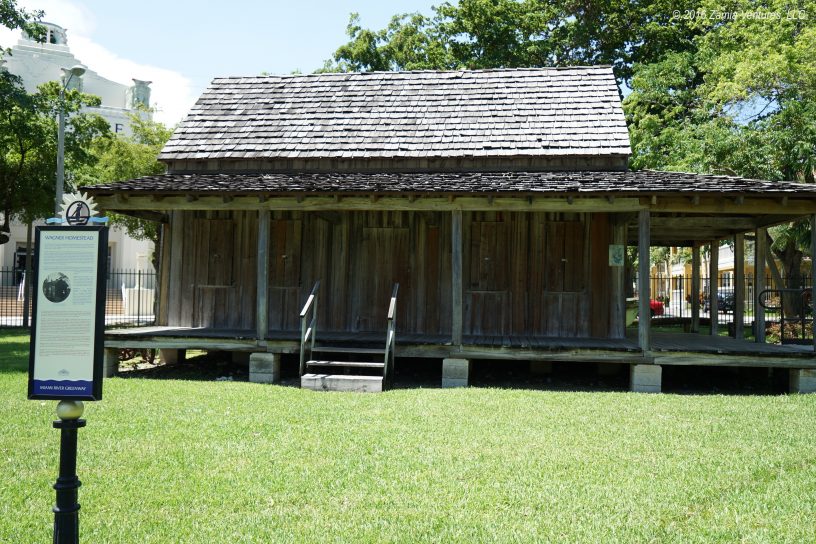 Almost all the information in this post was acquired after visiting the park because the signage was … limited, to put it kindly. My friend Google helped me gather resources like the report supporting the designation of Fort Dallas as a historic structure and the counterpart report for the Wagner Homestead as well as the articles linked in the post.  We did find two small interpretive signs, one for each structure. They were in the middle of the lawn, far from the accessible paved sidewalks and with small print. Which we read in its entirety, of course.

Although we eventually located the (meager) signage, there are plenty of things we did not see:

I realize it can be difficult to bring history vividly to life and make it pertinent to people today, but Miami, you need to do better with your oldest structures. This history nerd thinks the Lummus Park site is totally lame, which is pretty harsh coming from someone who managed to write an entire post about the reproductive parts of crocus plants.

Digging into Mining History in Butte