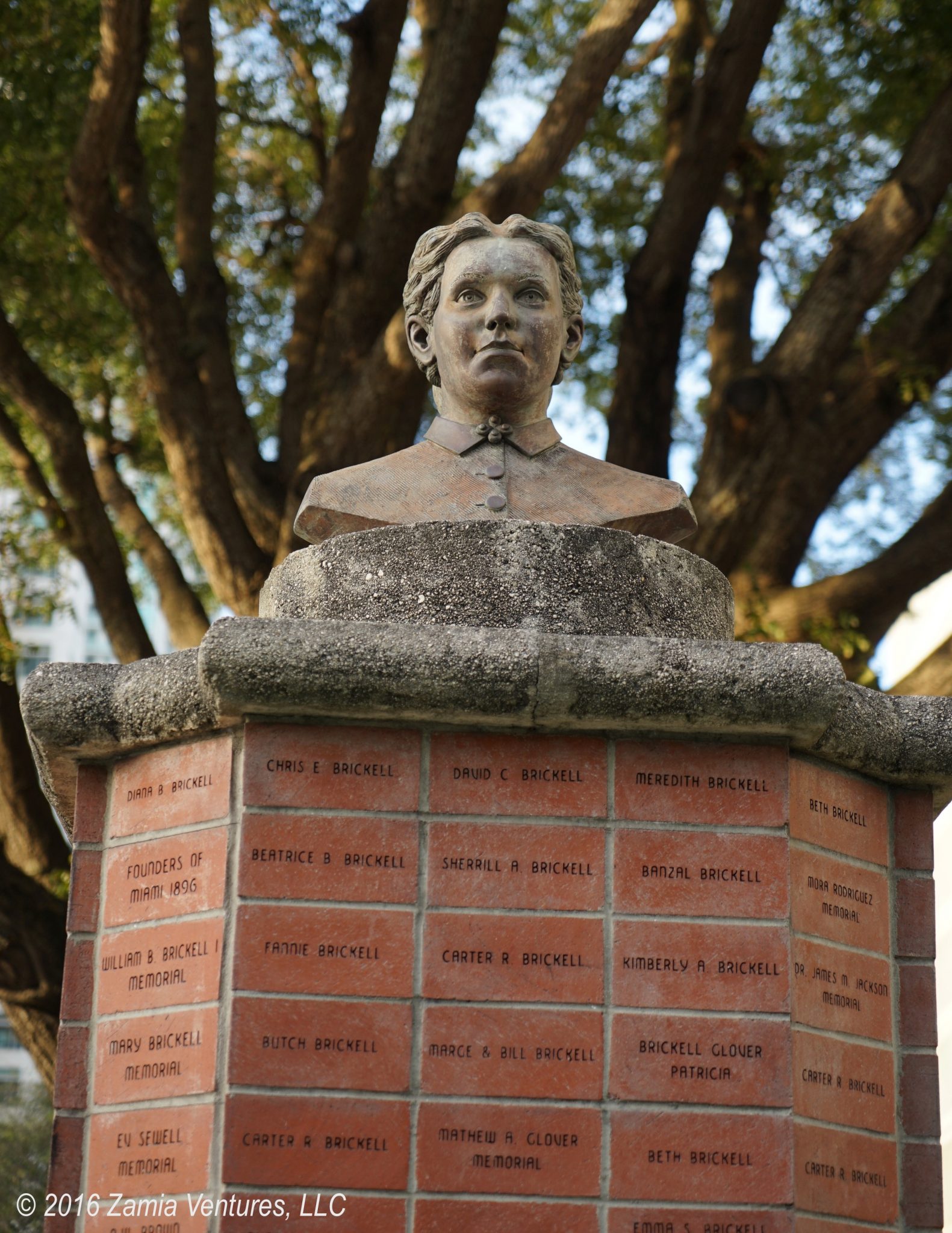 One of the words that confounds spell checks for all Miami residents is Brickell — the name of Brickell Avenue, the portion of US1 that runs through the core financial district of the city and the namesake of the Brickell neighborhood in Miami. Unlike Julia Tuttle, the Miami founder whose name largely disappeared, William and Mary Brickell’s name has survived in many prominent Miami landmarks well over a century after their arrival.

The Brickell Family in Miami

William and Mary Brickell were very early pioneers in South Florida, arriving in Miami in 1871 — a full 20 years before Julia Tuttle. They made their home on the southern shore of the Miami River, at a place that became known as Brickell Point. They operating a trading post and interacted with the Native American people of South Florida, who far outnumbered residents of European ancestry at the time. The oldest Brickell daughter, Alice, operated the Miami post office from the Brickell store. 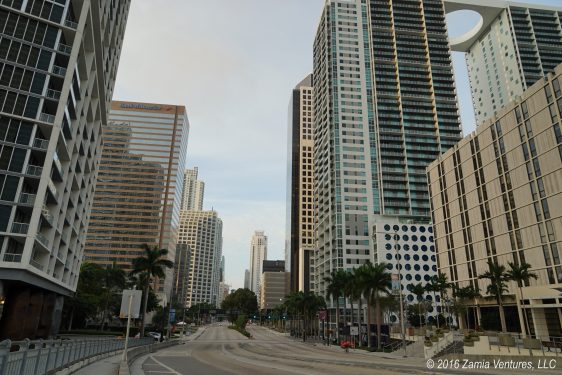 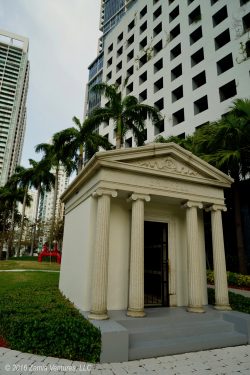 The Brickell family — particularly Mary Brickell, who will undoubtedly be the subject of another post — was instrumental in developing Brickell Avenue as a broad landscaped boulevard stretching south from the Miami River, and featuring some of the most elegant homes in Miami. This woman who first found an undeveloped swap successfully lured high profile leaders and businessmen such as William Jennings Bryan and Charles Deering to build lavish winter estates along Brickell Avenue, earning it the nickname “Millionaire’s Row.” Today, this avenue is the core of the city’s financial district. The Brickells were true pioneers and visionaries.

Much later, descendants of William and Mary Brickell donated a portion of the family’s property to the public, which became Brickell Park in the 500 block of Brickell Avenue (map). While only a tiny sliver of the family’s original holdings, Brickell Park contains the family mausoleum dating from 1924, which is now flanked by enormous hotel / condo buildings.

This little monument to one of Miami’s first families has been listed on the National Register of Historic Places since 1989, although the remains of the family were relocated to Woodlawn Cemetery in 1948 (reportedly because the Brickell area became “too loud”). The mausoleum is the only structure associated with the Brickell pioneer family that still stands on land they owned.

The Brickells certainly knew how to pick good land — see the photos showing their original homesite. Its current usage is, among other things, the location of the Brickell Bridge, the direct connection between Miami’s financial district and the downtown central business district (and a bane to motorists and pedestrians alike, since it seems to be perpetually opening for boat traffic).

The Brickells Before Miami – Pioneering As a Way of Life

A 2000 article in The Tequesta  (article here), a scholarly journal focused on South Florida, detailed the adventures of William and Mark Brickell prior to their arrival in Miami. According to the authors, William sought his fortune in the 1849 California Gold Rush, traveling overland from his home in Steubenville, Ohio. He followed that adventure with an 1852 journey to Australia to take advantage of a gold rush in that country. He settled in the remote town of Albury, on the border between New South Wales and Victoria, which served as a base for gold prospecting in the northern portions of Victoria.  Brickell and a partner developed several profitable business ventures including multiple hotels and a large general store.

He wrapped up his affairs and left Australia in 1852. On the way out of town he married Mary Bulmer, also a former resident of Albury, in Melbourne on May 20, 1852. Their trip back to the U.S. was arduous — a ship to San Francisco, sailing on to Panama, overland travel across the isthmus of Panama, sailing up the Eastern seaboard to arrive in New York on September 28, 1852 after 4 solid months of travel. It appears they resided in Ohio and Pennsylvania for about 20 years before relocating to Miami and beginning an entirely new adventure. Apparently, pioneering was in their DNA!

4 thoughts on “Who or what is a Brickell?”