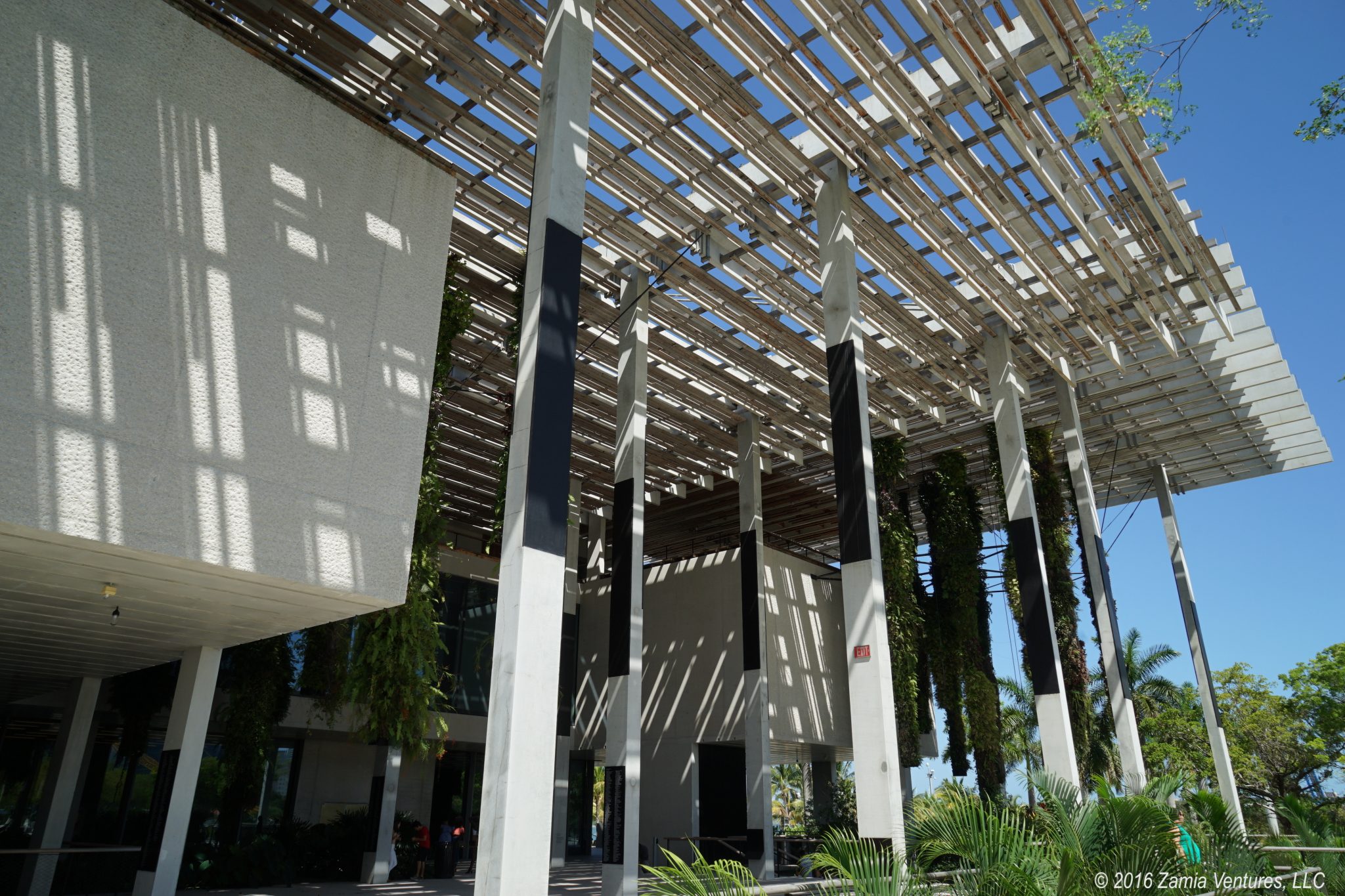 One of the most interesting of the newer buildings in Miami is the spectacular home of the Perez Art Museum Miami (map). Situated in Museum Park, east of Biscayne Boulevard at NE 11th Street, the museum shares a site — and a convenient Metromover stop — with the new home of the Frost Museum of Science, which is now under construction. 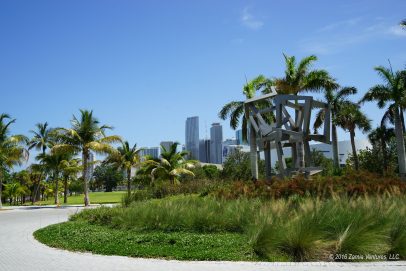 View from front toward downtown Miami 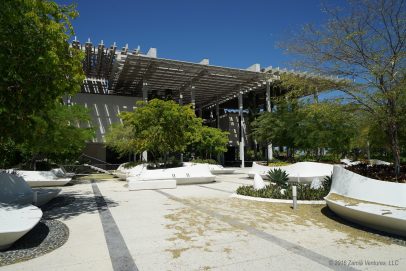 The PAMM is a stunningly successful combination of modern, angular architectural style and natural elements. The building is comprised of numerous linked concrete boxes of various sizes, punctuated with sheer glass walls, which could easily be too severe. Instead, critical elements of the building, such as the main entry, are made from wood and other natural materials.

Most notable, all exterior courtyards feature soaring hanging gardens with living plants attached to huge cylinders which echo the vertical lines of the building but introduce graceful ferns and other epiphytes.

Aside from the hanging gardens, the building is surrounded by a plethora of plants. The front facade of the building is framed with impressive banks made up of almost exclusively native Florida plants — except, weirdly, an enormous proliferation of coconut palms in the bayside courtyard.  Why not just use sabal palms or royal palms? The pedestrian area between the PAMM and the future Frost Museum of Science is richly landscaped and filled with contoured seating with organic, natural shapes, which contrasts beautifully with the strong straight lines of the PAMM.

You may have noticed that I haven’t mentioned much about the art yet. The PAMM specializes in modern and contemporary art. Let’s just say that, despite our obvious love of modern architecture (and all things IKEA), we often just “don’t get it” with modern art. Our main purpose in visiting the property was to see the spectacular setting. The art, not so much.

We chose to visit the museum one of its free days (currently the second Saturday of every month) since we didn’t think we would get good value paying admission of $16 each for the privilege of seeing the art. It was certainly crowded, and I was happy to see so many children enjoying the museum’s special family activities on the free Saturday. But despite the crowds we managed to see everything to our satisfaction in only an hour or so. Even though the building is very large, the often monumental size of modern art pieces limits the number of pieces that can be on display at the museum at any given time. 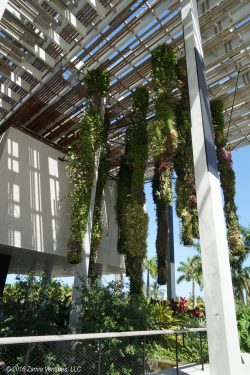 Inside the hanging gardens

Admittedly, we blew through several of the exhibits and even (shockingly) declined to read all the placards. Videos of performance art generally get a big “Nope” from me, followed quickly by “found art” — i.e., artfully arranged rocks/animal bones/garbage.

One of the special exhibitions is described on the museum website as: “Capturing the ironies of post-colonial conditions in the Caribbean, [artist]’s films and videos create connections between experimental film, ethnography, and theater, alluding to material, local, and symbolic histories.” I don’t even know what those words mean, and they didn’t help us understand the significance of videos of a rain forest and a river in which, seemingly, nothing happens other than the wind blowing and water flowing. Maybe I just don’t appreciate the post-colonial irony of water responding to gravity. 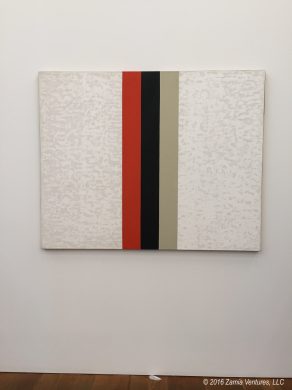 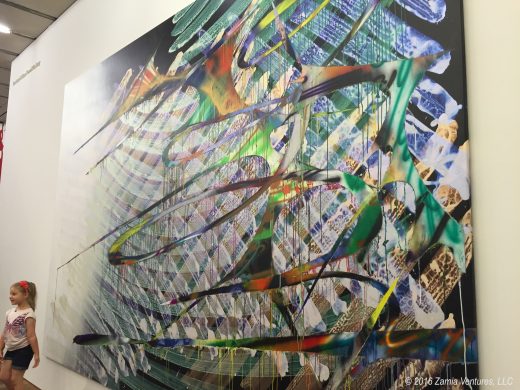 This girl obviously has more sophisticated taste than us

For us, the building was the star of the show, and we thoroughly enjoyed seeing the property. The starkly modern building has a lovely integration with the natural environment, with multiple terraces that feature incredible views across Biscayne Bay, including a great combination of areas under roof (hooray for shade) and directly outside. We even walked home despite the July temperatures — strolling along the waterfront through a series of parks was surprisingly pleasant. We’ll probably be back in cooler temperatures to enjoy the exterior seating at the on-site restaurant.