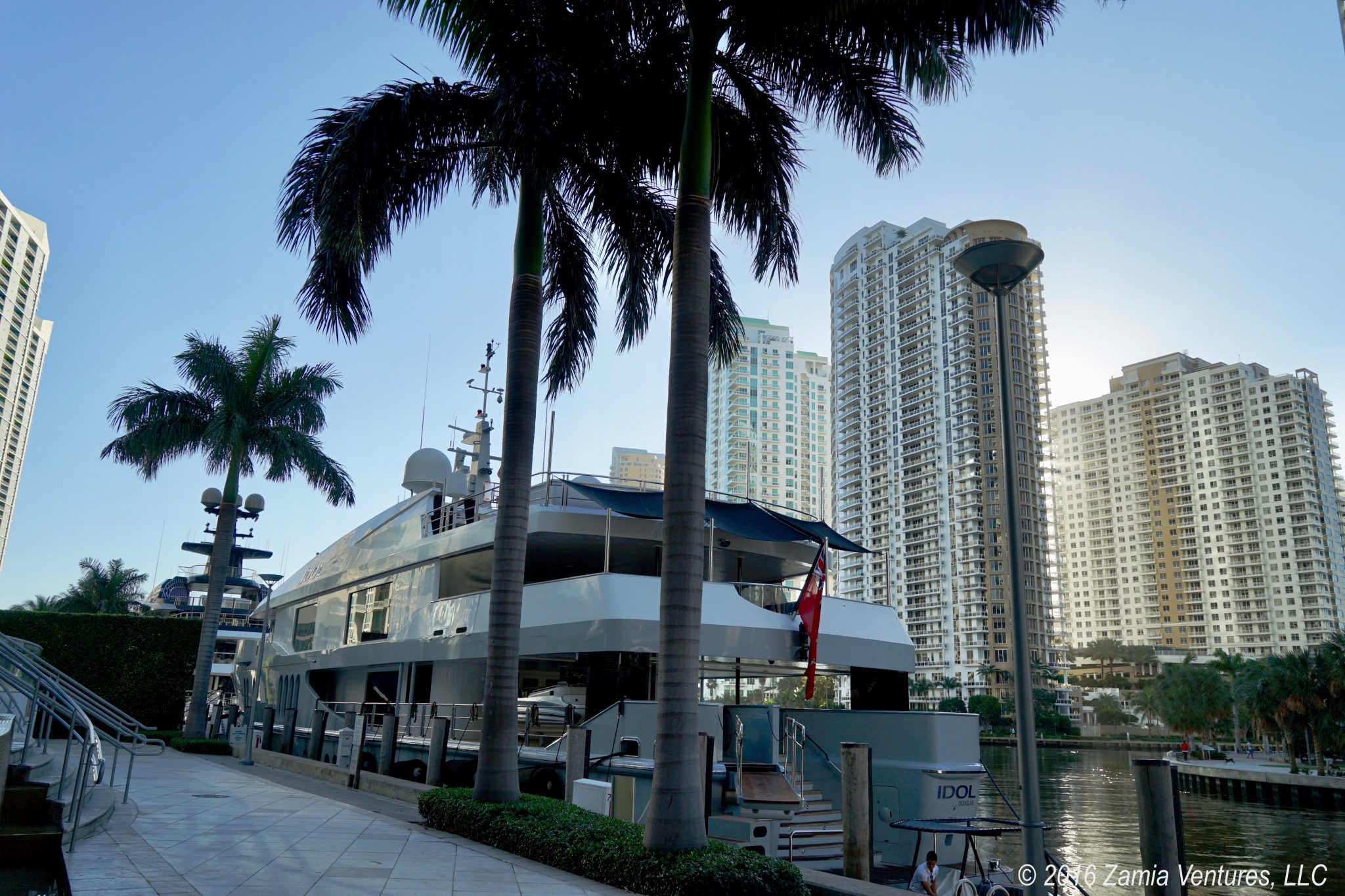 Of course a glamorous oceanfront city like Miami is going to attract a healthy amount of wealthy, glamorous, sun-loving people, who will bring their favorite water-related toys. But I would have expected that these celebrities and entrepreneurs would keep their yachts parked in exclusive locations, fa 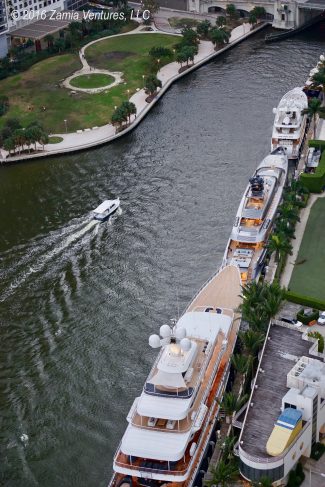 Epic marina from above, Fountainhead at bottom 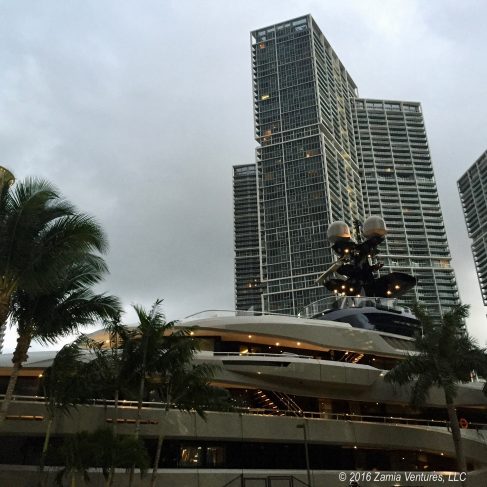 The 2015-2016 winter saw a lengthy stay by Fountainhead, a 288-foot yacht owned by entrepreneur, TV personality and sports aficionado Mark Cuban. The vessel not only dwarfs buildings on the adjacent land, but its (two! 40-foot!) tenders are what most people would consider pretty nice boats.

Probably the most unexpected development of early 2016 was the arrival of a superyacht that was even larger than Fountainhead, in the form of 312-foot-long Kismet, owned by automotive entrepreneur and sports team owner Shahid Khan. Of course we had no chance to snag a private tour, but this article provides great information including pictures of the incredible interior on this sleek yacht. 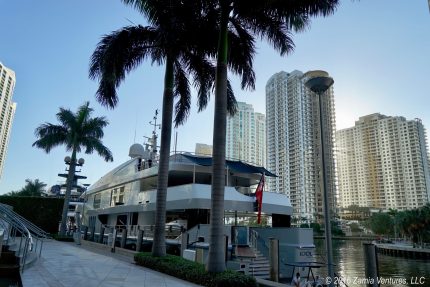 Idol (with kismet behind) as seen from Riverwalk 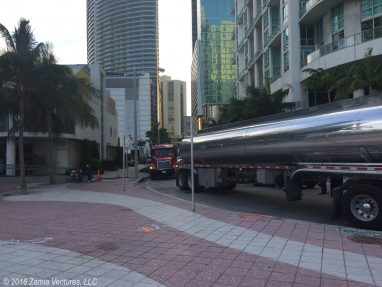 There are several good vantage points for drooling over the yachts docked at EPIC Marina. The moorings toward the west end of the marina are directly along the portion of the Miami Riverwalk in front of the EPIC Hotel (map). For a view that takes in the whole boat — getting too close can make it hard to see the entire vessel — try walking over the Brickell Avenue Bridge on the eastern pedestrian area (map). Finally, full broad-side views of the yachts parked at EPIC are also nicely presented to the pedestrian walking path around Brickell Key (map).

The strangest thing about docking at EPIC is the difficulty of fueling up the boats. Observation suggests that refueling Fountainhead requires not one, not two, but three full tanker-trucks of fuel — which arrive at night and park on Biscayne Blvd, a/k/a US1, to fill up the boat. According to the manufacturer’s specifications, the yacht holds over 88,000 gallons of diesel, which explains the petrochemical parade that accompanies each gas-up.

An overflow downtown location for superyachts that can’t fit into the EPIC (Miami: too many superyachts in one place!) is the basin immediately north of the American Airlines Arena. Yachts docked at this location are anchored directly next to the Museum Park Baywalk (map), a public walking path, and easily visible from the pedestrian walkway along the northern side of the American Airlines Arena (map).

The newest anchorage designed specifically for superyachts in Miami is the Island Gardens project located on Watson Island (map). As of the date of this post the marina has recently opened for business, and is reportedly capable of hosting vessels as large as 500+ feet. The rest of the project will include hotels, shopping and restaurants, so once completed it should afford Miami residents yet another opportunity to gawk at the amazing toys of the super-rich. We’ll visit when we can!