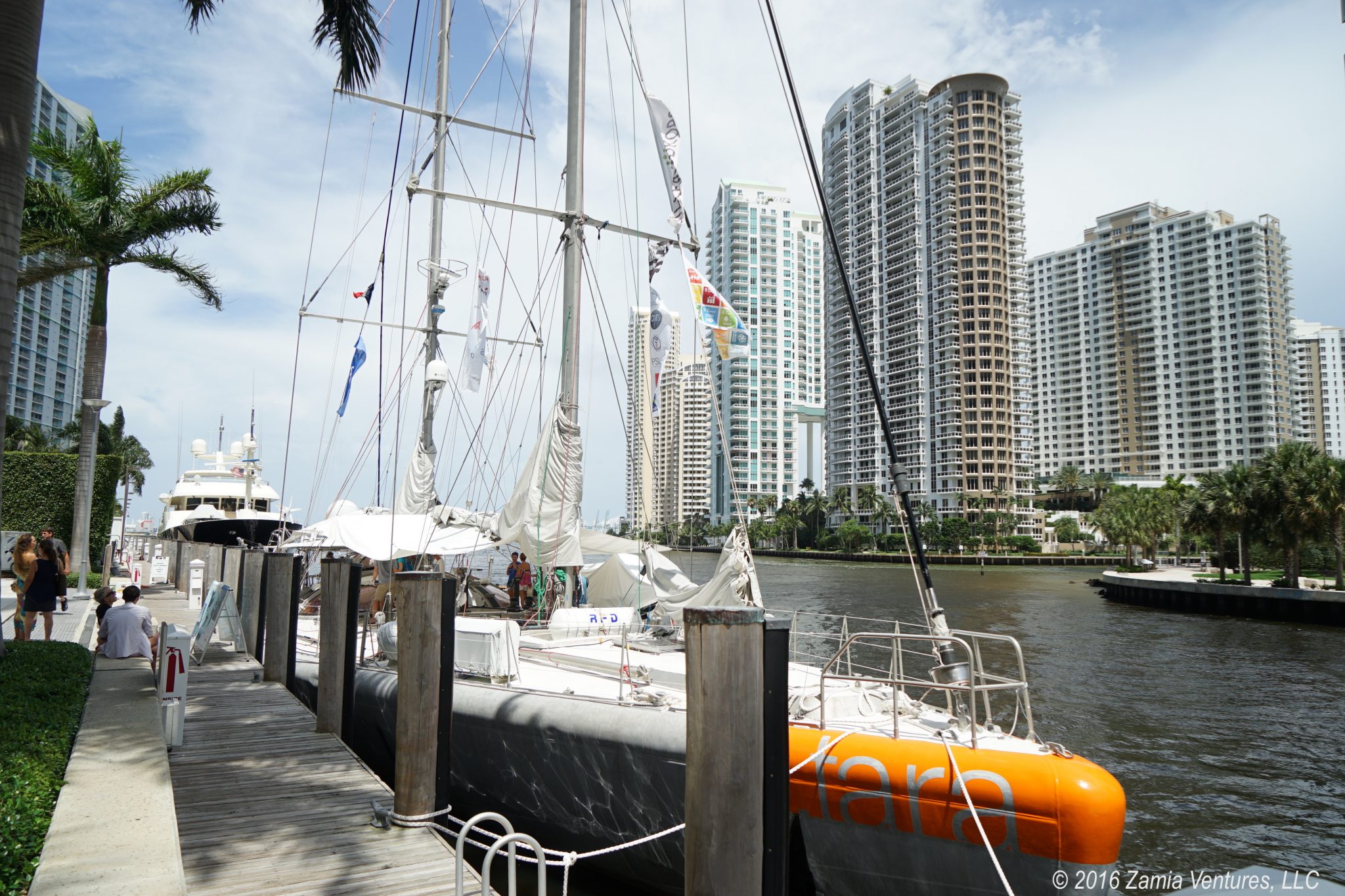 I was interested to see that a science research vessel was parked alongside several superyachts at the nearby Epic Marina, so when I learned the boat was offering tours over the weekend I had to check it out.

Tara is a very tough dual-masted schooner designed for oceanic research. Her original mission was polar expeditions, which involved freezing the boat into the Arctic ice and drifting around the North Pole for up to two years. Her second owner was the Kiwi sailor and explorer Peter Blake, who was killed by pirates in the Amazon River delta in 2001 while undertaking research on climate change and pollution. Wow!

Understandably renamed after the ill-fated Amazonian work, the ship is currently owned and operated for non-profit purposes by group led by French fashion designer agnes b. As explained by the friendly scientist who led our tour, the nonprofit organization provides the vessel as a platform for research and determines and overall research agenda. Scientists with compatible research agendas are then invited to participate, and must provide their own instrumentation and personnel to collect samples. 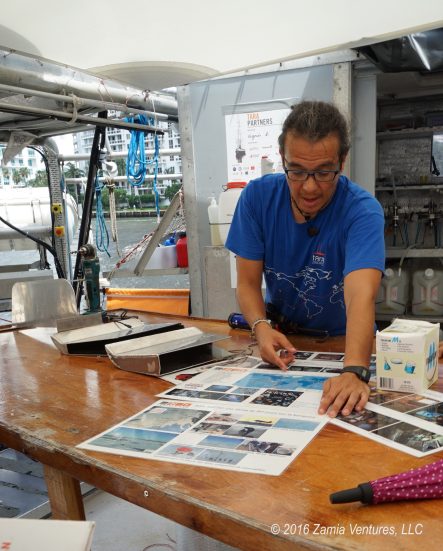 Learning about the project in the wet lab used by scientists. 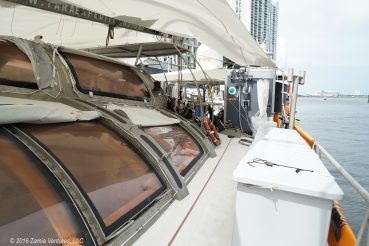 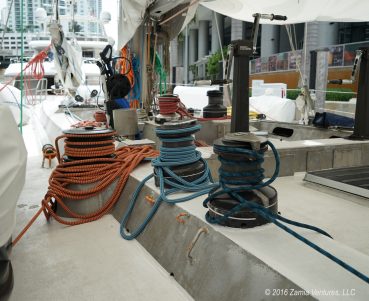 Tara functions with 6 crew members and can accommodate up to 10 scientists. The Miami visit is part of a two year expedition focused on water chemistry and microorganisms in the ocean, particularly how Pacific coral reefs are reacting to climate change. Check out their website for more information.

I was impressed by the sturdiness of the boat, which is not surprising given that it is designed for rigorous expeditions to some of the most extreme climates on the globe. Apparently the heavy insulated windows, which seemed like a good idea for the Arctic expedition, create a greenhouse effect inside the boat in warmer climates, making it hard to maintain a comfortable temperature. Luckily Tara is a sailboat and usually benefits from breezes, including some clever air-directing mini-sails that funnel wind down into the hold. 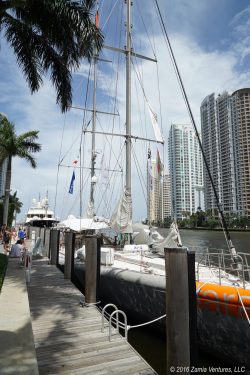 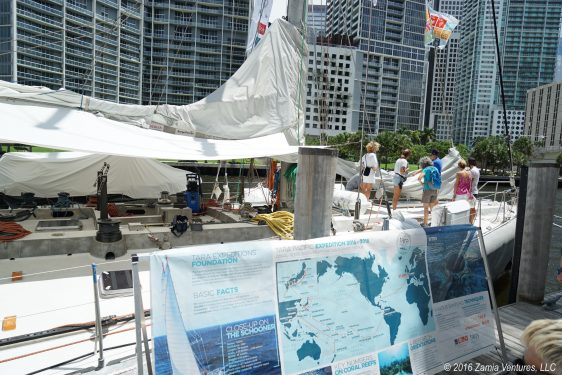 However, she cannot be under sail alone for long — the very large amount of scientific equipment board, including very low temperature freezers for samples, requires a huge amount of power so she can only travel two hours under sail without generator power before the batteries are depleted.

It was fun to have a unique boat as a temporary neighbor, and even more fun since the public was invited aboard (unlike your average superyacht).