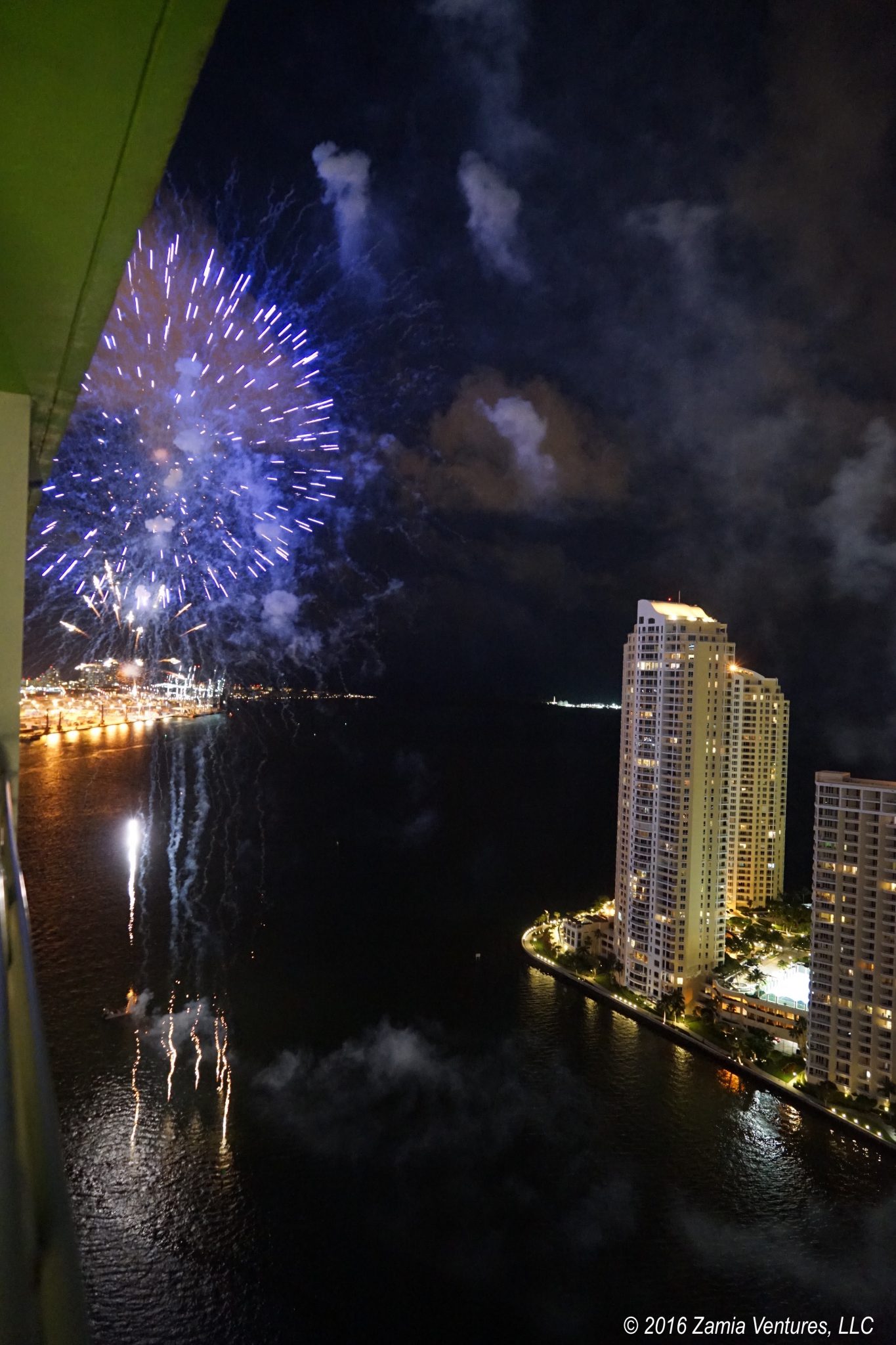 Last weekend we were roused from a peaceful evening of movie-watching by fireworks that were very loud and very close to us.

Now, we often have fireworks in downtown Miami, but they are typically displayed above Bayfront Park (for festivals or holidays) or American Airlines Arena (for Heat games). We can’t see those fireworks shows directly because of the direction we face, but instead we hear a distant thunder-like rumble and see the light show reflected on surrounding buildings.

This time, we could actually see the fireworks. They were impossibly close, basically right in front of our building at the mouth of the Miami River. Naturally, I took photos. 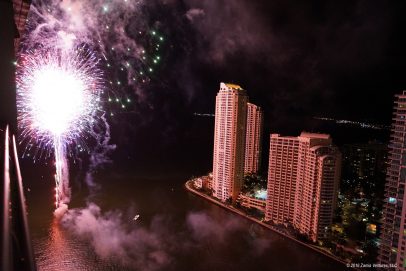 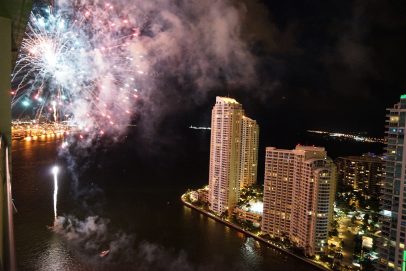 We were so startled by this blinding display that it took us a while to begin figuring out what might be going on. Eventually we decided — based on the location of the fireworks and the large and appreciative crowd that we could see — that the fireworks were intended for the enjoyment of the folks packing out the amenity deck of the Epic Hotel.

So we learned a few things. One, my new camera performs great in low-light, high action situations. Continuous shooting mode makes me giggle with glee. Two, ain’t no party like a Miami party, ’cause a Miami party has private fireworks. 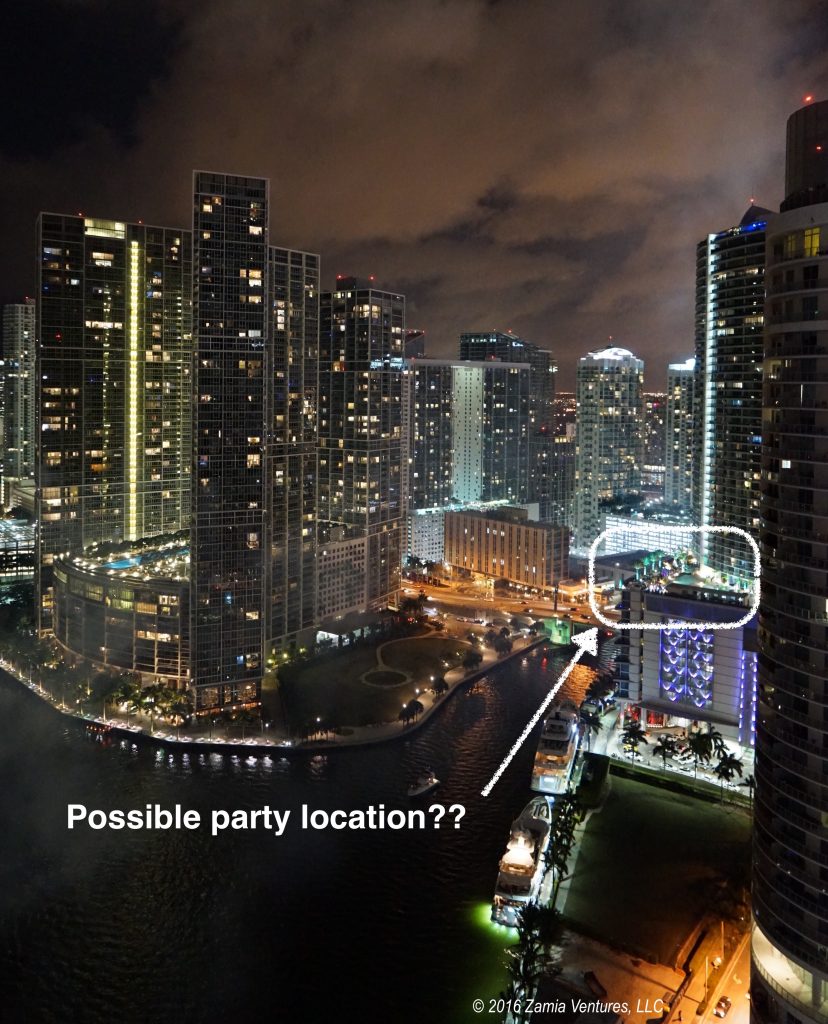 Running (or Swimming?) through Coral Gables