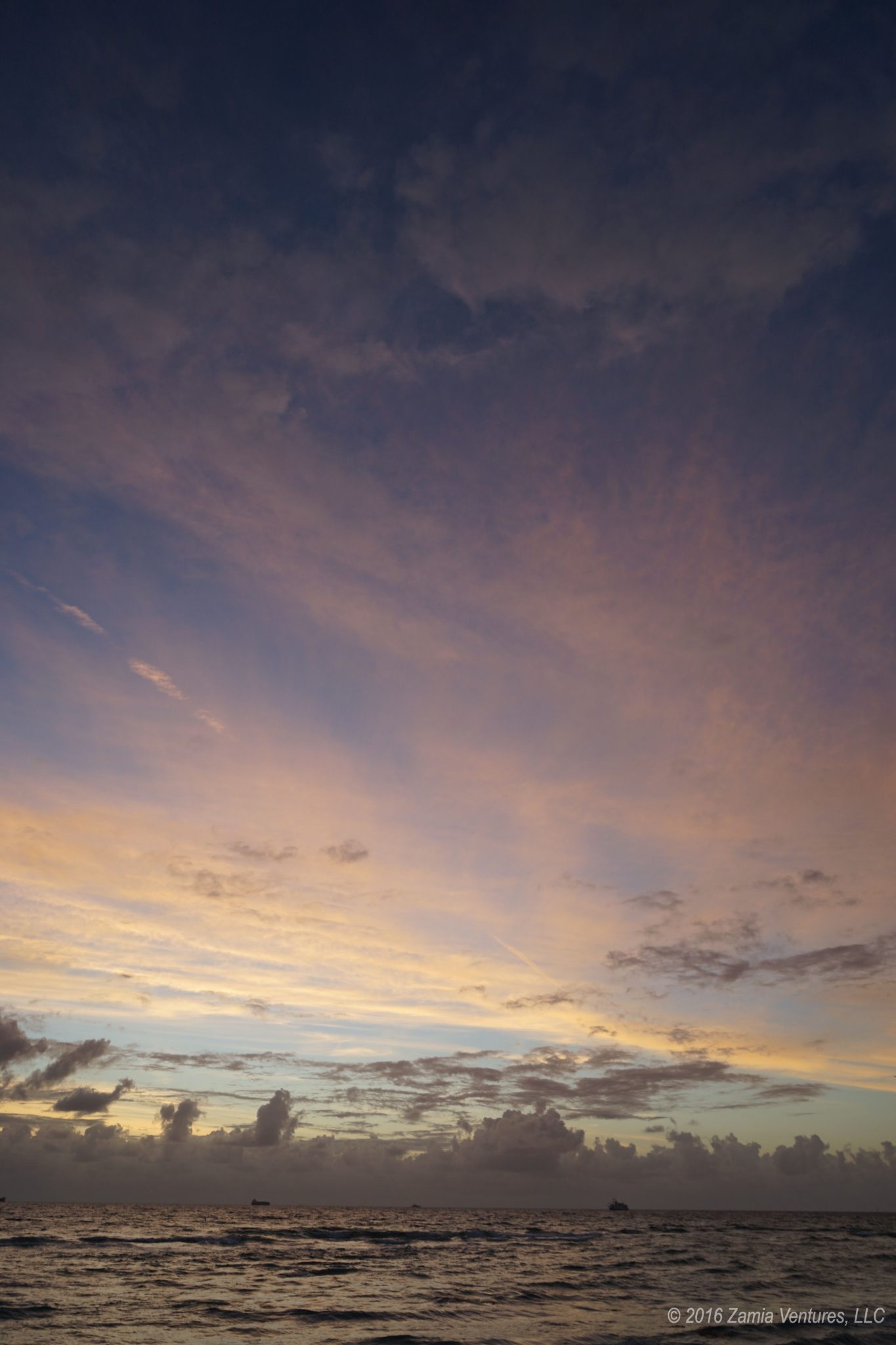 Our tradition is to begin each new year before dawn on an east-facing beach, watching the sun rise in the renewal of the year. January 1 is an arbitrary marking of the planet’s journey around the sun, but we like having a compelling reason to visit the beach at least once each year. We begin each new year making unrealistic resolutions about making more time to see the ocean, and new year’s morning usually ends up being both our first and last visit to the beach each year. So making and breaking resolutions begins on January 1, with our typical efficiency.

My goal is normally to take photos that capture just a portion of the palette presented by the changing light and clouds, and I was not disappointed in this respect.

Since moving to Miami, however, we needed to find a new location to greet the new year. We settled on Miami Beach out of convenience / lack of foresight. A pre-dawn foray to the beach usually means empty parking areas and relative quiet, other than the waves and wind. On Miami Beach, we discovered that people are still exiting parties at dawn, parking lots are full and light pollution obscures most planets and stars. 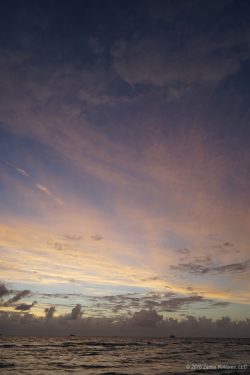 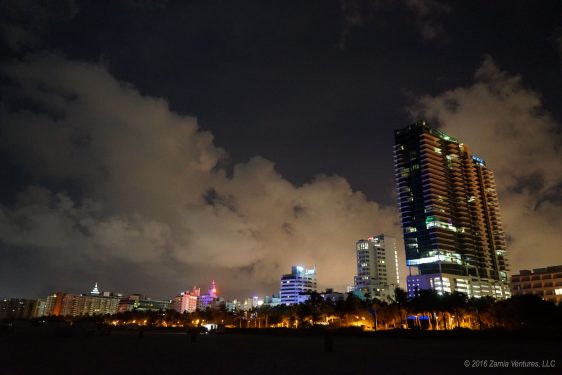 Lights and activity on the beach

While we expected a beautiful ocean (our beloved Atlantic) and some tranquility, we found mostly trash littering the entire beach, and heavy utility vehicles working to clean up the area for another day of tourist enjoyment. It was definitely a reminder that we are living urban now. 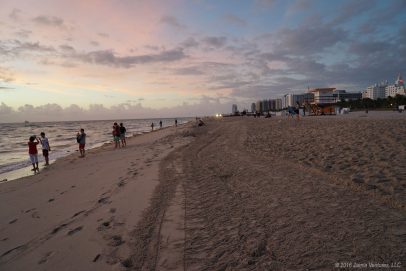 And so we wait 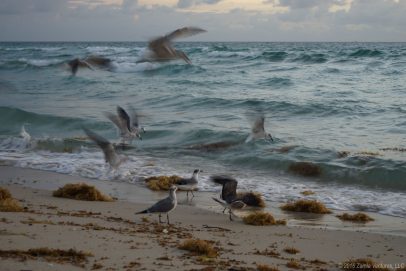 The most unusual event was being in the midst of a seagull attack that seemed like a reenactment of the The Birds.

After a brief period of panic we realized that the seagulls are even more adept than the utility workers at finding edible trash, and we had managed to settle down in an area with particularly sought-after litter. Next year, we’ll likely opt for a more natural area to welcome the year. Or, we’ll remember to bring to bring food to bribe the aggressive gulls.