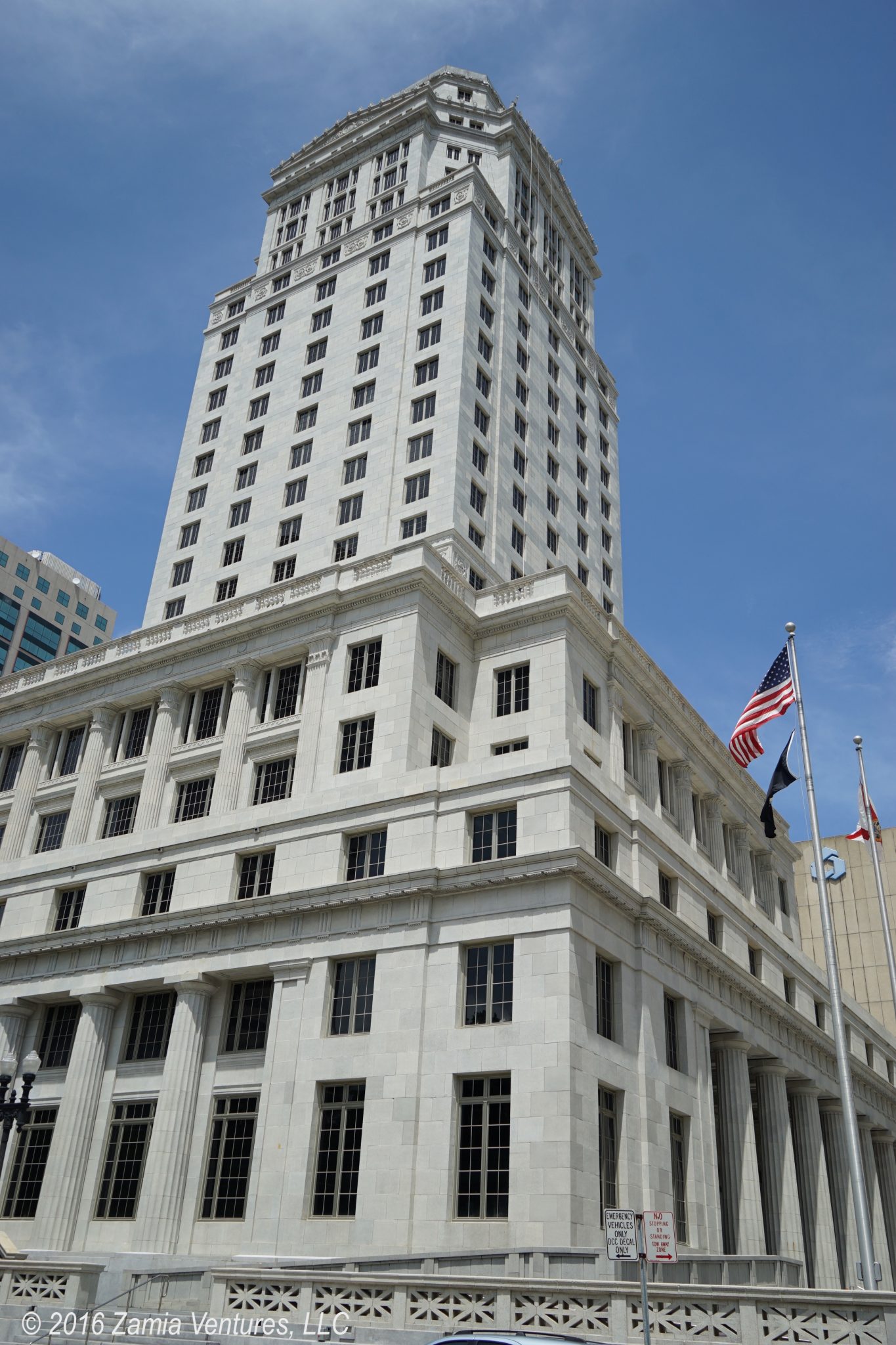 I was at Miami’s government center visiting the main library to pick up my brand new library card — can’t wait to start borrowing ebooks!! — and took a side trip to take some photos of the historic 1925 courthouse next door.

Although it’s one of the older buildings in downtown Miami, according to the Wikipedia entry what is now the historic courthouse was actually the third structure to serve that function, and all three were built within 30 years. That’s just one result of insanely fast population growth. 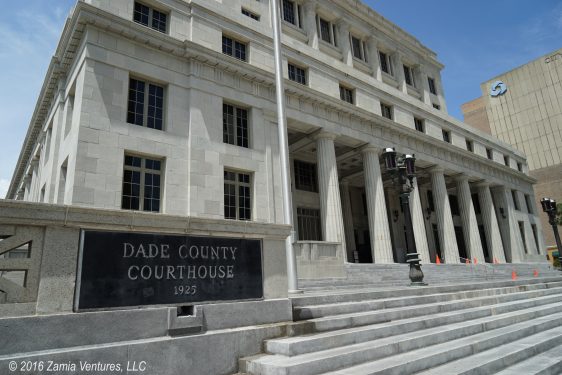 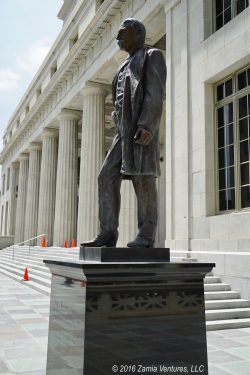 Speaking of population growth, the courthouse proudly displays a statue of one of the people who did the most to bring about that explosive growth — Henry Flagler, namesake of Flagler Avenue, the main street of downtown Miami. As described in more detail in my post about Miami founder Julia Tuttle, Mrs. Tuttle’s business offers to Flagler ultimately convinced him to extend his Florida East Coast Railway to Miami.

Given the rapid succession of new courthouses between 1899 and 1925, it’s pretty surprising that the 1925 version is still in use today for Miami-Dade County judicial services. Fortunately it has undergone significant restoration and upgrades to modernize the building while preserving the historic facade. 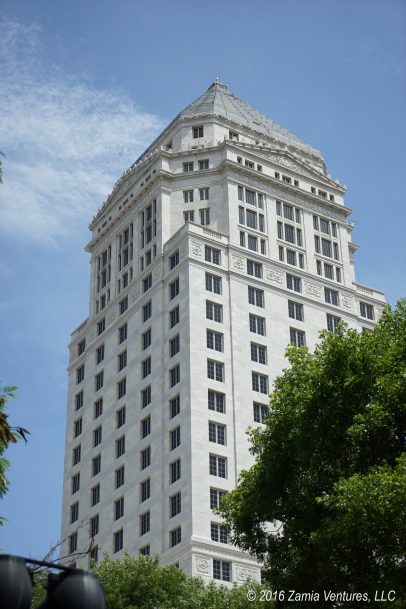 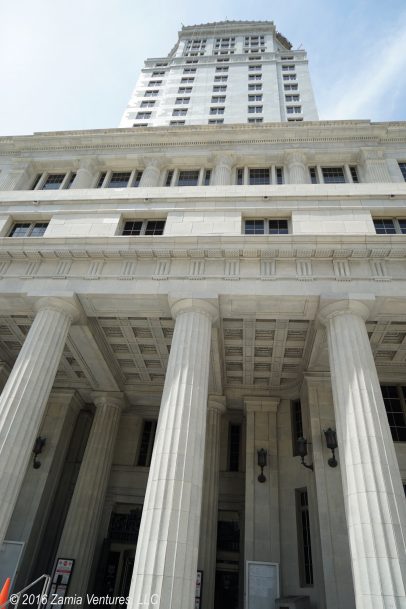 According to the application for designation on the National Register of Historic Places, with a height of 336 feet above street level the courthouse originally towered over all of Miami, and its electrically illuminated exterior was reportedly visible from 100 miles out at sea. Today, of course, this prominence is lost thanks to the proliferation of modern skyscrapers in downtown Miami. But at least this building remains a vibrant and active part of the civic life of Miami while serving as a reminder of the city’s history.

Here is a great historic photo of the courthouse in its early years downloaded from the photo archive of the Broward Cunty Library (https://digitalarchives.broward.org/digital/collection/greatdays/id/312/): 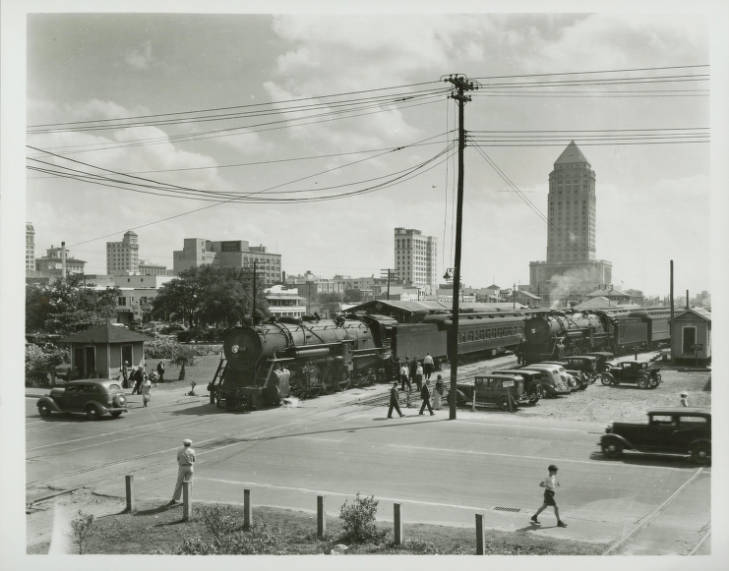