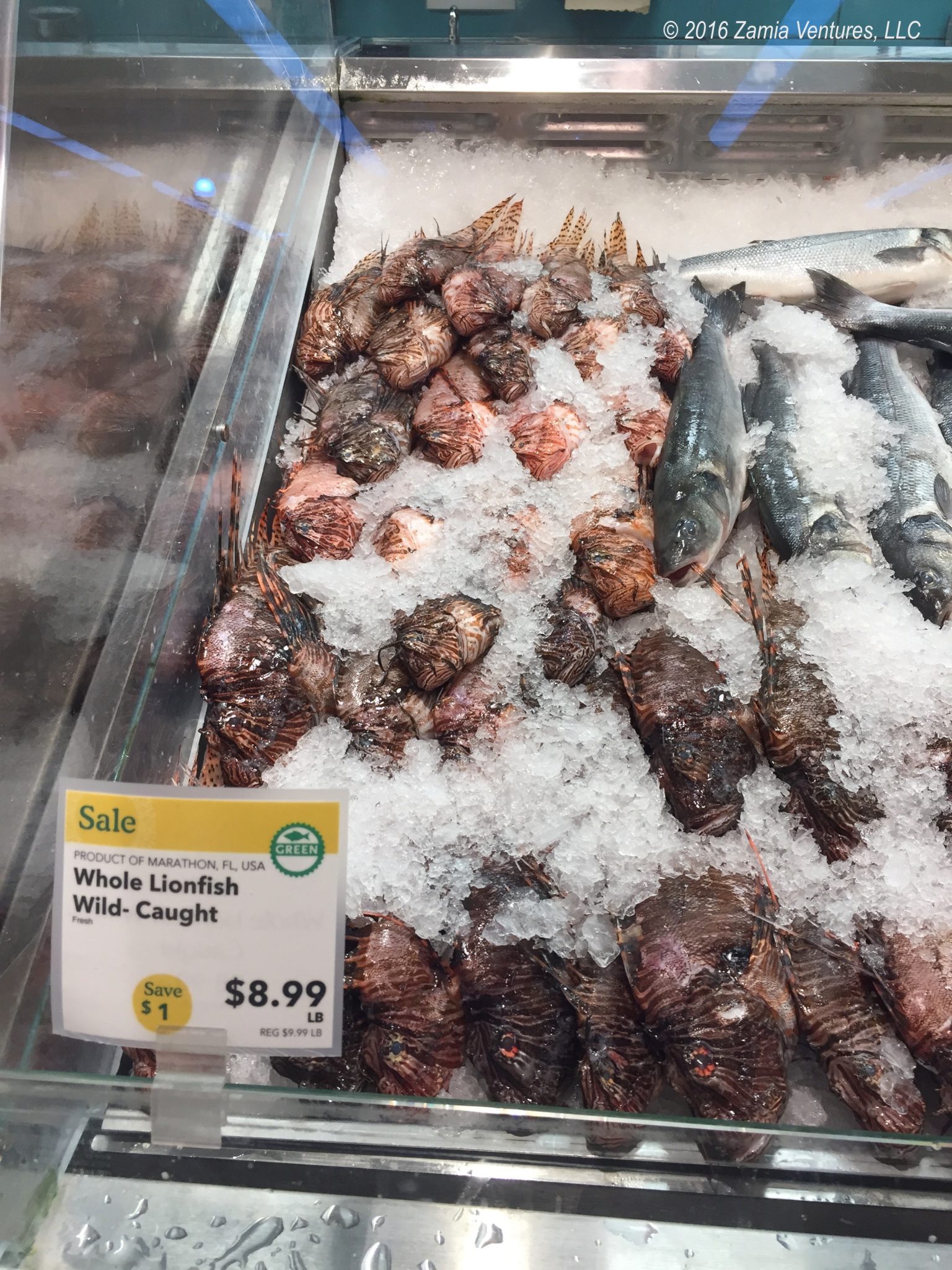 Florida’s subtropical climate creates a unique ecosystem that is, unfortunately, ripe for invasion by plants, animals and insects from similar climates around the world. Filling South Florida with invaders from tropical areas is a time-honored tradition — many pioneers came to Florida specifically to grow tropical plants such as coconut palms and pineapples.

One of the invaders that receives a lot of press is the Burmese python, one of the largest snakes in the world. Like many other invasive species, these critters have been imported to South Florida from southeast Asia. Unfortunately, these hungry beasts have been released into the wild and established themselves within Everglades National Park, eating just about everything that moves. While this makes for entertaining annual snake bounty hunts, it’s a disaster for the ecological balance of the Everglades.

A lesser known but equally important threat in the marine world is the lionfish, which is native to the Indian Ocean and the waters around southeast Asia (where else?). While they are lovely to see in an aquarium, according to the Florida Fish and Wildlife Conservation Commission, lionfish in Florida’s waters are aggressive hunters that are terrorizing the native inhabitants of our coral reefs and have no natural predators …. until now.

I was thrilled to see that my local Whole Foods is now selling lionfish in the fish market as part of the concerted effort to create demand for them. The fishmongers will even handle the unpleasant task of scaling and filleting these spiky fishes. I can confirm that the fish are light, flaky and delicious. If only all our environmental problems could be solved by eating them!

Oh, and a quick reminder. People, do NOT release your unwanted exotic pets outside. Seriously.