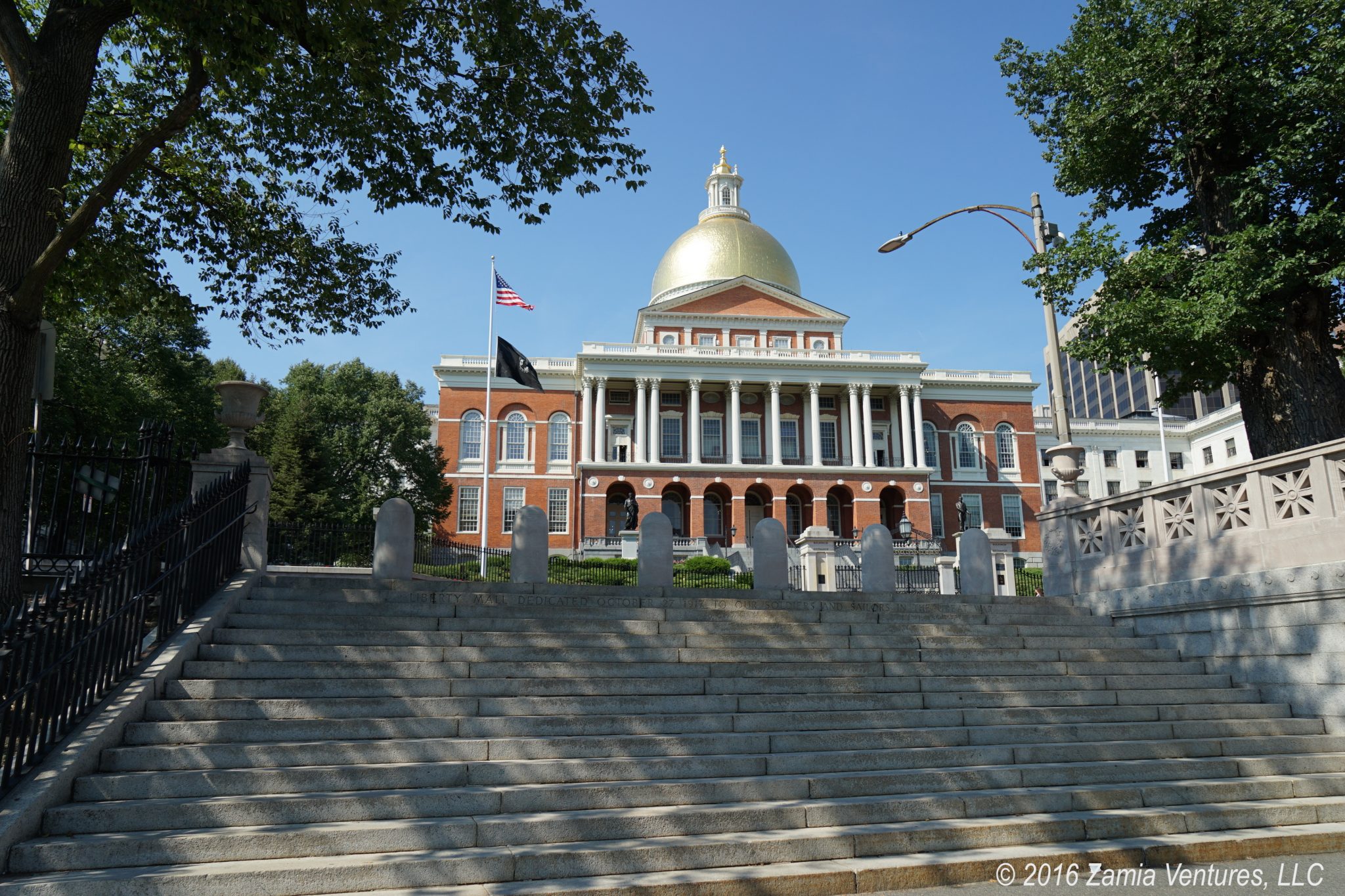 I was in Boston for work-related meetings, and fortunately my mid-afternoon flight arrival gave me several hours to explore Boston before my first meeting in the evening. Boston is a great destination for a nerdy history buff, but with only a few hours to spend I went with the most obvious choice — a ramble along the Freedom Trail.

This 2.5 mile path, marked by red bricks inlaid in the sidewalks, links numerous sites that were significant in the revolutionary era. They are sprinkled throughout downtown Boston, with a few across the Charles River in Charlestown. As a result, the core of Boston is a very interesting combination of well-preserved historic buildings and modern skyscrapers.

I enjoyed fabulous weather, the type that New Englanders wait for all year, and the town was filled with tourists, tour guides sweating in their 18th century costumes, and very happy locals out enjoying the sunshine and warmth. I managed to cover all of the Freedom Trail south of the Charles River before heading to my hotel to get ready for my dinner meeting. Bunker Hill had to be left for another trip, unfortunately. Click through the gallery below for some of the photos from my brief but fun tour. 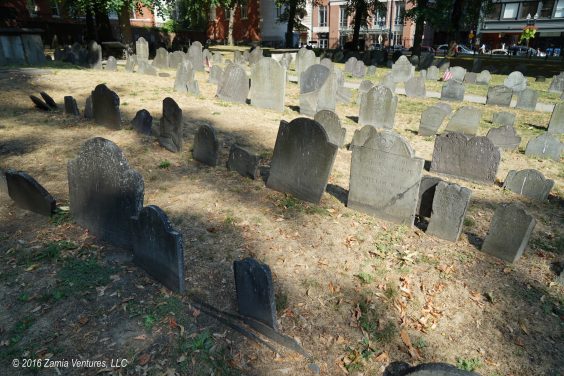 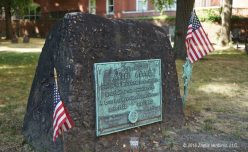 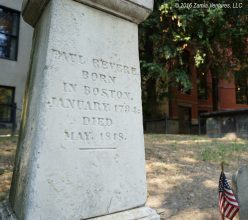 Paul Revere memorial – the small grey stone next to the flag is the original tombstone. 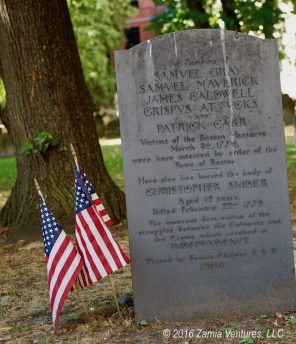 FInal resting place of the victims of the Boston Massacre. 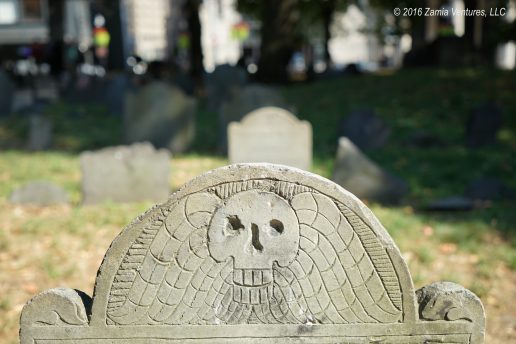 Since I had so little time, I did not have the opportunity to go inside many of the buildings. This is a big departure from our usual museum style — involving reading every single exhibit, explanation or description. I did make one quick stop inside the King’s Chapel, which caught my attention because it was the first Anglican church in Boston, founded in 1686, and after the American Revolution it became the first Unitarian church in America.

The cornerstone of the current building was laid in 1749, and was constructed in an unusual fashion. The granite-clad building was much larger than the original wooden building, and was needed because the congregation outgrew the space. The new building, located on the same lot as the original building, was built around and over the existing church, which remained in use during construction. When the new building was done, the original church was disassembled and removed plank by plank through the windows of the new church! One result of this unique method of construction is that the church could recycle the existing pulpit by leaving it in place — making it the longest continuously-used pulpit in the US. Another example of the church’s extreme thriftiness is the failure to build the steeple that was part of the original design. It seems the funding never quite came together, and in any case the church functioned just fine without it. 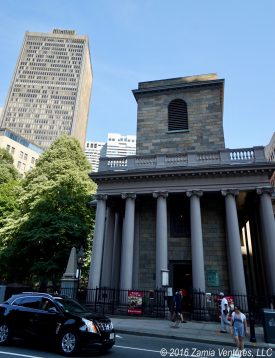 Exterior of King’s Chapel. They never quite got around to finishing the steeple. 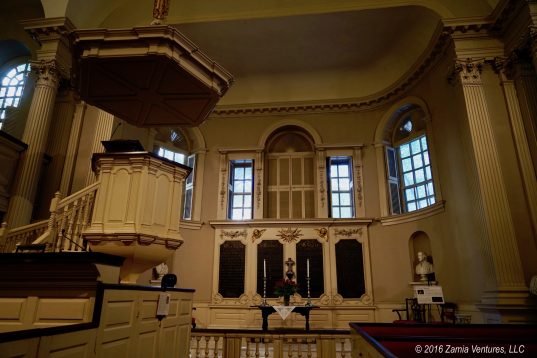 Pulpit and altar of King’s Chapel – the oldest continuously used pulpit in America. 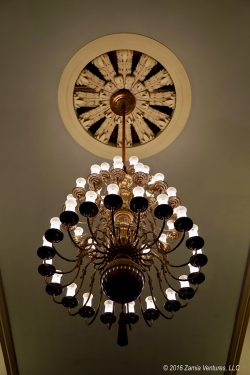 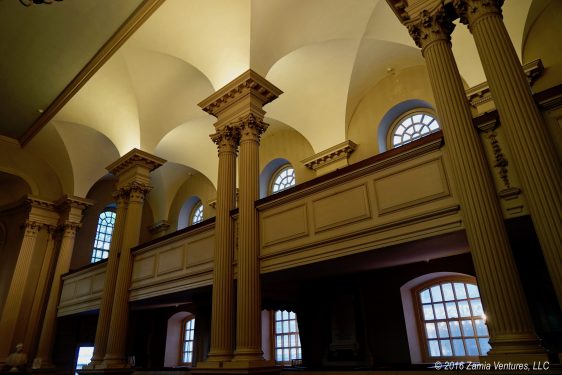 Another thing I particularly enjoyed in my stroll around Boston is the fabulous Greenway that runs along the eastern and southern edge of downtown Boston. This spectacular linear park is one of the many positive results of the multi-decade “Big Dig” project. Previously the park was occupied by a tangle of elevated — and insanely congested — highways. Creation of several new highway routes relieved congestion, and the elevated routes through the city were replaced with tunnels. The newly available surface area has been turned into large landscaped areas, with walking paths, peaceful lawns and interactive water features. The park has totally transformed the feel of downtown and spurred significant new developments in the downtown area. I can’t speak for the people of Boston, but I hope they believe the park is well worth suffering through such a long construction project. It’s certainly an incredible amenity for the city today. 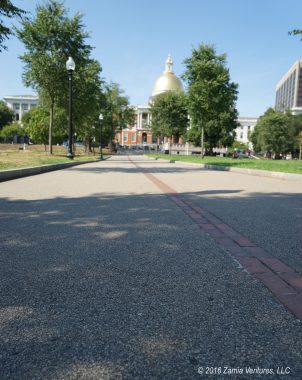 Starting out along the Freedom Trail, headed to the Massachusetts State House. 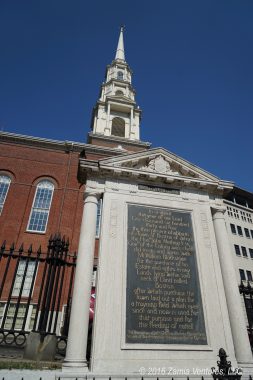 Park Street Church, next to a sign describing the history of the Boston Common. 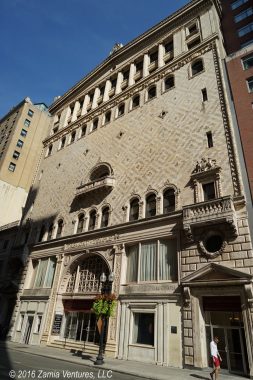 Tremont Temple is not a revolutionary site, but it was the first integrated church in America and important in the abolition movement. 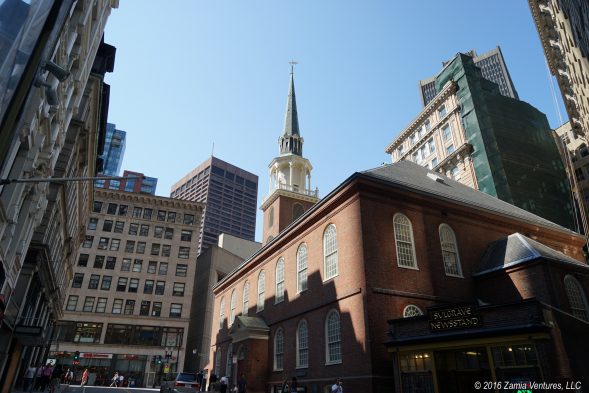 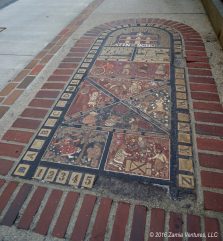 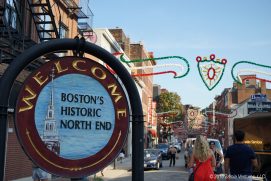 The North End, which became a predominantly Italian neighborhood in the 19th century, was getting ready for the Feast of St. Lucy. 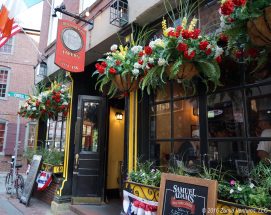 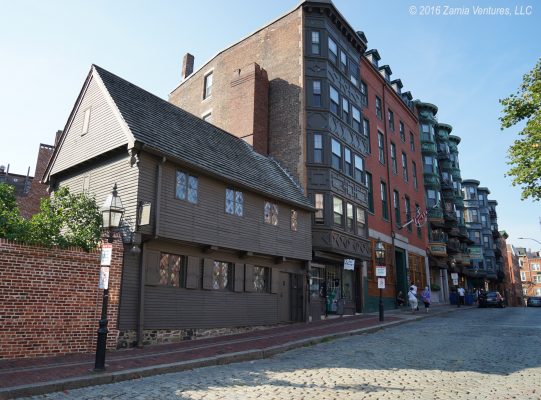 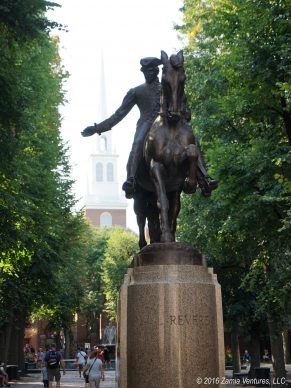 Paul Revere Mall, with equestrian statue and Old North Church in the background. 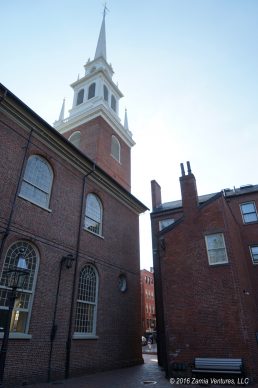 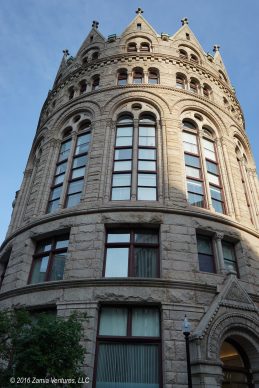 Flour and Grain Exchange, built in the 19th century. 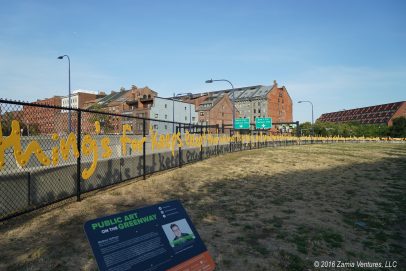 An entrance to the tunnel that makes the Greenway possible. 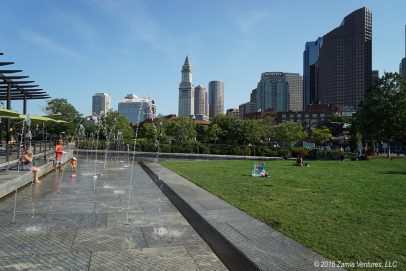 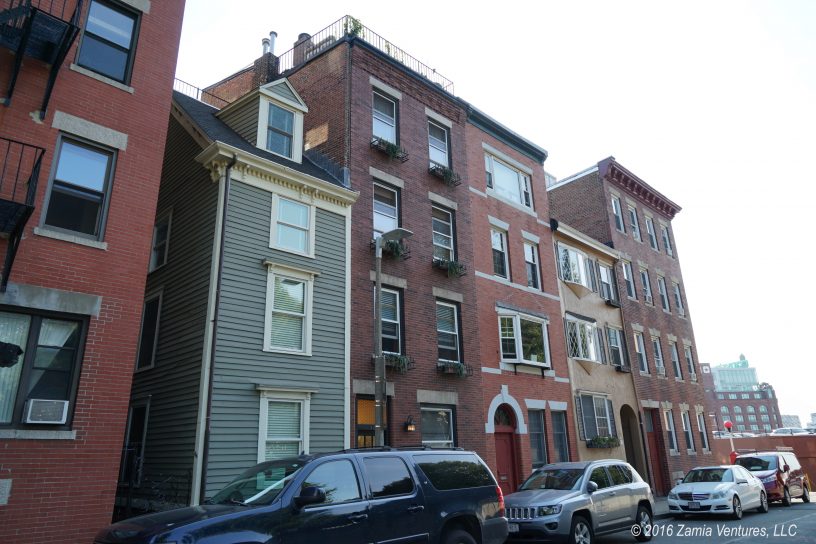 A very tiny rowhouse. The entrance is on the side, down the narrow alley.

2 thoughts on “An Afternoon on Boston’s Freedom Trail”