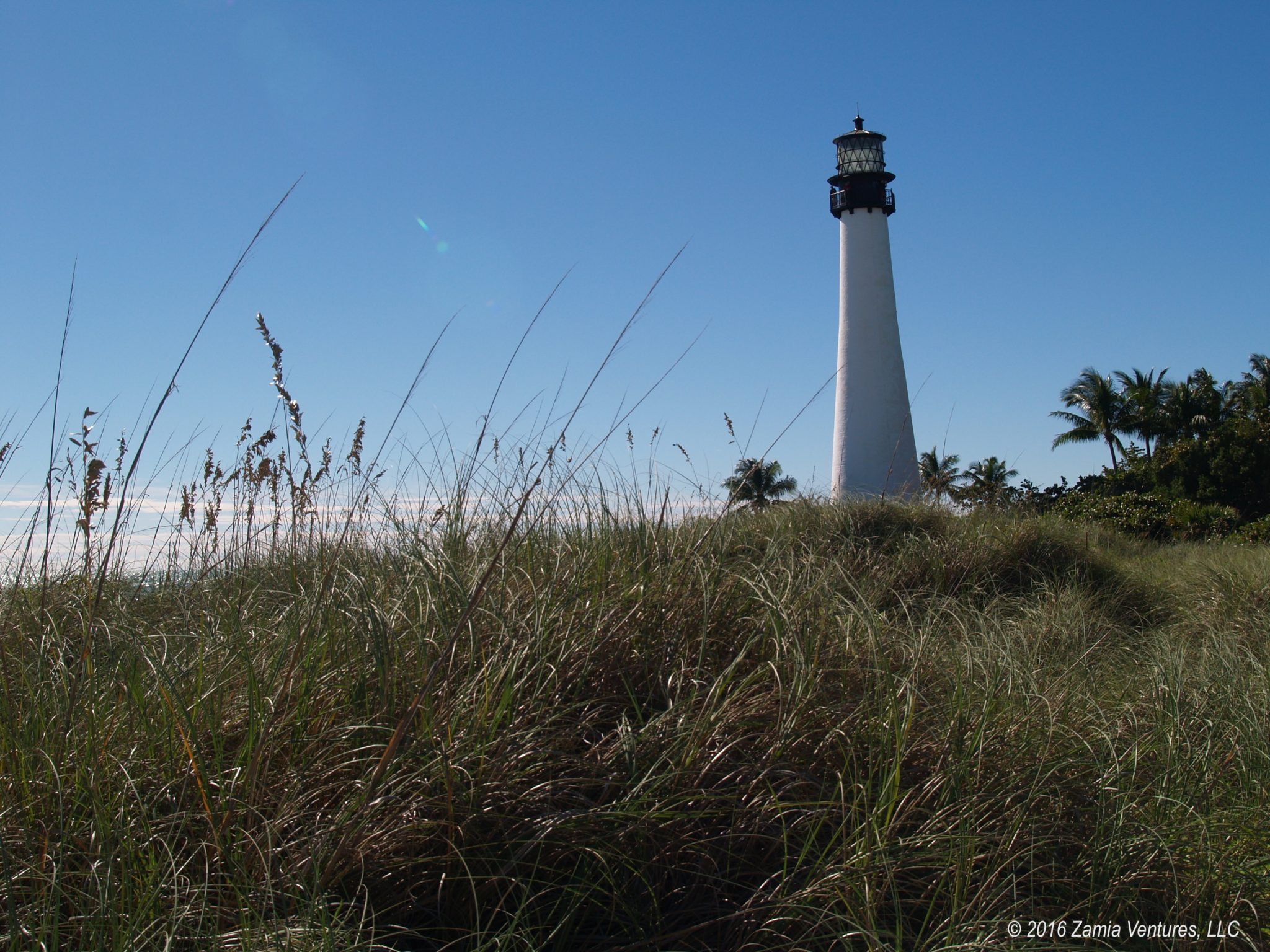 We keep returning to the theme of Miami history as an area of personal interest — it helps to have ancestors who were pioneers in the area — and also because we are contrarians and history seems to be a quirky interest in Miami, a city devoted to all things shiny and new.

Unlike many more established locations, as a young city, Miami’s history is often quite recent and tangible in a way that older cities can’t match. I loved my recent (though brief) trip through American colonial history in Boston, but there’s something to be said for a history that allows us to see photographs of and touch relics from the main players.

The lighthouse at Cape Florida State Park is one of these. Dating to 1846, the lighthouse is the oldest standing structure in Miami-Dade County, and replaced an even earlier version that was originally constructed in 1825. That means the current lighthouse was operating for 50 years before the Florida East Coast Railway brought the first waves of the settlers who built Miami into the city it is today.

Located at the extreme southern end of Key Biscayne, one of the barrier islands guarding the east side of Biscayne Bay, the lighthouse was an early landmark for sailors visiting South Florida, long before the Miami area had much to offer in terms of opportunities for commerce or resupplying provisions. Ralph Munroe, an early Coconut Grove pioneer, boat builder and photographer, memorialized the light in the photo above.

As the organizer of the Biscayne Bay Yacht Club and an important advocate of the region to wealthy yacht owners of New England, Munroe was no doubt intimately familiar with the Cape Florida lighthouse. The light was also owned and operated by several important early pioneers, including Charles Deering, the owner and builder of the nearby Vizcaya estate  on the mainland south of Miami. Preservation and restoration of this lighthouse was one of the early success stories of Miami residents interested in preservation, and the park is named after Bill Baggs, a Miami native, journalist and early advocate for preserving Miami’s natural beauty from development. 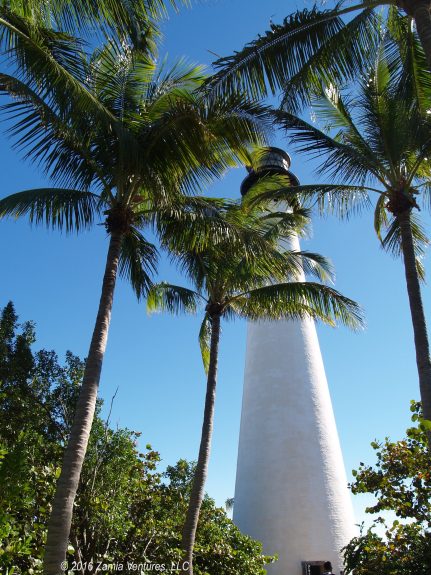 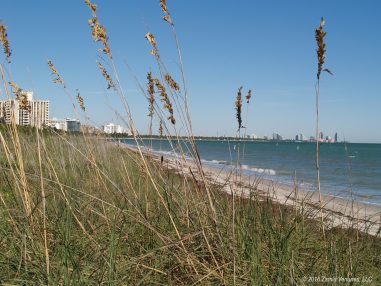 View of Key Biscayne and South Beach development from park 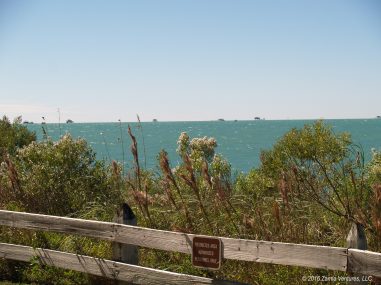 Stilstville structures visible in the distance

We visited on a holiday, leaving us with light traffic and the state park virtually to ourselves. Unfortunately our timing was poor and we missed the twice-daily tours of the lighthouse itself, though perhaps our legs thanked us for avoiding the 100+ steps up a tight spiral staircase. Instead we took a hike circumnavigating the entire park, which brought us down a beach with distant views of more populated areas, which eventually brought us to the historic lighthouse and the adjacent restored keeper’s cabin.

Our hike also brought us around to the west side of the park which opens to the surprisingly expansive Biscayne Bay. Off in the distance we were able to see the last remains of Stiltsville, historical structures built over the water on shoals in Biscayne Bay. The colorful history of these unique buildings is told well in the linked Wikipedia article.

Overall we were delighted to find a seemingly isolated and natural area, with a lovely Atlantic beach, just a few minutes’ drive from downtown Miami. We plan to visit again, with hopes of climbing the lighthouse and getting a birds’-eye view of Biscayne Bay.