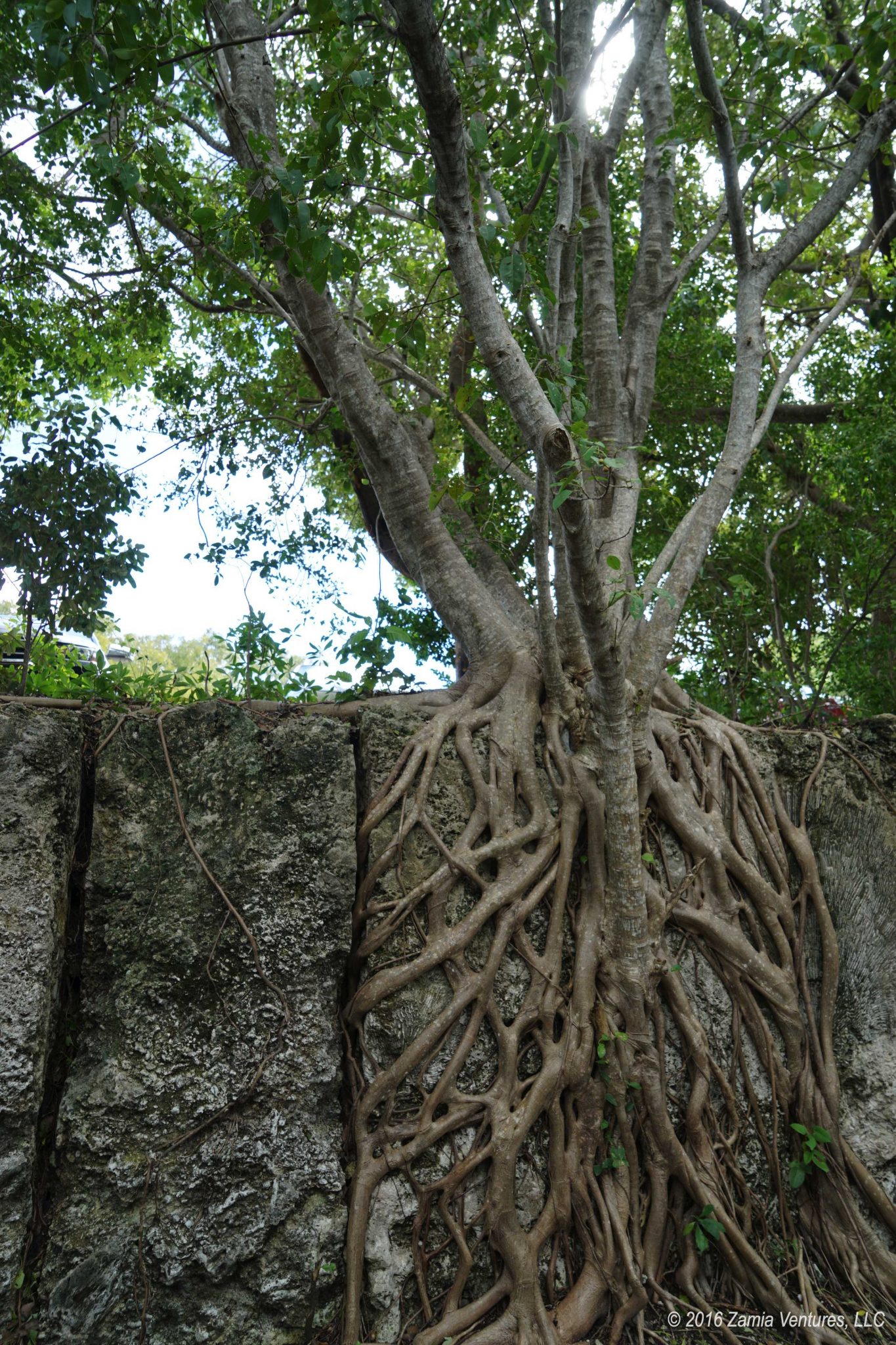 Located just north of Islamorada, the park is located on a small key that features some of the highest elevations in the Keys — which is not saying much. However, the height allows a tropical forest to flourish atop a relatively deep limestone base that is made of fossilized corals dating back thousands of years. 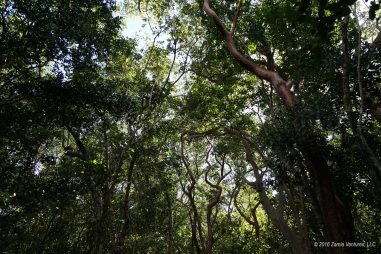 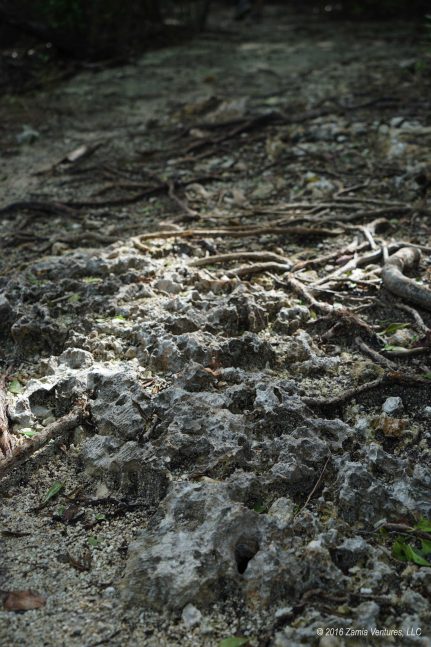 We wandered all of the trails that circle through the park (only a few miles) and loved the proliferation of gumbo limbo trees. In their natural state they grow into weird and astonishing shapes.

It’s amazing that such a dense forest can exist on top of what is essentially a barren rock jutting up from the ocean. Soil is scarce and exposed limestone is common, so large trees are clinging to the surface with rope-like roots.

What about the geology?

The elevation of Windley Key also attracted the attention of Henry Flagler when building the first railroad to Key West. Given that railroads do not operate underwater, immense amounts of fill were needed to create a base for the Overseas Railroad. Windley Key became a major quarry first for the railroad, and subsequently for the commercial production of decorative limestone known as “keystone.” 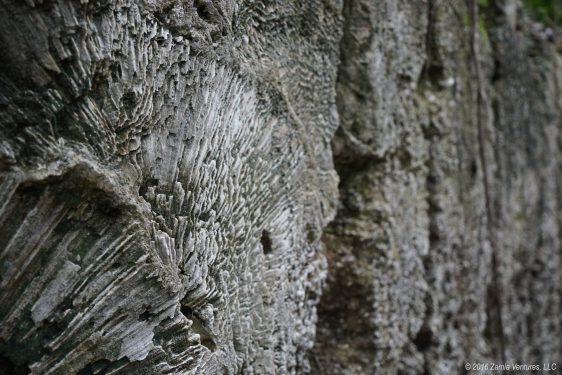 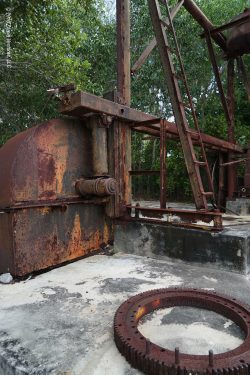 All that digging required inventive machinery to penetrate the limestone, remove slabs, and cut them down to usable size. The unintended result of the quarrying was to reveal cross sections of ancient fossilized corals in a very accessible location. 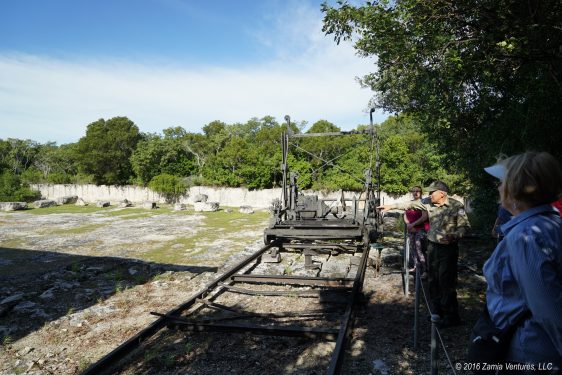 At $2.00 per person, this park offers great value! Take the ranger-led tour ($2.50) to learn about the botany and history of the site. Most important, bring bug spray!