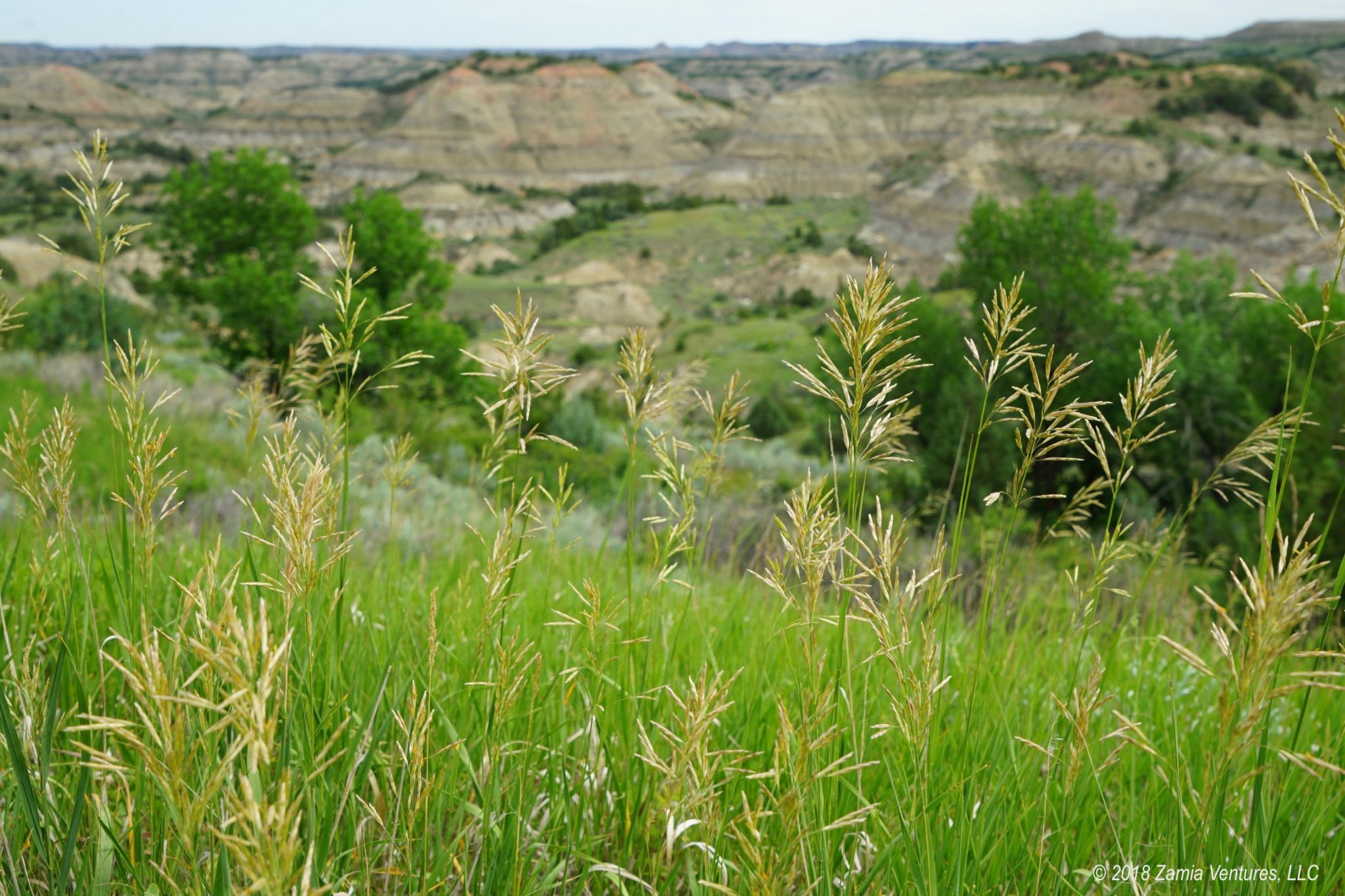 Our slow travel schedule afforded us 10 days to enjoy Theodore Roosevelt National Park in North Dakota, which we split equally between the distinct north and south units, geographically separated by 70 miles. We did not make the effort to reach the Elkhorn area, which is actually the former “home ranch” of the park’s namesake, Teddy Roosevelt, after reading several warnings about very poor road conditions. But even without visiting the site of TR’s former ranch, our time in the area gave us an appreciation of yet another incredible ecosystem and its impact on the future president. 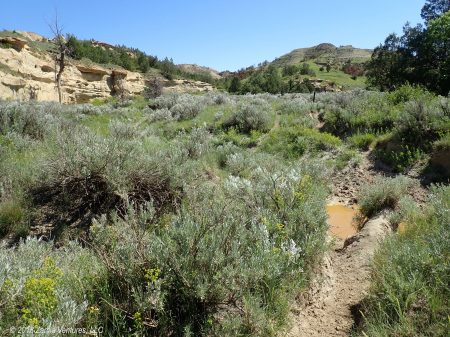 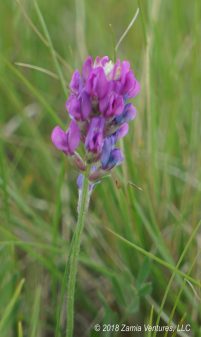 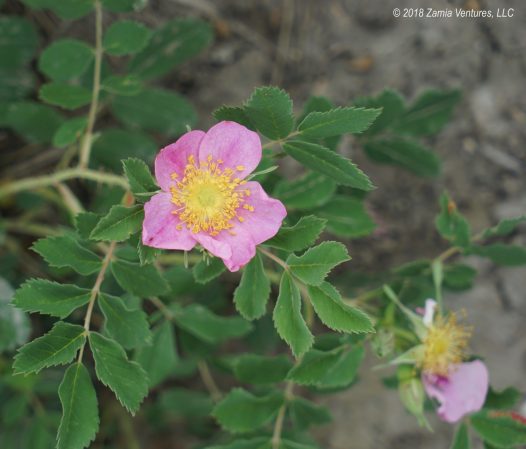 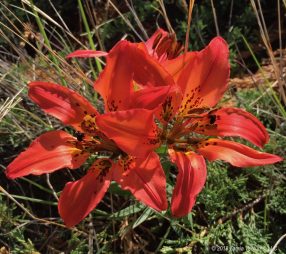 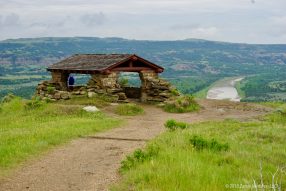 As the park brochure proclaims:

“I have always said I never would have been President had it not been for my experiences in North Dakota.”

TR came to North Dakota grieving for his wife and mother, who died on the same day in 1884 in their shared home (causes: kidney failure and typhoid fever). He spent years becoming a leader and organizer within ranching community and dealing with a great deal of natural adversity. A summer of severe droughts followed by horrific winter blizzards killed off most of TR’s herds by the spring of 1887, which sent him back home to New York to resume his political career. But he spent several formative years of his life here in the North Dakota Badlands, and continued to return to the Dakotas and other western states throughout the remainder of his life. This is the place where his conservation legacy began, so it’s very appropriate that there is now a national park here preserving the unique land that TR fell in love with.

This park combines the rugged appearance of the badlands topography with lush prairies and forested river bottomlands. The combination is breathtaking but also quite alien. In addition to the scenery, there are robust herds of bison, huge prairie dog towns, wild horses (south unit), longhorn cattle (north unit), and much more wildlife. The south unit has a slightly drier, more desert-influenced feel, while the north unit has many dense juniper and cottonwood forests on the hillsides and along the Little Missouri River. Both units are worth visiting, in my opinion, though we slightly preferred the larger south unit.

Cliffs of the north unit mesa 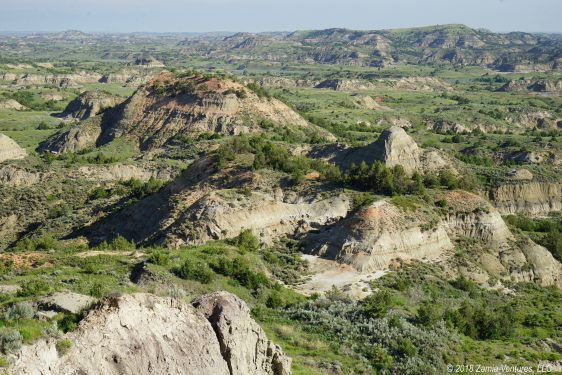 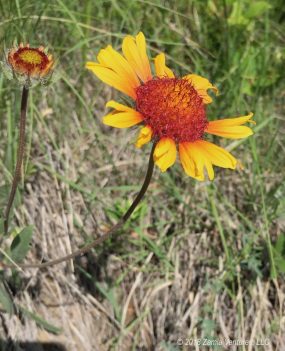 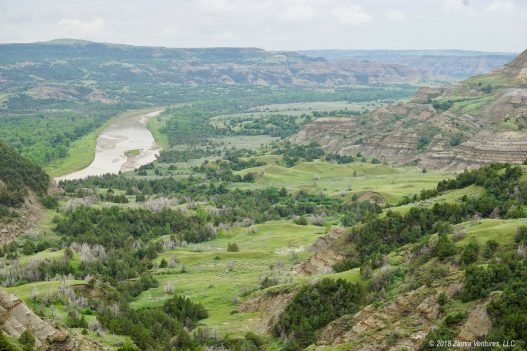 Although the park is full of wildlife and greenery, it struck me as fundamentally harsher and less human-scale than the Black Hills. We visited during the best possible time of year, and still experienced wild weather. One day we awoke to an outside temperature of 39 degrees, but by 4 p.m. the temperature had climbed a whopping 50 degrees to 89 degrees! Temperatures over 90 degrees are common in the summer, but we were smart (and lucky) enough to tackle our hikes on days when temperatures peaked in the 70s. Still, we experienced high winds that buffeted us throughout our hikes, and parching dryness that had us each drinking 48 ounces of water during a half-day hike and eager for more. Despite my rigorous daily application of SPF 55 sunscreen, I ended up with multiple sunburns on my nose and neck.

The eroded rocks that give the badlands their unique appearance are not firm, enduring monoliths. Instead, the crumbling edges of loose rubble are constantly dropping away from the highlands, making all trails ephemeral and difficult to follow. Our longest hike combined the Lower Paddock, Badlands Spur, Lower Talkington, and Jones Creek trails into a loop. It had multiple crossings of streambeds (with water) and two-thirds of the way through the loop we encountered a recent wash-out on the trail along one of these streams. We ended up hoisting ourselves up the crumbling side of a creek bank by grasping the exposed roots of plants just to avoid backtracking 8 miles. 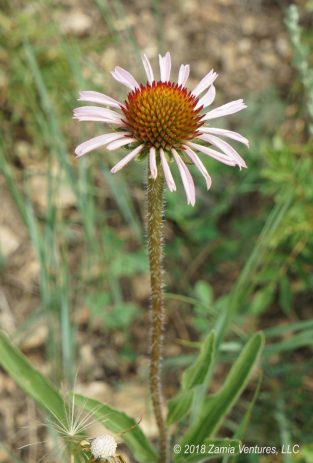 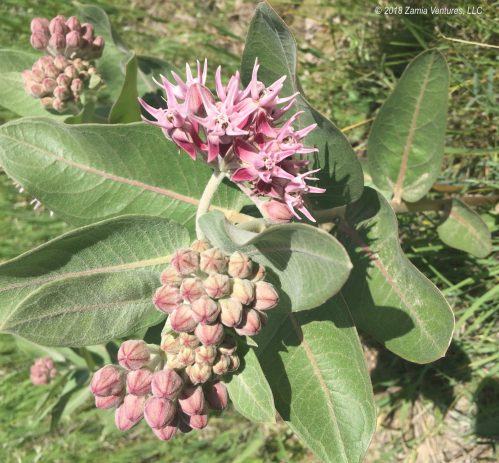 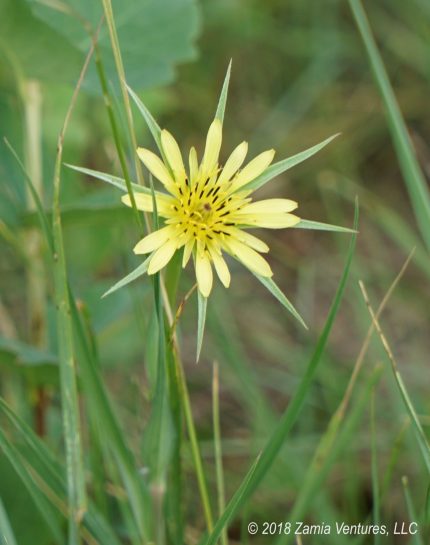 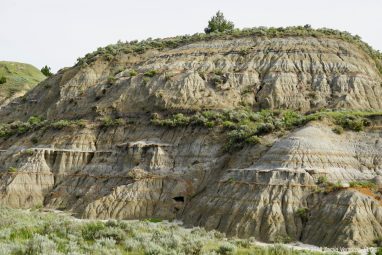 Love the “folds” in the rocks 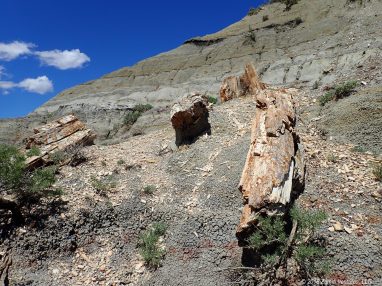 Petrified wood along the trail 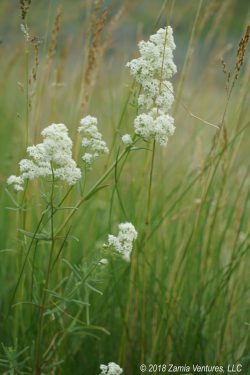 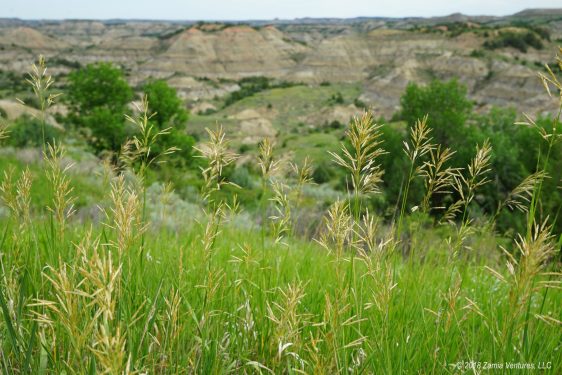 Some rain during our visit also introduced us to the clay-intensive local mud that seems to have only two modes: sucking shoes into a quicksand-like morass, and creating a super-slick surface that quickly fills up the treads on shoes and makes it impossible to walk up or down a slope without slipping. My hiking pants ended up thoroughly spattered with dried-on mud as a result of our adventures in this park. Here’s hoping the next town has a great laundromat!

Another main feature of the hiking trails in the park is that they are used far more frequently by animals than by people. I am certainly not complaining about basically having the trails to ourselves – without question that is a major benefit to visiting a lesser-known park like Theodore Roosevelt. I worry that we’ll be terribly disappointed when we get to Glacier and Yellowstone later this year simply because of the crowds. In any case, here we spent a lot of time working hard to avoid stepping in the (very large and very fresh!) poop left by bison and feral horses on the trails throughout both units of the park. We also had to pay careful attention to follow the (too infrequent) human trail markers rather than the game trails. 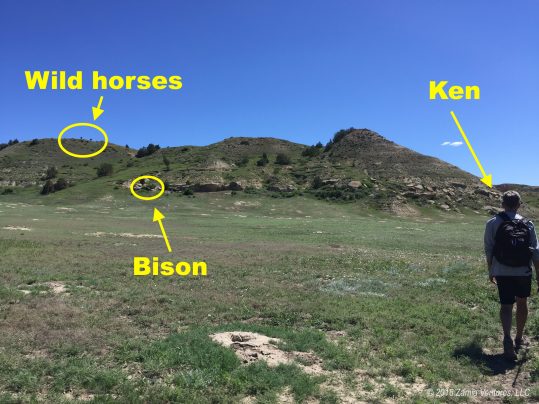 Resolution is not great, but you get the idea! 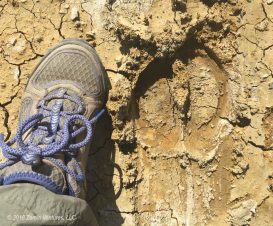 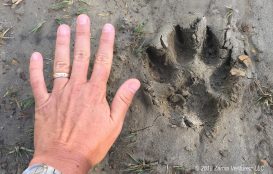 We have several personal goals for our travels, and one of them is to avoid being featured in a cautionary tale told by future generations of camp hosts and park rangers. You just know a story that begins “So we had these visitors from Florida…” is not going to end well. As a result, we had our first wildlife-caused rerouting, which occurred when we encountered a large male bison standing a scant few yards off the trail just a mile from the end of a loop trail. (This was the Caprock Coulee Trail.) Since the trail led across the knife-edge top of a butte, with steep drops on either side, there was no practical way to give the bison a wide berth and continue down the trail. 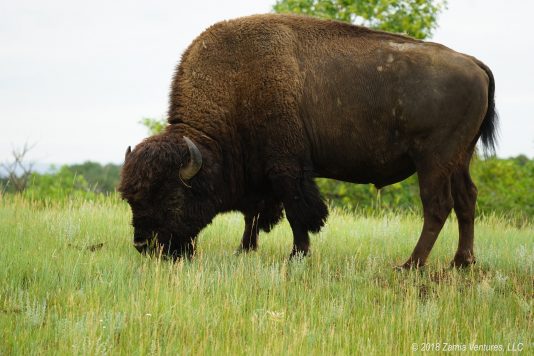 Bison (not the one that blocked us) 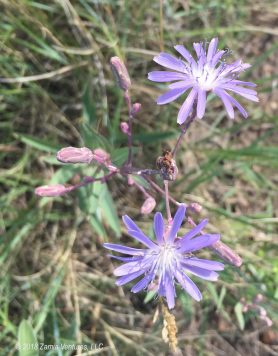 We’ve been inundated with signs telling us that “buffalo are dangerous” and “do not approach wildlife,” and in any event we have a healthy appreciation for multi-ton wild animals. Keeping all this is mind, we did not attempt to (a) ride the bison, (b) take selfies with the bison, or (c) jauntily stride past the bison in the hope that he just wouldn’t mind a few hikers invading his personal space. Fortunately the trail went in the same general direction as the scenic road through the park, so we were able to return to our truck at the trailhead via the road, and the new route only added about a mile to our hiking distance.

It seemed that no matter the situation, the conditions we experienced were extremely challenging. And of course we have seen no hint of the subzero conditions that prevail here in the winter. I found the whole landscape to be deceptively welcoming. An array of wildflowers bloomed throughout the prairies. Wildlife was thriving, ranging from bison and deer and feral horses to prairie dogs and turkeys and songbirds. The vistas of eroded earth punctuated by junipers, cottonwood, and oceans of sagebrush were just stunning. Yet, getting around in this environment presented many different challenges for us. Whether it was the temperatures or the ever-present wildlife or the conditions of the ground, I felt that Mother Nature was always keeping us just a little bit off balance. 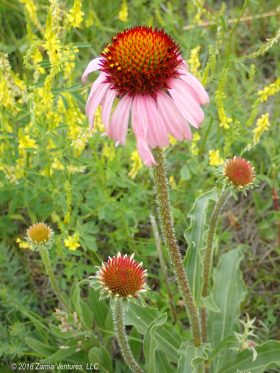 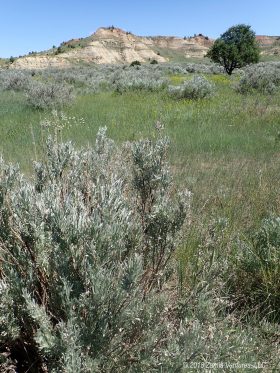 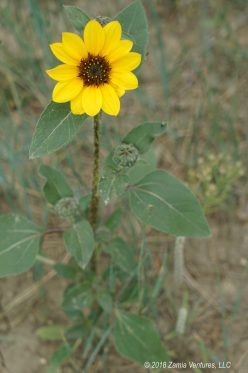 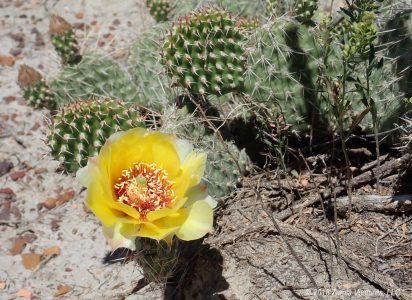 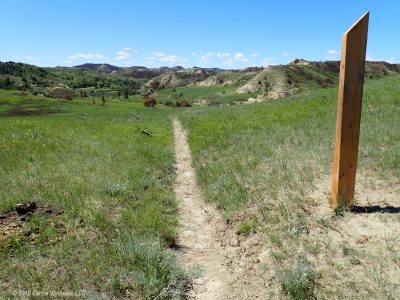 Badlands vistas along the trail

This is a land that is unfriendly to outsiders, and we humans are definitely the outsiders here. I can see why TR believed that this place was the crucible that forged his personality. Several years in this environment would certainly show a person what she is made of.

Buzzed by Condors at Pinnacles NP

3 thoughts on “Rough Riding with Teddy”