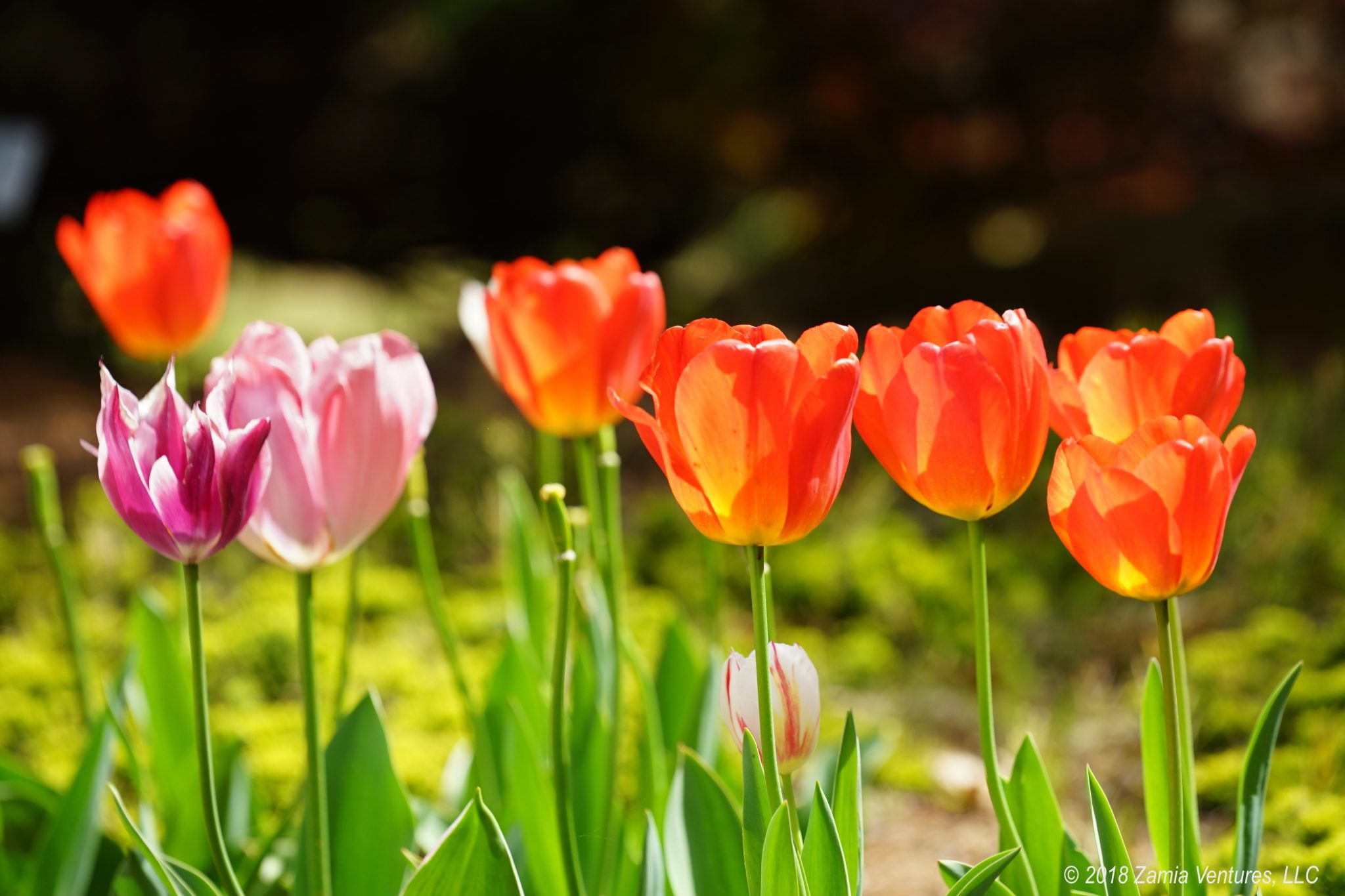 Given our credentials as certified space junkies, our trip through northern Alabama naturally needed to include a stop in Huntsville, home of the Redstone Arsenal and the U.S. Space and Rocket Center.

Huntsville earned its place in U.S. space history by serving as the site of the rocket development program. As Germany’s defeat in WWII became inevitable, Wehrner von Braun and his merry band of Nazi engineers surrendered to American forces in 1945. Securing the inventor of the V-2 rocket was a major win for the U.S. and a disappointment for the Soviet Union, and the U.S. military kept these men close by giving them the job of teaching and developing rocket technology for U.S. forces. Initially stationed in Texas, the group was moved to Huntsville in 1950, and it was here that the team worked for decades on improving military applications for rockets and created the powerful machines that lifted satellites, monkeys and ultimately people into space.

The USSRC has a large Saturn V hall similar to the one at Kennedy Space Center, except its core displays are focused on the development of rocket technology from the early days of V-2 all the way through the moon landing. The goal of sending people to the moon presented a massive but simple problem: developing engines capable of generating sufficient thrust to lift the spacecraft off Earth and out of Earth’s gravitational pull. The power that was needed was many magnitudes greater than that produced by any engine technology ever conceived, much less executed. The displays did a great job of showing how the Huntsville engineering team developed larger and larger rocket engines by building on earlier proven technologies.

Entrance, with the iconic rocket in the background 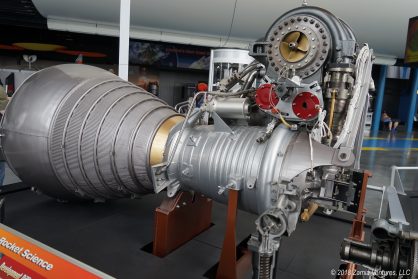 One of many rocket engines on display 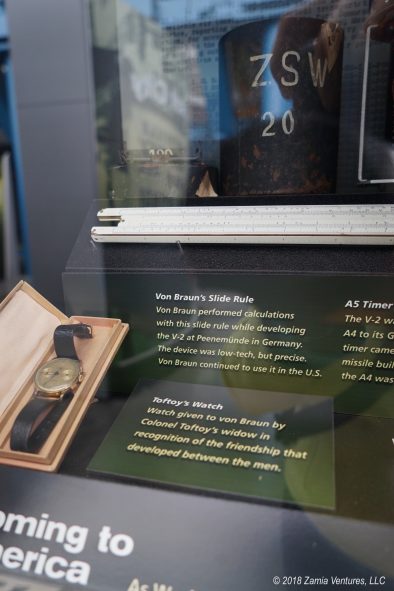 As part of the development process, the engineers carefully examined each and every element that went into the construction of the engines, stress-testing all the metals, seals, welds and other components using incredibly high and low temperatures and pressures and examining the results microscopically. The team also designed and built huge test stands, including one that could shake the massive engines while they were firing, in order to test the fully-developed engines before mounting them onto rockets. The achievements of the engineering team were even more impressive given that most of the math was done using slide rules. 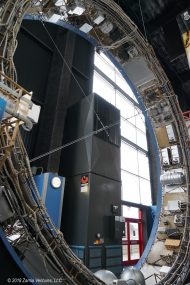 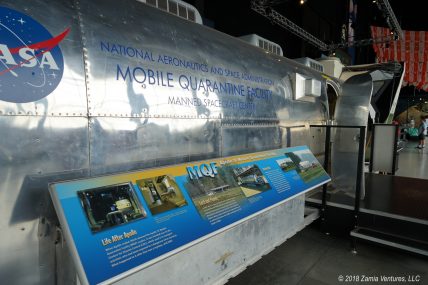 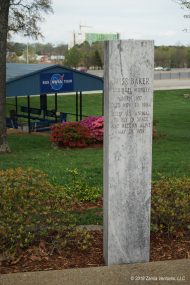 Other than the rocketry displays and a very cool IMAX movie, however, we weren’t too impressed by the USSRC. We may have a bit of home state bias going on, but we both felt the Kennedy Space Center was a better place for space nuts to visit. We loved every aspect of our visit to KSC in January, but here at the USSRC the experience was a lot more uneven. The displays on the evolution of rocket technology in the Saturn V hall were outstanding, but most other displays were random, tired, disjointed, or otherwise not up to the same standard. The museum also features a lot of military technology and weapons, which sort of makes sense because we’re at the Redstone Arsenal, but it detracted from the focus on space. There were also way too many obviously self-serving displays sponsored by industry. Finally, the whole place desperately needs a fresh coat of paint.

One surprising element of our visit is the prominence of Space Camp. The museum was just crawling with Space Campers of all ages, and a lot of the areas of the museum are dedicated to the exclusive use of Space Camp. We camped at the RV park located right on the Space & Rocket Center property, so we could see the iconic rocket and space shuttle from our campground. We saw Space Campers walk by every day to perform model rocket launches at the Rocket Launch Facility — a/k/a the large grassy area directly in front of the campground — and it was fun to see so many kids excited about space science.

When I realized that the Huntsville Botanical Garden was located within a mile of our campsite, and that we would have free entry thanks to being members of our local garden, I knew we also needed to visit this spot during our stay in Huntsville.

The new visitor center is a grand southern building which really sets the stage for the rest of the garden. This 115-acre property has broad walkways, sweeping vistas, and both manicured gardens and rustic nature paths. 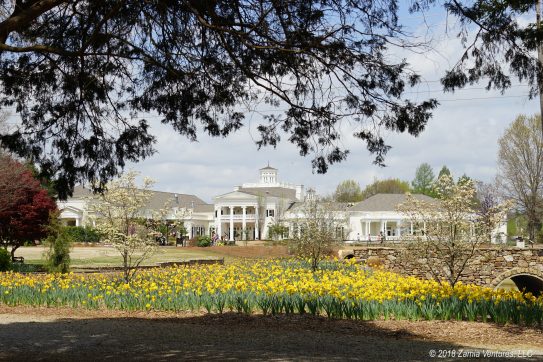 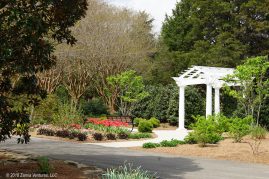 There are lovely vistas throughout the garden 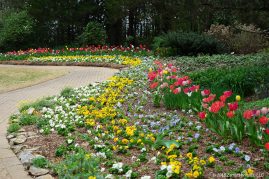 Spring is evident throughout 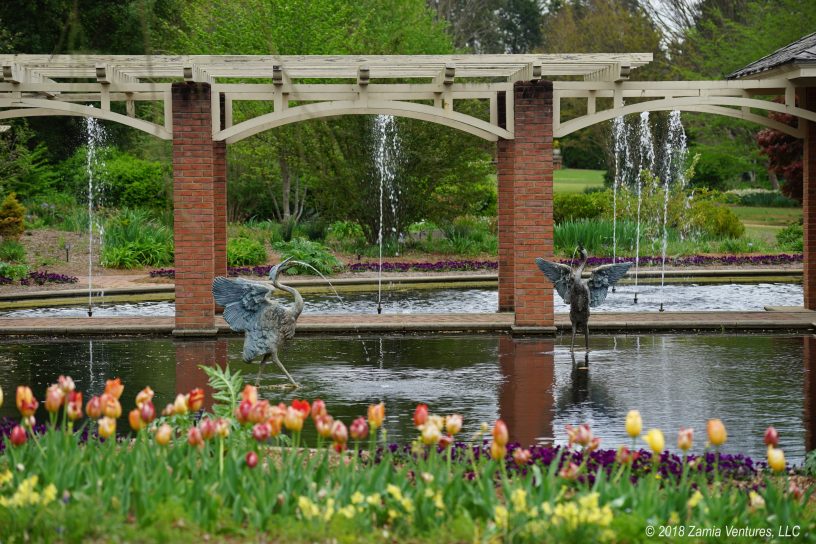 The aquatic garden is a lovely setting

We were too early in the year to see the garden ablaze with crepe myrtles and the epic day lily collection (800+ cultivars!), but the azaleas and bulb plants were more than enough to keep me entertained. I loved seeing the huge variety of colors and flower sizes on the large collection of azaleas, mostly varieties native to the southeast. 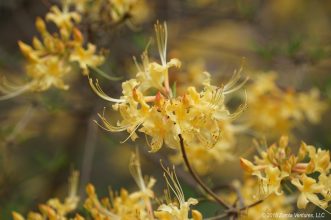 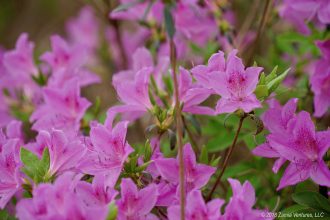 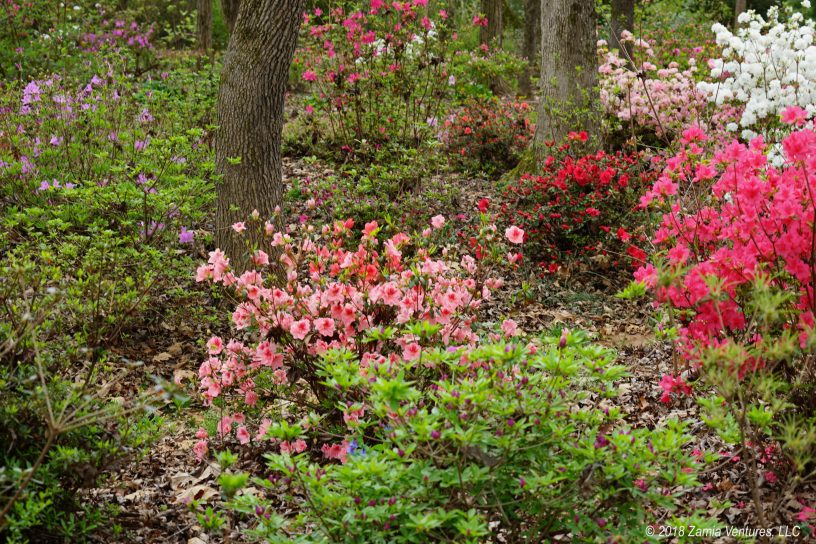 I had an unnatural fascination with the proliferation of simple bulb flowers like daffodils, tulips, and irises, probably because they can’t be grown outside in South Florida (it never gets cold enough to prompt the bulbs to flower). 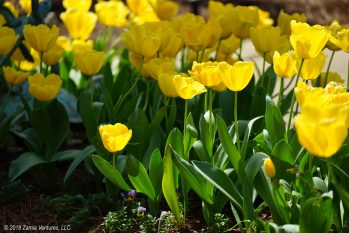 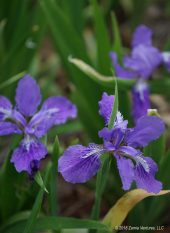 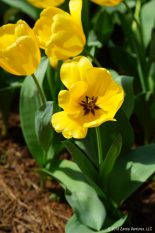 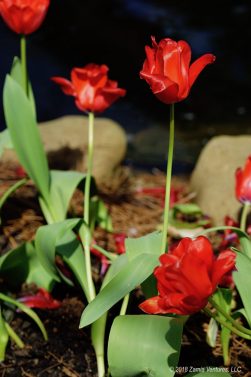 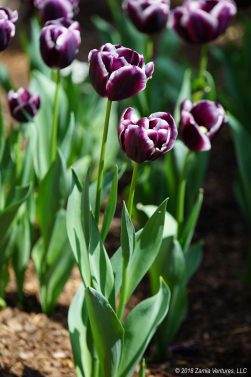 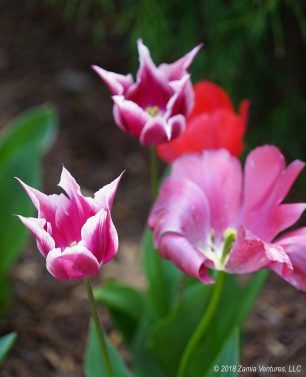 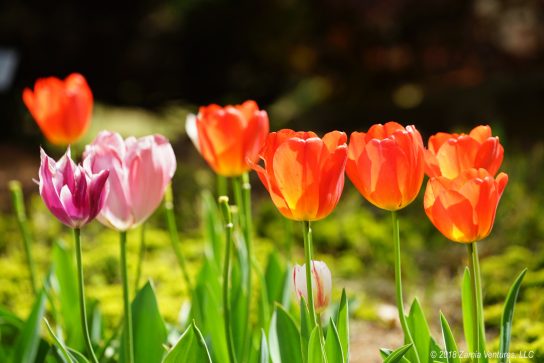 Tulips in the springtime sun 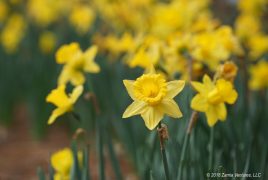 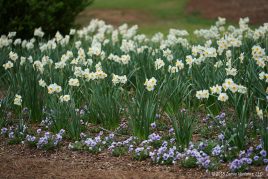 Another interesting highlight was the large collection of trilliums (or is it trillia?), a genus of plants native to Appalachia. These low-growing, shade-loving perennials have a variety of different uses for folk medicines and many are endangered. 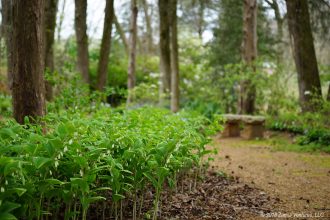 Part of the trillium garden

We also were lucky to see the Nature Connects exhibit at the garden, which features large sculptures with nature-related themes made from thousands of Lego bricks. We had seen a earlier version of the show at our home garden in Florida, but it was nice to see several new pieces and enjoy them in a completely different setting. 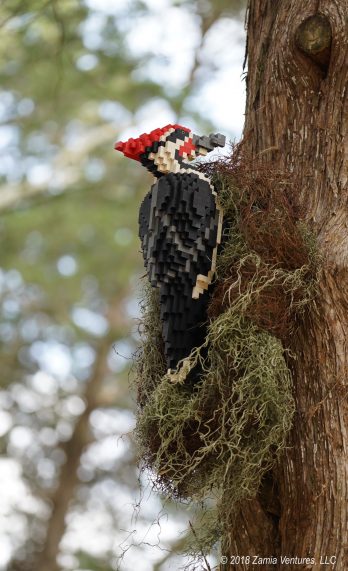 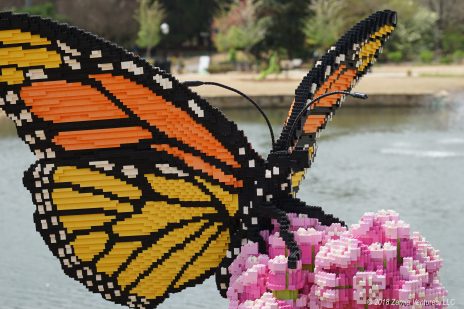 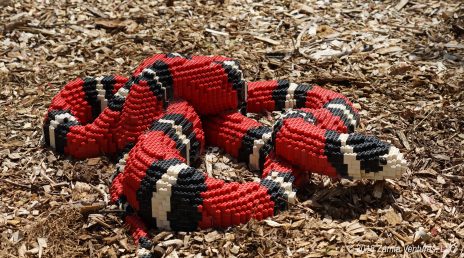 Not pictured, because I don’t want to break the blog:  the fern glade with hundreds of different ferns, the dogwood trail featuring blooming dogwoods in a natural setting, an herb garden with an interesting section devoted to plants used to dye fabrics, the butterfly house (butterflies are absent before May 1), many beautiful vistas, and more. Needless to say, we loved our visit to the Huntsville Botanical Garden, though Ken may have secretly wondered whether it was really necessary to document Every. Single. Tulip.

For us, no visit would be complete without an interesting hike. For our outdoor adventures we choose Monte Sano State Park just east of Huntsville, centered around a mountain that was a 19th century health and wellness destination. We challenged ourselves with the toughest trail in the park. Though we only covered 5.7 miles, it was over very rocky terrain with a lot of elevation gain. We were pleased to get some practice hiking more challenging conditions, since we’ll be in the Appalachians before we know it! 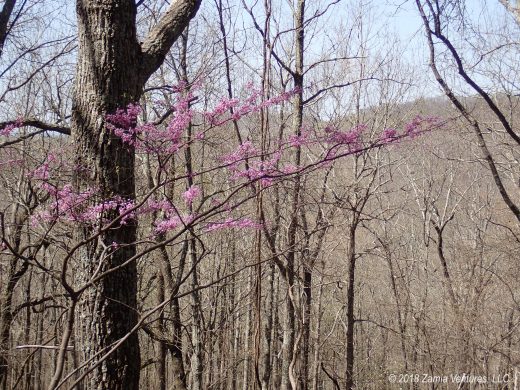 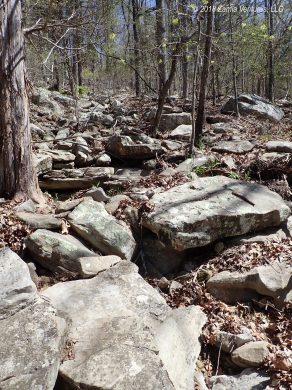 Part of the very rocky trail 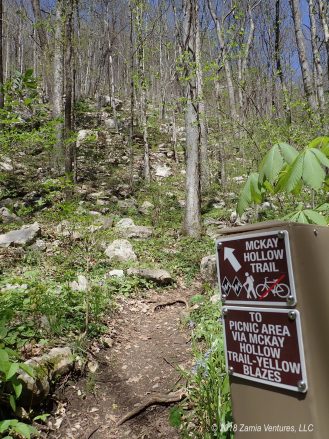 Our trail basically went straight up that mountain 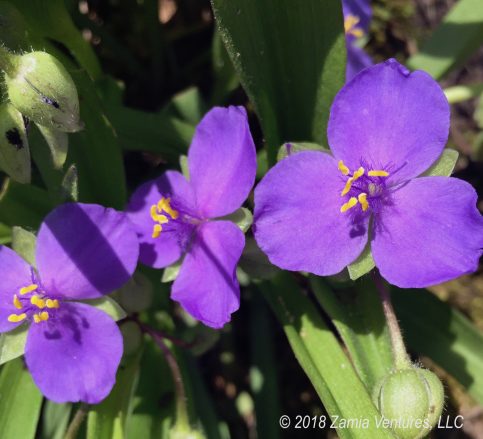