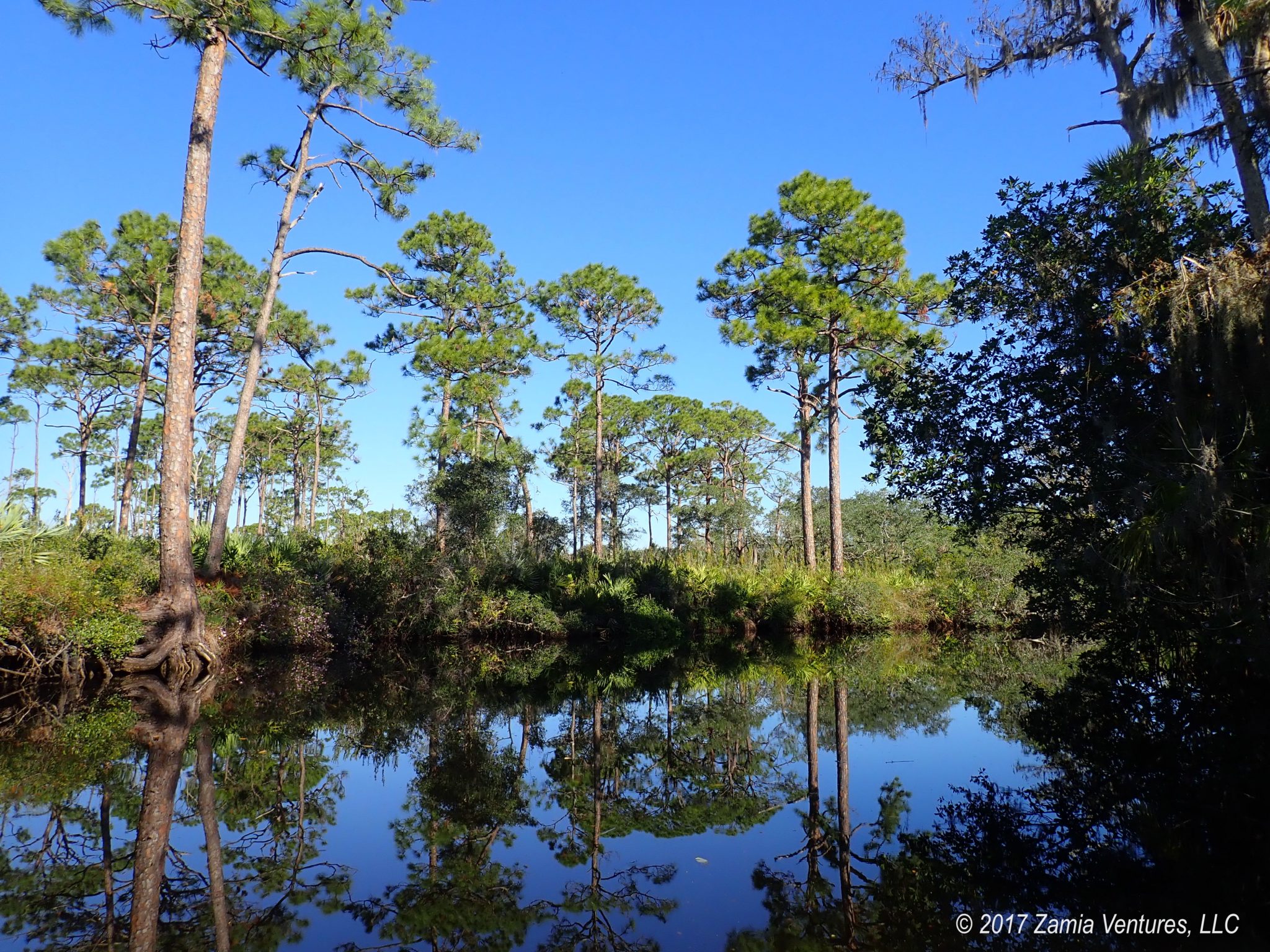 We snagged a campsite for the week of Thanksgiving at Jonathan Dickinson State Park in Hobe Sound, where we planned to have our first extended camping experience with our new Airstream trailer while being close to family to celebrate the holiday. The park is packed with enticing amenities and activities, so we hoped to enjoy a mix of fun and chores relating to setting up and learning how to operate our trailer.

Happily, that’s exactly what we got. It was an exhausting but also exhilarating week, and we expanded our RV skills and knowledge in quite a few areas.

Being Schooled in Travel Trailer Ownership

We had an interior back-in camping spot, which made for a tricky entry even though our site was huge. We would have struggled a lot more if not for a good Samaritan who was parked across the street when we arrived, and who was able to give excellent directions and advice. We currently suck at backing in the trailer, but we will get better.

One of our goals in purchasing the Airstream was to be able to enjoy all the same relatively lavish home-cooked meals that we normally eat, while staying in wild places. I have no interest in camping if it requires eating freeze dried foods. Ken may have grumbled a little about the amount of supplies I packed — pots & pans, tools, utensils, and ingredients take up a lot of space! — but we were both really happy with the results.

Part of our cooking success was facilitated by a new grill, which we pulled out of the box and used for the first time after converting the propane intake. Portable grills are normally designed to be used with miniature propane tanks, but our Airstream has its own 30-gallon propane tanks on board which run many of the appliances, along with an external quick connect valve. With the help of a YouTube video, we converted the intake and regulator to one that would accept a quick connect hose. Delicious steaks and turkey burgers ensued over the course of the week.

The propane-fueled oven inside the trailer was also put to good use during the week, producing several Thanksgiving pies as well as some lovely French bread. Have homemade bread and pies, will travel! 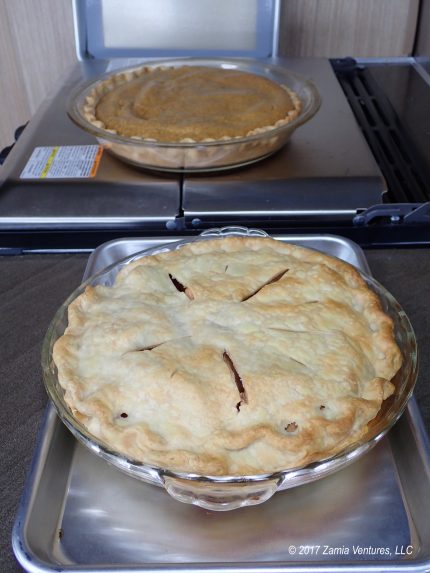 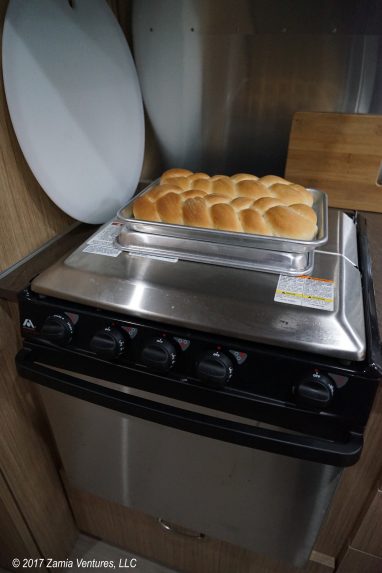 Two nice braided loaves and the oven from whence they came.

After our frenzied trips around the state evacuating from the path of Hurrican Irma, we ended up with a full tank of fresh water from my cousin’s well. Let’s just say that it did not age well while in storage for two months. This gave us the “opportunity” to learn how to flush and sanitize our water system. The parts sales person at the nearby RV dealership was almost able to stifle his laughter when I called up and said, “I’m parked at Jonathan Dickinson, I’m in the middle of flushing my tanks, and I just discovered my sewer hose is too short! Help!” So now we have both a longer expandable sewer hose and a lot more knowledge about our plumbing system.

Our trailer also came equipped with lots of fancy features like roll-down awnings that extend off the sides and provide shade and shelter. They are an engineering marvel, and the tiny pictures in the owner’s manual describing the setup process leave a lot to be desired. I think our years of experience with IKEA products (and their verbiage-free instructions) helped us out here. And as if opening the awnings was not impressive enough, Ken even figured out how to turn on the LED lighting installed on the underside of the main awning. We had lots of conversations this week that emphasized we are complete novices with the trailer and this was one of them.

Me: The lights are great! Is there a hidden switch to activate them?

Ken: There’s a switch right inside the door.

Me: You mean the last switch left after we figured out what all the other ones controlled? The one that we assumed was not controlling anything? Huh. OK. Makes sense.

We also made a lot of progress on figuring out storage solutions for the various cabinets in the Airstream. There is a surprisingly generous amount of storage built in to the trailer, so our continuing job is to figure out what lives where, and find ways to keep those cabinets organized and optimally functional. Our week featured multiple trips to Home Depot, Wal-Mart, and pretty much any other store you can think of that sells plastic organizational aids.

We also learned that our truck has an anti-theft alarm system, and it can apparently be activated at night by smoke from your neighbor’s campfire. Oops.

The star attraction at Jonathan Dickinson is the Loxahatchee River, designated as a Wild and Scenic River. Our very first day in the park we spent a half day canoeing the river from the boat landing in the park to the Trapper Nelson Interpretive Site. The site was the home of a man who obviously loved the wilderness, living for 30+ years on a homestead he accessed by paddling a canoe 9 miles up the river from Jupiter. Over the years he was able to monetize his remote lifestyle by offering a jungle-themed destination to visitors who came by boat, complete with caged animals, alligator wrestling, and a huge variety of items for sale ranging from tropical plants to raccoon skulls.  The trapper also acquired large amounts of land, keeping his homestead and the surrounding lands free from modern incursions and maintaining his lands, which became part of this park, in a natural state. 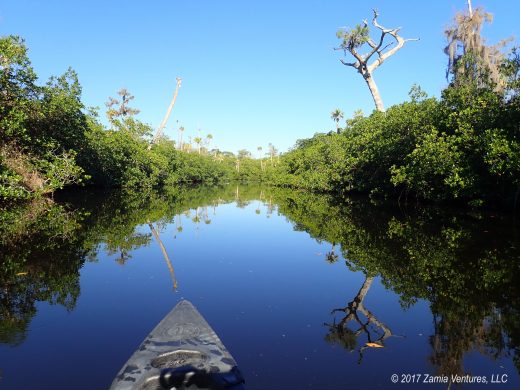 Kitching Creek, a tributary of the Loxahatchee, was particularly glassy 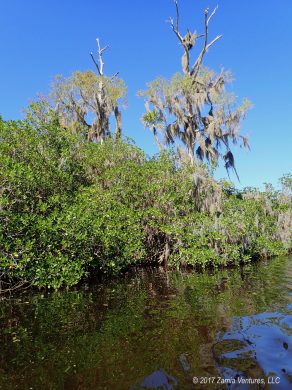 We had spectacular weather for our paddle through the park, and thoroughly enjoyed the scenery, birds, and turtles. We did not enjoy the foot-long mullet that came within inches of jumping into our canoe, and also discovered that canoeing requires using new and different shoulder muscles from literally any other activity, but nonetheless we had an outstanding day.

Jonathan Dickinson also has an extensive network of trails, including parts of the Florida Trail. We took several morning hikes through upland areas filled with interesting plants and some surprisingly scenic views. This park features some of the only naturally rolling geography in South Florida, with large sandy dunes providing elevation and interesting different pockets of ecology. We were pleased by how frequently we encountered the elusive — and endangered — scrub jay. It’s good to see they are thriving here at the park. 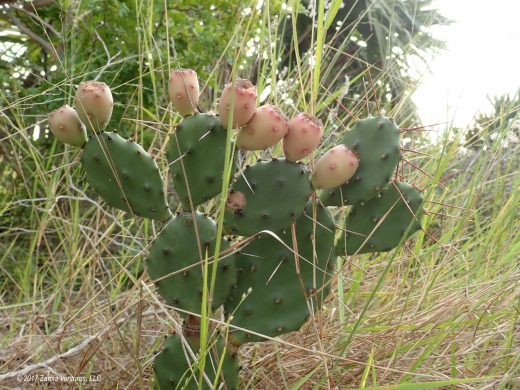 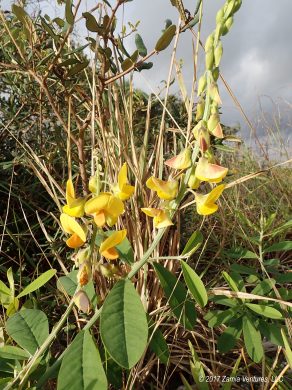 Not sure what this is. 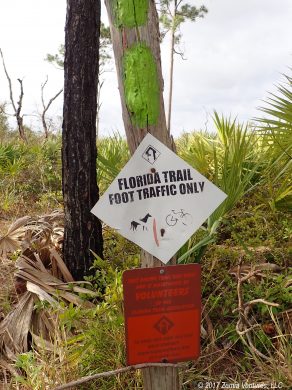 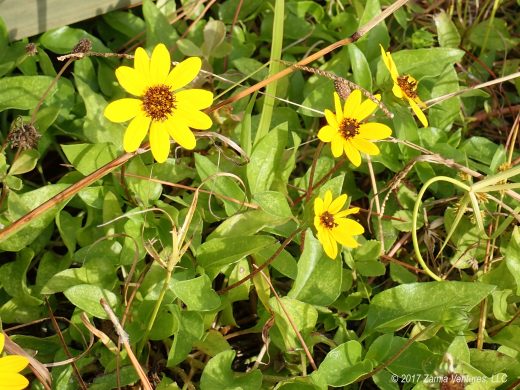 One of our hiking destinations was an observation tower on top of Hobe Mountain, so named because at 86 feet above sea level it offers the highest natural elevation in South Florida. Amazingly, we made it to the top without the assistance of supplemental oxygen, and appreciated the view across the extremely flat Florida landscape from miles inland to the Atlantic Ocean. The parking area near the Hobe Mountain tower also features interpretive information about the use of the park area in World War II as the location of Camp Murphy, the primary radar training facility of the Army Signal Corps. The brief history of the Army Signal Corps really highlighted the importance of communication technology in war, though the effort to be cutting edge and use all available technologies has led to some interesting Army job titles, such as Balloon Operator and Pigeon Keeper.

In the process of deciding to purchase our trailer and embark on a traveling lifestyle, I started following several RVing bloggers who document their travels around the country. During one of our evening strolls around the campground, while sitting at a lovely little bench overlooking a peaceful pond, I noticed a rig that looked familiar. I recognized the RV markings, the massive solar power installation on the roof, the South Dakota plates on the RV and the towed car, and a few other details that made me think we might have a celebrity in our midst. When I got back to the trailer I checked their blog, and reached out by email to find out if I had made a positive ID. Yes!! It was Nina and Paul of Wheeling It, the couple behind one of the most-read RV blogs on the web. We spent an evening mingling with them, which gave me — completely starstruck — a chance to express my gratitude for their instructive and insightful blog and also a chance for us to make new friends. It was one of the many wonderfully serendipitous events that made the week special.

Our first weekend at the park also featured a new moon and the projected tail end of the Leonid meteor shower, which occurs when the Earth passes through the debris trail of the Comet Tempel-Tuttle. We stayed up late Saturday, and got up insane early Sunday, to peer into the sky looking for brief flashes to inspire wonder. While we saw a few meteors, which were very cool, I mostly appreciated the chance to see the stars that have long been hidden by the urban glow that envelops Miami. It was great to become reacquainted with old friends in the sky, and to use our start chart to identify new ones. My nighttime photography skills need serious work, so this post will not feature any of the terrible blurry images I took, but I look forward to the chance to work on that in the future.

Overall, it was an outstanding week and we can’t wait to replicate the experience soon! Our next planned trip is to Sebastian River Inlet State Park over the New Year’s holiday, and we are counting the days. More photos below…. 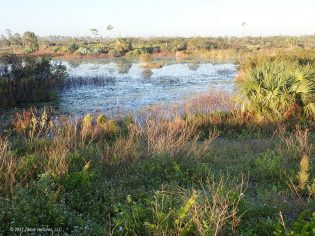 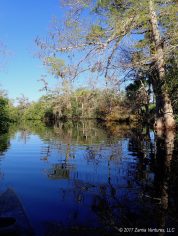 Cypress trees along the peaceful Loxahatchee 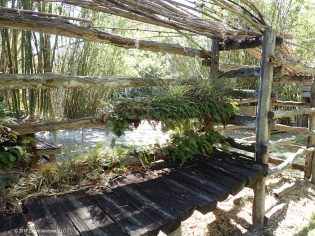 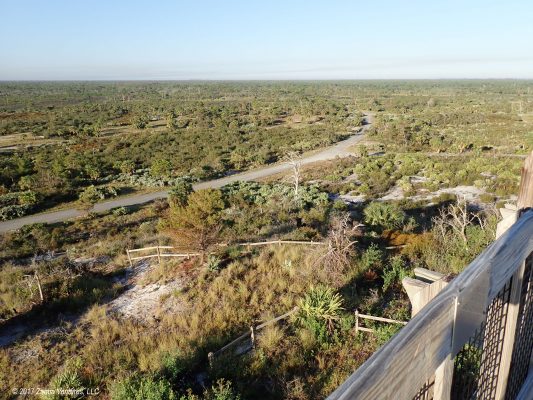 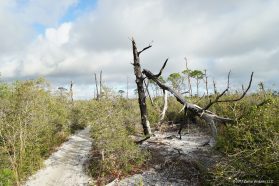 Trails showed evidence of old fires, a natural part of the Florida landscape 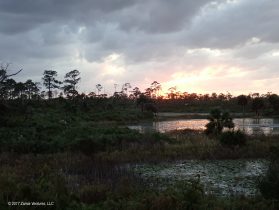 Sunset view from the campground 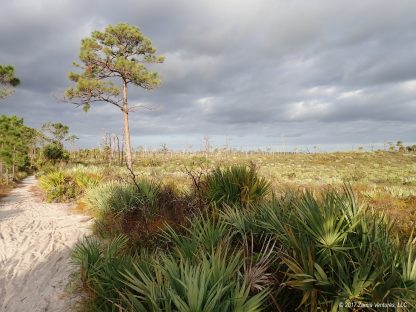 A cloudy morning on the trails 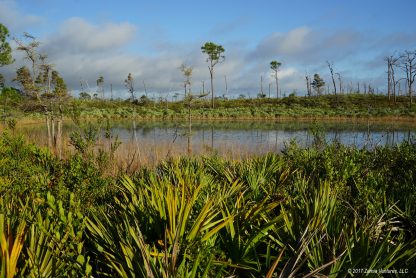 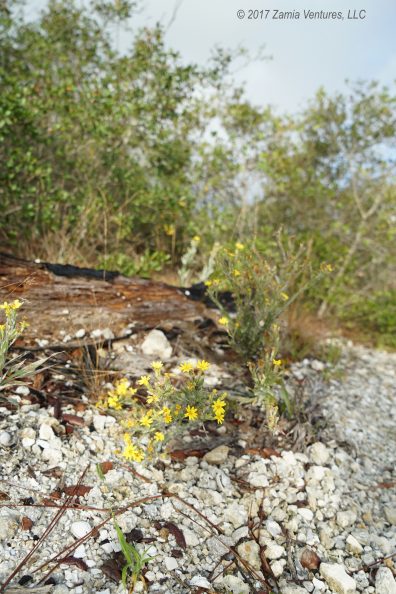 Florida wildflowers are not flashy but still attractive