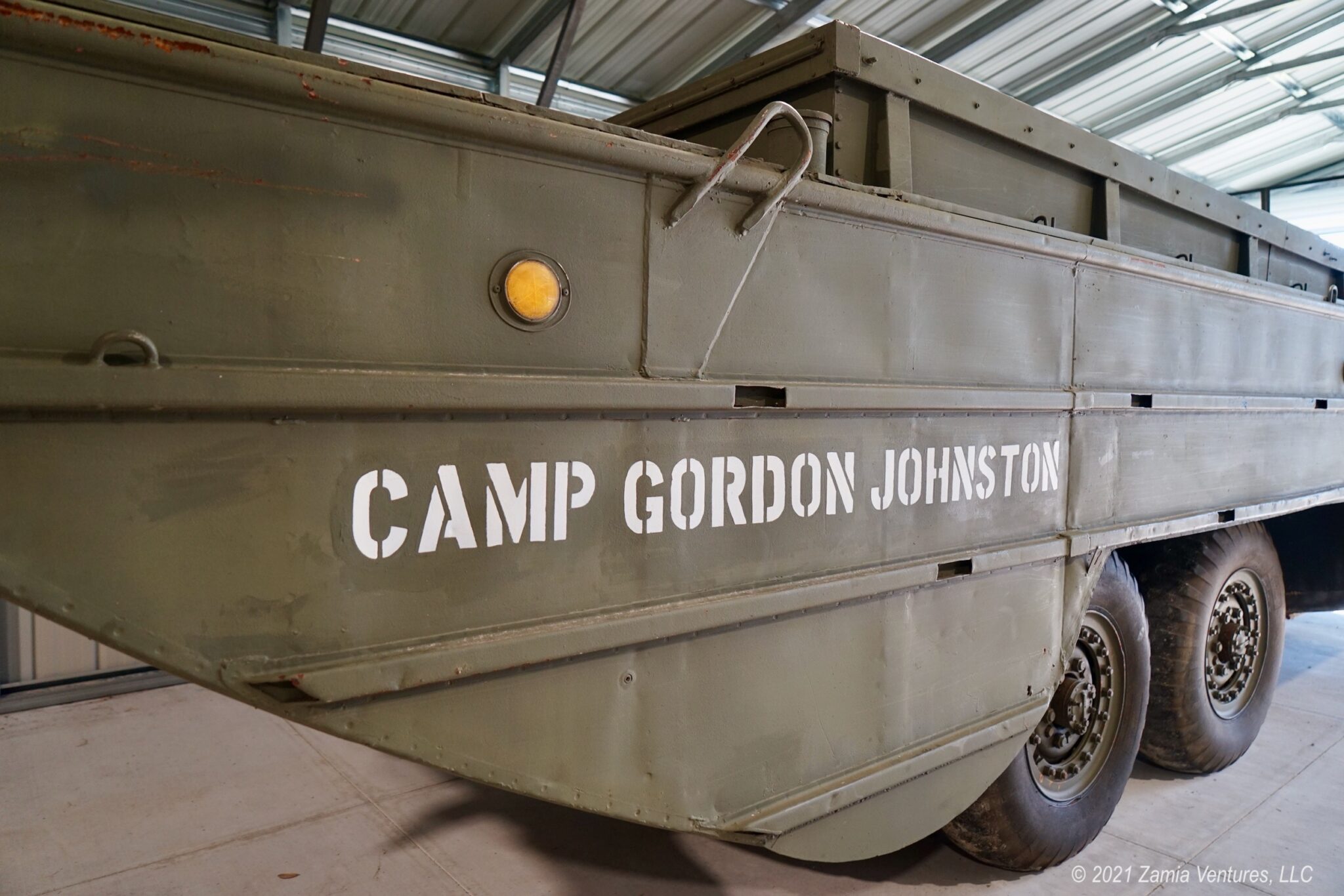 Being a certified museum junkie, I knew that I would eventually have to visit our local World War II museum commemorating the former Camp Gordon Johnston, and I picked a brilliantly sunny day to do so. The camp was one of the largest training facilities in Florida, covering over 165,000 acres and serving as home to 10,000 troops at a time. This created a relatively massive influx of people to a county that had only 6,000 residents in 1940, and was a significant event in local history.

The primary purpose of the camp was training for amphibious operations, and the 20-mile stretch of beach from Carrabelle to Alligator Point was large enough for an entire division to practice landing at once. Offshore islands like Dog Island and St. George Island were perfect destinations for training trips in the amphibious vehicles that would land on the shores of Europe and Pacific islands. The camp also included acres and acres of upland areas where soldiers trained in commando crawling, traveling across unmarked terrain carrying packs, and bivouacking outside. But wait, there’s more! There were also plywood mock-ups of European villages where soldiers learned urban warfare techniques. All this was made even more exhilarating by the presence of live fire – quite the incentive to keep your head down. It’s hard to imagine that our serene and lightly-visited local beaches were the scene of such a tremendous flurry of activity 75 years ago. 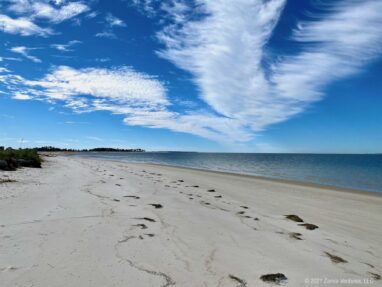 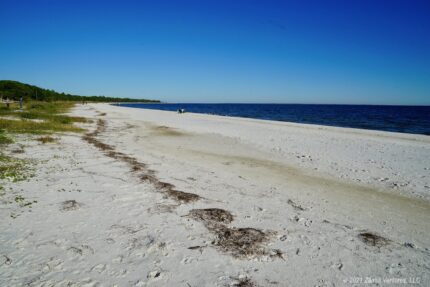 Our beaches might not look much like Normandy or Sicily, but our tropical climate was definitely a good preparation for troops that participated in the island hopping of the Pacific Theater.

The museum is small but detailed, and packed to the brim with artifacts and explanatory signs. Like a lot of World War II sites, the camp was created very hastily, and the main facilities were stood up in just 60 days. Sure, the living quarters were tar paper shacks with sand floors, but what do you expect from a 60 day build? The camp also included a full scale field hospital that was used as a training facility for groups of doctors and nurses who were deployed abroad after finishing their stints at Camp Gordon Johnston. The quality of the medical care was a big step up from the existing local resources, so residents used Camp Gordon Johnston much as they would a local clinic or hospital. Like other military encampments, the camp included recreational venues like a dance hall, an outdoor movie theater, and athletic fields, and of course locals participated in these social and recreational activities. The sudden appearance of the camp must have dramatically changed the flavor of life in this area for the few brief years it was operating.

This was particularly true because the camp was home to a very unusual mixture of people. The amphibious units that trained here were often filled with men from northern industrial cities who had relevant experience as shipbuilders, welders, and mechanics. Quite a few segregated units trained at this camp, and the museum signage does a good job of describing the unequal conditions and unequal assignments black soldiers faced. There were also several hundred German prisoners of war, who were put to work running the camp’s kitchen and bakery, and harvesting local timber for use in the war effort.

I’ve always been impressed by the sheer scale of the mobilization for World War II. Huge sites like Camp Gordon Johnston were built virtually overnight, showing a great command of logistics. Engineering breakthroughs were common as new weapons were developed at great speed to meet the challenges of the war. And the focus on the war effort happened at every level of society, from converting major manufacturing facilities into war material production to encouraging households to scrimp on supplies and plant victory gardens to ensure there was enough shelf-stable food to send overseas. This museum really highlighted the complex facility that was operated in this area, but also included lots of artifacts of daily life experiences like rationing. Camp Gordon Johnson also continued the trend of creating wartime facilities in remote, unexpected spots. 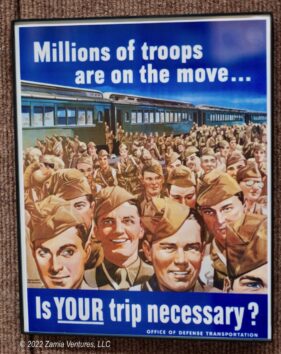 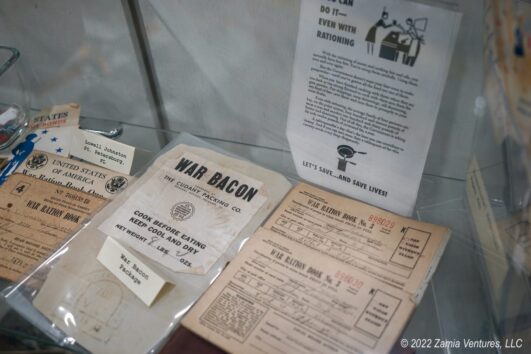 War bacon was a thing.

Keeping it on the Down-Low

For reasons of security and secrecy, many WWII installations were located in out-of-the-way places. Also, if you’re going to be putting live ammunition in the hands of raw recruits, it’s probably best to do it away from crowds. What’s interesting to me is how many of these places are now anything but remote. Jonathan Dickinson State Park in busy Jupiter, Florida was once a primary WWII radar training facility for the Army Signal Corps. The uranium enrichment facilities for the Manhattan Project were built in what became Oak Ridge, Tennessee to take advantage of the natural cover provided by the virtually uninhabited ridges and hollers of East Tennessee, but now it’s a thriving town of 30,000 people.

At least some of the change in circumstances of these spots is due to sheer demographics. The US population has grown from 132 million in 1940 to 331 million in 2020. All those extra people occupy more land. At the same time, changes in technology (hello, air conditioning!) have made places like South Florida a more appealing place for people to live.

On the other hand, the ultra-secret Los Alamos campus of the Manhattan Project is still pretty isolated, especially since it is surrounded by federally protected lands and reservation lands.  Readers of this blog know that our area is known as Florida’s Forgotten Coast, and it is one of the least developed coastal areas of the state. In fact, our population now, nearly a century later, is just about equal to the greatest number of people that were here when Camp Gordon Johnston was at its busiest. To help guests picture how this quiet place could have been a swarm of activity, the museum provides a handy scale model:

Like most military museums we have visited, the Camp Gordon Johnson World War II Museum is absolutely packed to the brim with artifacts and explanatory signs. Luckily it wasn’t an aircraft carrier, so my visit only took a few hours. Even so, my brain was very full after touring through the fairly small museum. I’m always happy when a random museum has unexpectedly fascinating information, so this visit was a victory for me. Just some of the new things I learned: 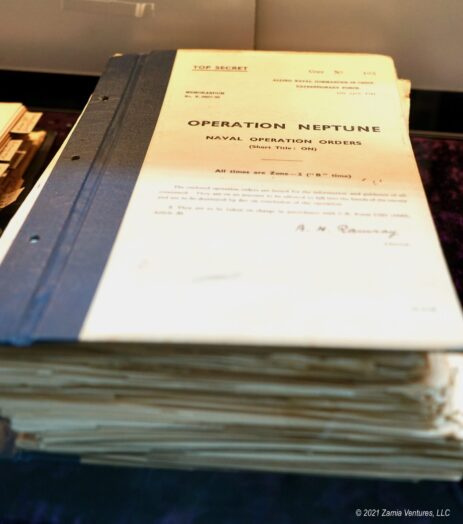 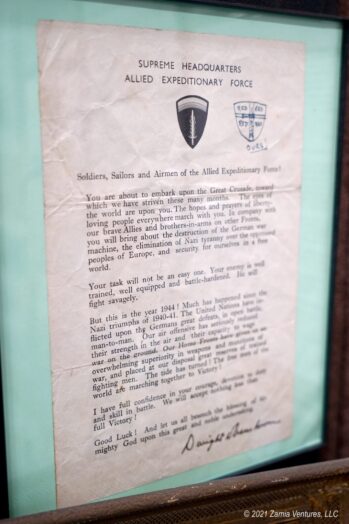 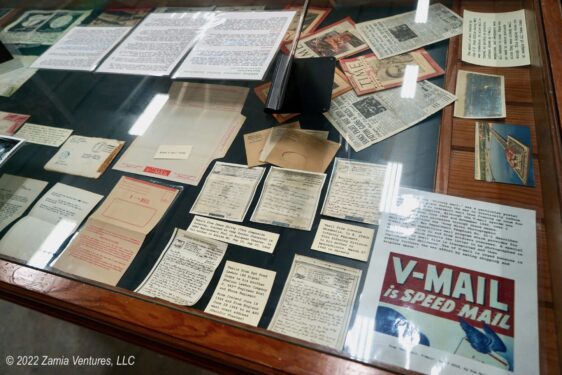 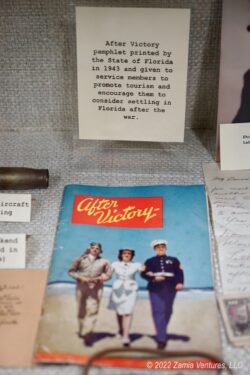 Like most military museums we’ve visited, the Camp Gordon Johnston Museum also includes a large and seemingly random assortment of things like uniforms, Japanese weapons and currency, unexploded ordinance found on local beaches, postcards, and a display about Navajo code-talkers. But I suppose the eclectic list of the things I found particularly intriguing illustrates a broader point: you can never really tell what will spark someone’s interest, so you might as well display a wide array of artifacts. Plus, this museum has a charming origin story: its collection was started largely using items donated by veterans of Camp Gordon Johnston who began gathering for an annual reunion in the area in the mid-1990s. Considering how quickly the first-person history of World War II is disappearing, it’s great that this little museum collects so many artifacts related to an important chapter in local history.

Digging into Mining History in Butte

6 thoughts on “Exploring the WWII History of Camp Gordon Johnston”