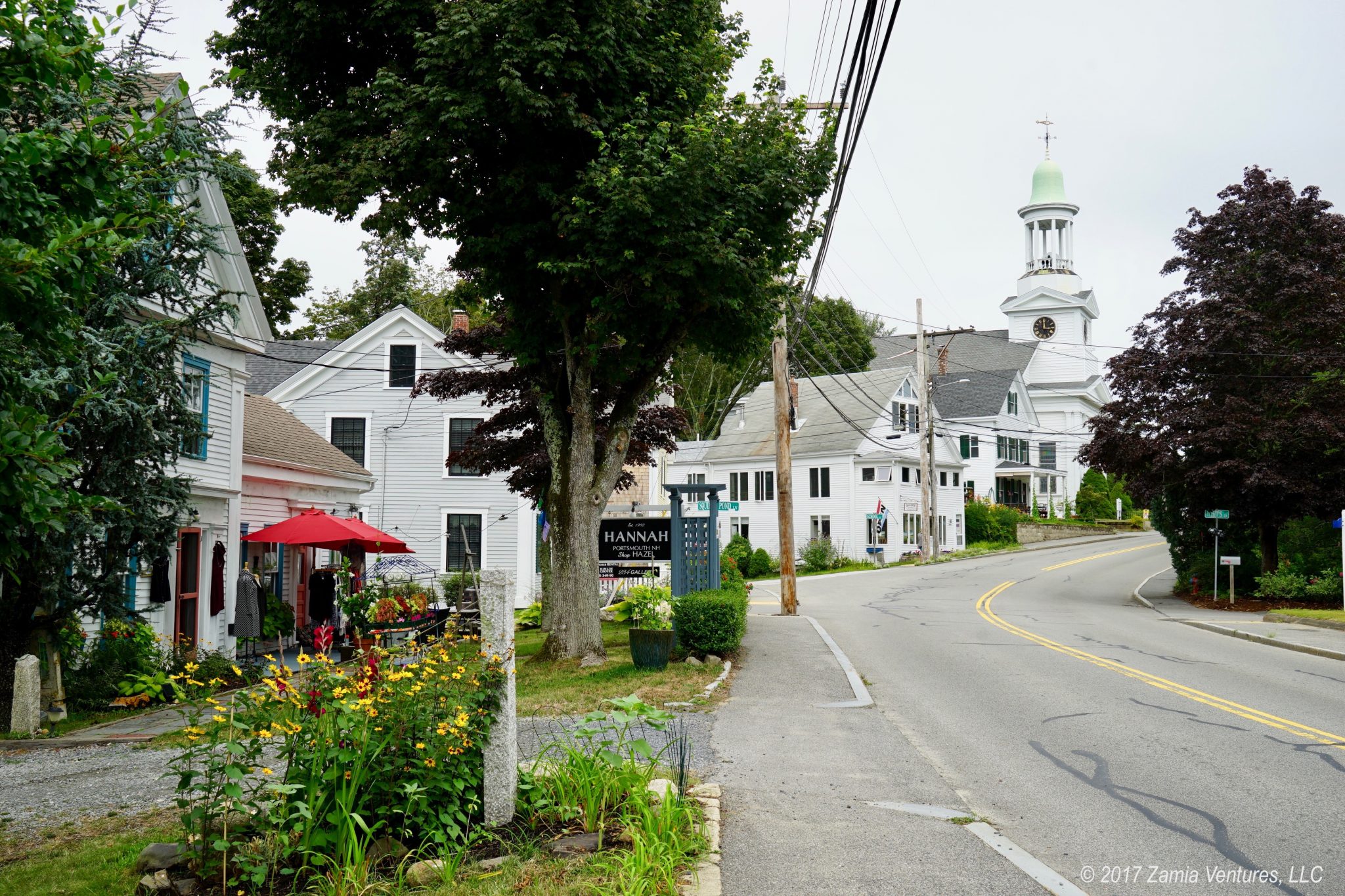 We’ve been home from our trip and catching up on work and life for a few weeks, but I didn’t want to miss the opportunity to write about our last full day on the Cape. Our rental home was located on the outskirts of Wellfleet, and after a week of driving through on our way to other places we finally we used the last day to explore the downtown area of Wellfleet.

Wellfleet has a long history and it is filled with references to maritime activity. European settlement of the area dates back to the mid-17th century, with early residents attracted by the bountiful shellfish living in Wellfleet’s fine natural harbor. It was originally named after Billingsgate, the enormous London fish market, and one sign I read in town suggested that the current name may be a corruption of the term “Whale Fleet.”In early colonial times, whales were apparently so plentiful in Cape Cod Bay that most whaling involved rowing boats directly from the shore to harpoon the whales. This early experience helped Cape Codders develop expertise  that ultimately made New England the whaling capital of the world in the first half of the 19th century — until they managed to hunt most of the whales to near extinction, and refined kerosene became available as a substitute for whale oil. 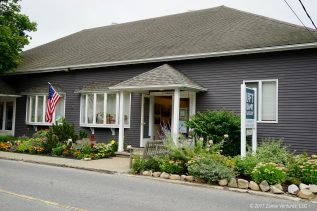 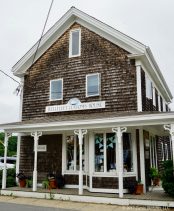 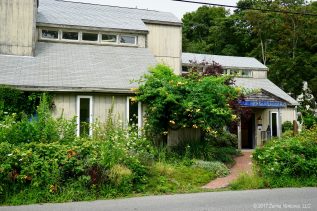 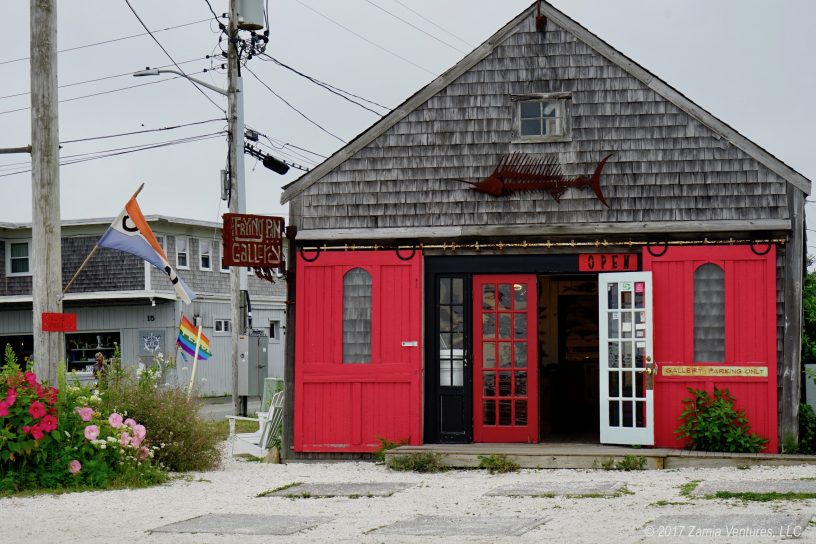 The Frying Pan Gallery near the town pier

The town itself claims to have about 3,500 permanent residents (rising to 17,000 in the summer – yikes!) so it has a sufficient population to support a school, public library, small history museum, hardware store, and small grocery store, among other things. I assume it’s the 13,500 tourists who support the very large number of art galleries and restaurants scattered throughout the downtown area.

Our first stop during the day in Wellfleet was a very short trail within the Cape Cod National Seashore called the Atlantic White Cedar Swamp Trail. It’s a one-mile stroll that takes hikers from a parking area at the Marconi wireless station down a fairly gradual slope to one of the few remaining cedar swamps on the Cape. A nice boardwalk traverses the wetland area of the swamp in a short loop, and the trail returns to the parking area via the historic Wireless (dirt) Road, used to access the Marconi site.

Previous visitors to the trail fawned all over it on Trip Advisor, describing it as “otherworldly” and “magical.” While we thought the scenery was nice, coming from Florida we’re pretty familiar with swamps, and this one was not particularly notable. The cool, moist, fern-filled environment was pretty much exactly what we expected. Also, sadly, the proliferation of mosquitoes was also pretty typical of our prior swamp experiences. All this made us happy that it was just a short loop. We’re glad we explored it, and glad we finished in 20 minutes.

After the trail, we headed to downtown Wellfleet where we explored Main Street and Commercial Street, which leads down to Wellfleet’s town pier. Unlike P-town, Wellfleet feels like a town where people actually live. The marina at the town pier was filled with modest boats proudly proclaiming “Wellfleet, MA” as their home port. There was not a single superyacht to be seen! The businesses and services catering to permanent residents were a nice complement to the many art galleries and stores that seemed designed to attract tourists, though at least some of the galleries are actually studios for the resident artists who live and work on site. Overall, it’s a charming and picturesque town.

The highlight of the day was the several hours we spent at the Wellfleet Historical Society Museum. The museum collection consists entirely of items donated by town residents, so I was initially extremely skeptical of what we would see there. I imagined that a significant part of the collection resulted from conversations like this:

Person 1: “I’m planning to take all this junk from my attic to Goodwill.”

Person 2: “Goodwill is sort of far away – maybe the Historical Society will take it?” 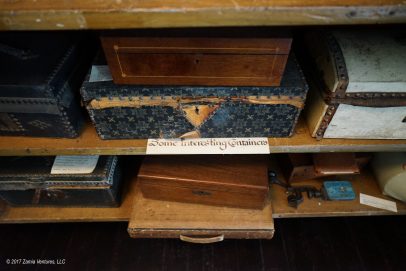 Not one of the finer collections at the Wellfleet Historical Society Museum. 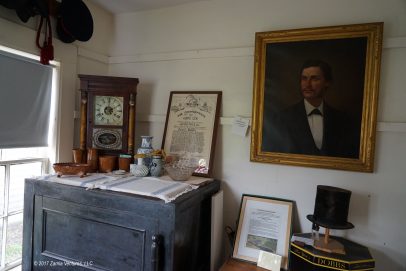 Another collection at the Historical Society Museum

Of course, being a total history nerd, I knew I was going to visit the museum no matter what. And it turned out the museum offered a fascinating view into Wellfleet’s history. The townspeople managed to organically develop a well-balanced collection that covers all the highlights of Wellfleet’s 400-year history. Just some of the major topics addressed in the museum are: the founding of the town and its separation from neighboring Eastham; oyster harvesting (including clever devices for transporting fresh raw oysters to market); seafaring (including records of shipwrecks that occurred nearby); the Native American former inhabitants of the area; local schools; the evolution of area churches and religious organizations; personal records of large and influential families; whaling (including lots of harpoons and other hunting and rendering tools); citizens of the town who became famous nationally even internationally; the Marconi wireless station; the construction of the now-defunct Cape Cod Railway; tools used by craftsmen in early Wellfleet; architectural elements salvaged from historic buildings; and antique fashions.

We learned quite a few things from the museum. One is that people in the 19th century made commemorative plates for everything, including wildly inappropriate events like shipwrecks. And that their descendants can’t figure out what to do with these plates other than donate to a local museum.

The fact that the collection grew organically was part of the charm — in some cases the most interesting part of an artifact was reading the little card explaining why the donor thought the item belonged in the museum. Most important, by showcasing artifacts that came from regular people, the museum presents a very vivid picture of what daily life was like for residents of Wellfleet at various times in its past. 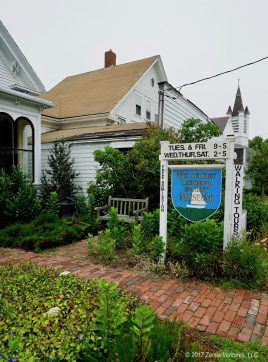 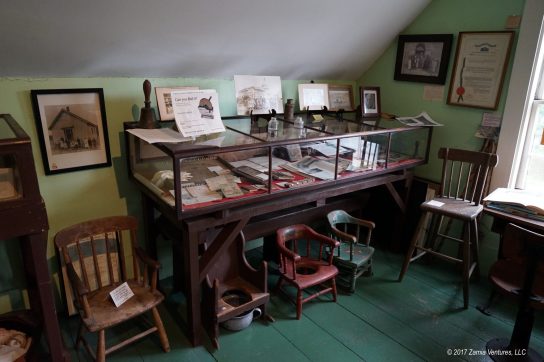 It got me thinking about the nature of museums, how museums are created, and who decides what is preserved. It’s hard to generalize, but it seems like many museums have a founding sponsor who heavily influences the collection with his or her personal taste. This can result in collections appearing in improbable locations. We’ve personally seen this phenomenon at work in the creation of a major collection of Chinese art in Palm Beach that was donated and became a core exhibit at the Norton Museum of Art, and the Rockefeller family’s donations of works from Africa and Oceania to the Metropolitan Museum of Art in New York City. The shape of the museum collection ends up saying more about the founder’s tastes than about the local area.

There are also many museums that commemorate a single event or episode, with few long-term connections to the community where they are located. For example, I have heard great things about the National Civil Rights Museum in Memphis, but its location at the Lorraine Motel derives entirely from the terrible but somewhat random event of Martin Luther King Jr.’s assassination at that place. Memphis itself doesn’t otherwise claim a particularly significant place in the history of the civil rights movement — there are many other communities that could have hosted such a museum.

Another important question around any museum is: What is the impulse for preservation? And who decided this item / event was worth commemorating? As the current debate around Confederate monuments illustrates, establishing a museum or monument is a conscious choice that can arise from a variety of different motives. Some monuments arise, it seems, from basic Chamber of Commerce instincts to attract visitors to the town. My favorite example of this is Standing’ on a Corner Park in Winslow, Arizona, which comes complete with a flat-bed Ford and a statue of Glenn Frey, making for endless selfie opportunities for fans of The Eagles. But I think most monuments and museums are a statement of values. We preserve and honor those things that we cherish, even if those things represent difficult issues like those tackled by the Civil Rights Museum. It takes a lot of work to create and maintain a museum, and requires a certain amount of buy-in from community members and visitors to be successful. A museum at its best is an honest self-portrait of a community, a group, or an event, which draws from the past but speaks to the present. 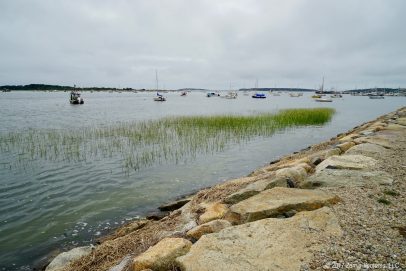 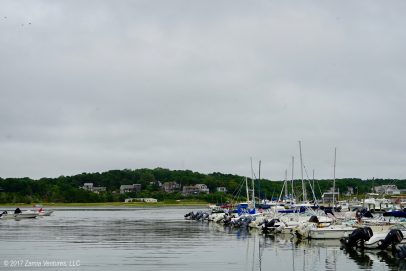 The marina at the town pier

While it was small, cramped, and a little weird, the Wellfleet Historical Society Museum checked all the boxes for me. It is closely connected to the community where it is located, and seems to arise from a very human instinct to honor one’s ancestors and preserve memories of times gone by within the community. The authenticity of the place won me over, and made me even more of a fan of lovely Wellfleet. It was an outstanding place to close out our full week on the Cape.

Click through the gallery below for more pictures from scenic downtown Wellfleet. 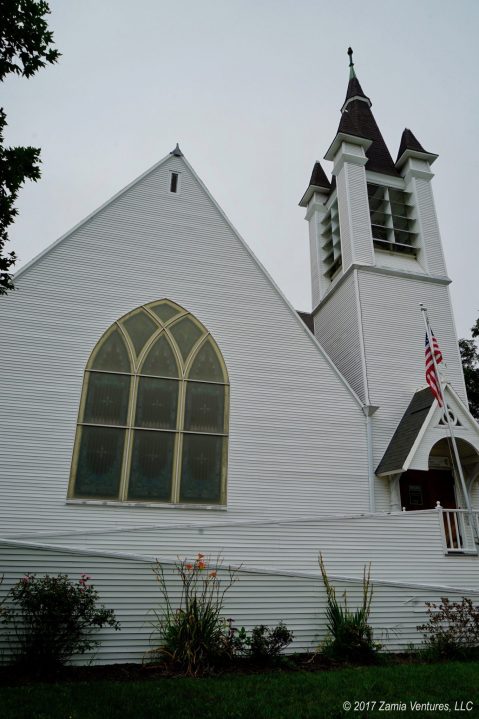 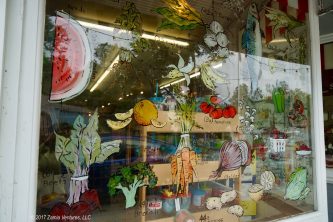 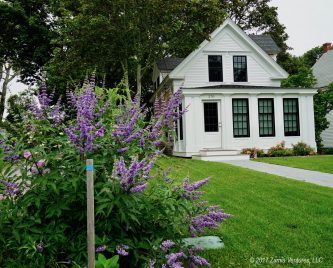 I just love the prufusion of flowers in summer. 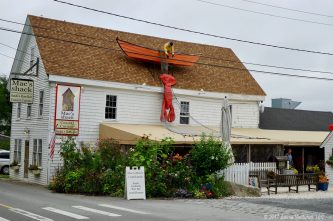 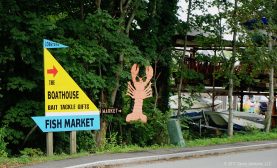 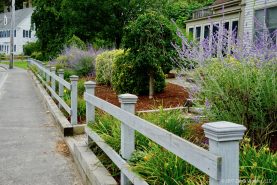 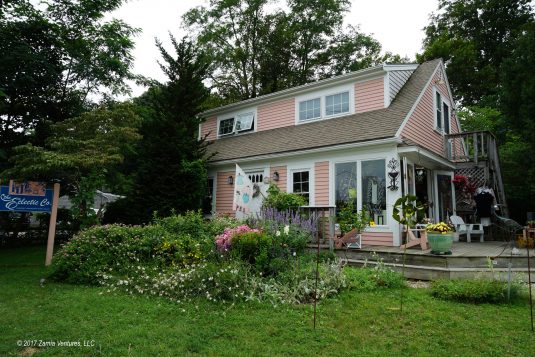