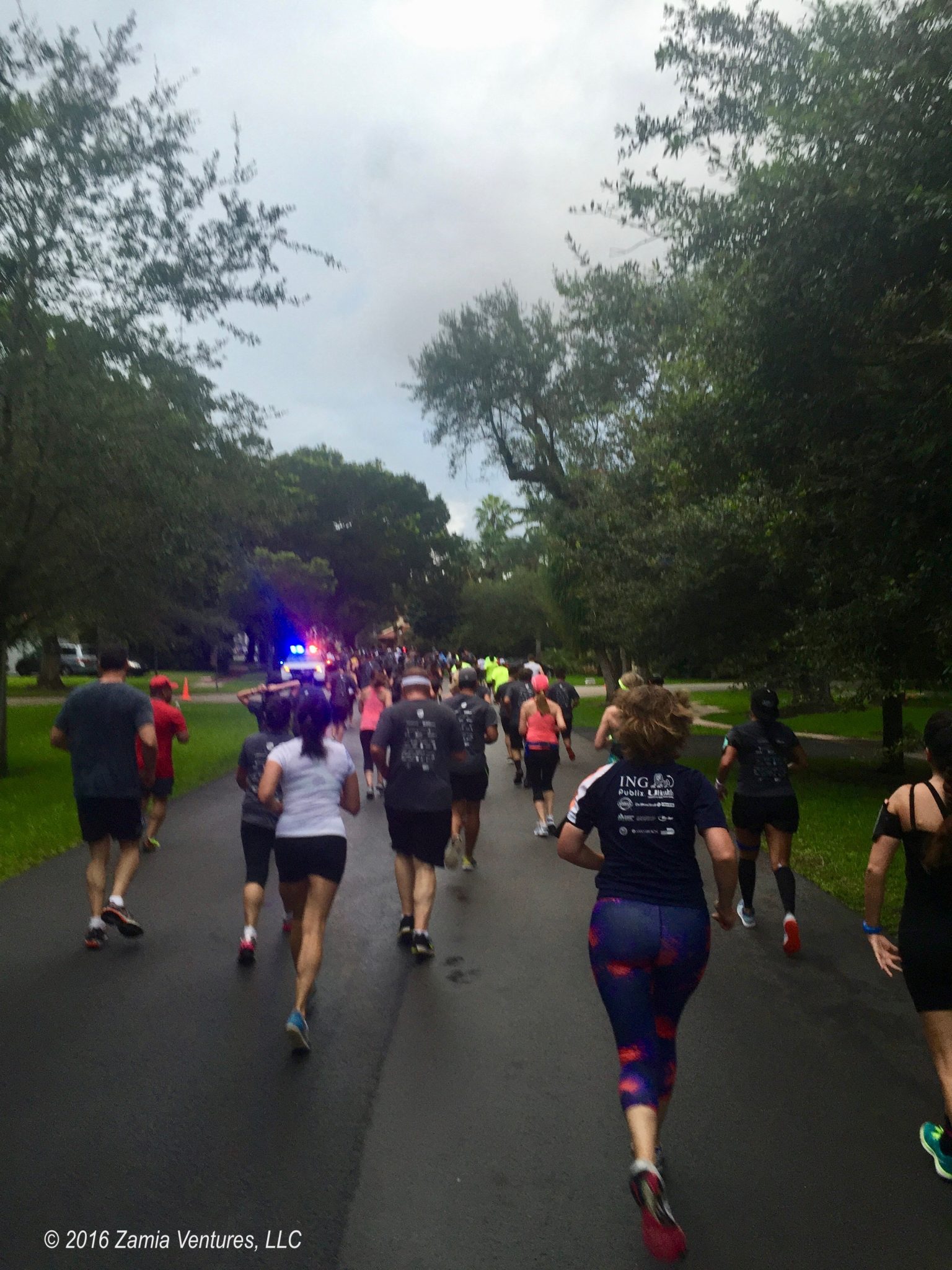 As if it’s not bad enough to be running outdoors in South Florida in mid-September — according to Weather Underground, at our start time the actual temperate was 80 degrees, but it felt like 87, thanks to 85% humidity.

Far from adding a pleasant cooling effect, the drizzle just achieved the seemingly-impossible task of making the air even more humid. At 99.99% humidity (or at least, that’s what it felt like) we wondered whether we should be trying to run or swim through the air.

Despite the conditions, however, we had a good race! Unlike the Corporate Run in April, which attracts tens of thousands of participants, this race involved a much more manageable group of runners numbering about 1,250.

This meant we did not have to spend the first half of the race dodging around other runners and instead could run at our own pace. With fewer obstacles to deal with, we could also enjoy the scenery along the route.

Most of the race course took us along tree-lined residential streets with lovely homes, but we also swung by the historic Biltmore Hotel. The start and finish lines were directly in front of the Coral Gables City Hall.

Despite the humidity — and perhaps thanks to the scenic course — we powered our way to our best-ever race time and I achieved my personal time goal of finishing in under 35 minutes.

Of course, since this translated into a 557th place finish I am not exactly anticipating being invited to the next Olympics. Nonetheless, I was thrilled with the result. We’ll see if we can match the performance at next year’s run… to which we will try to remember to bring rain gear.

Joining the Thundering Herd at the Corporate Run

Cheering On the Ironmen (and Women)

1 thought on “Running (or Swimming?) through Coral Gables”