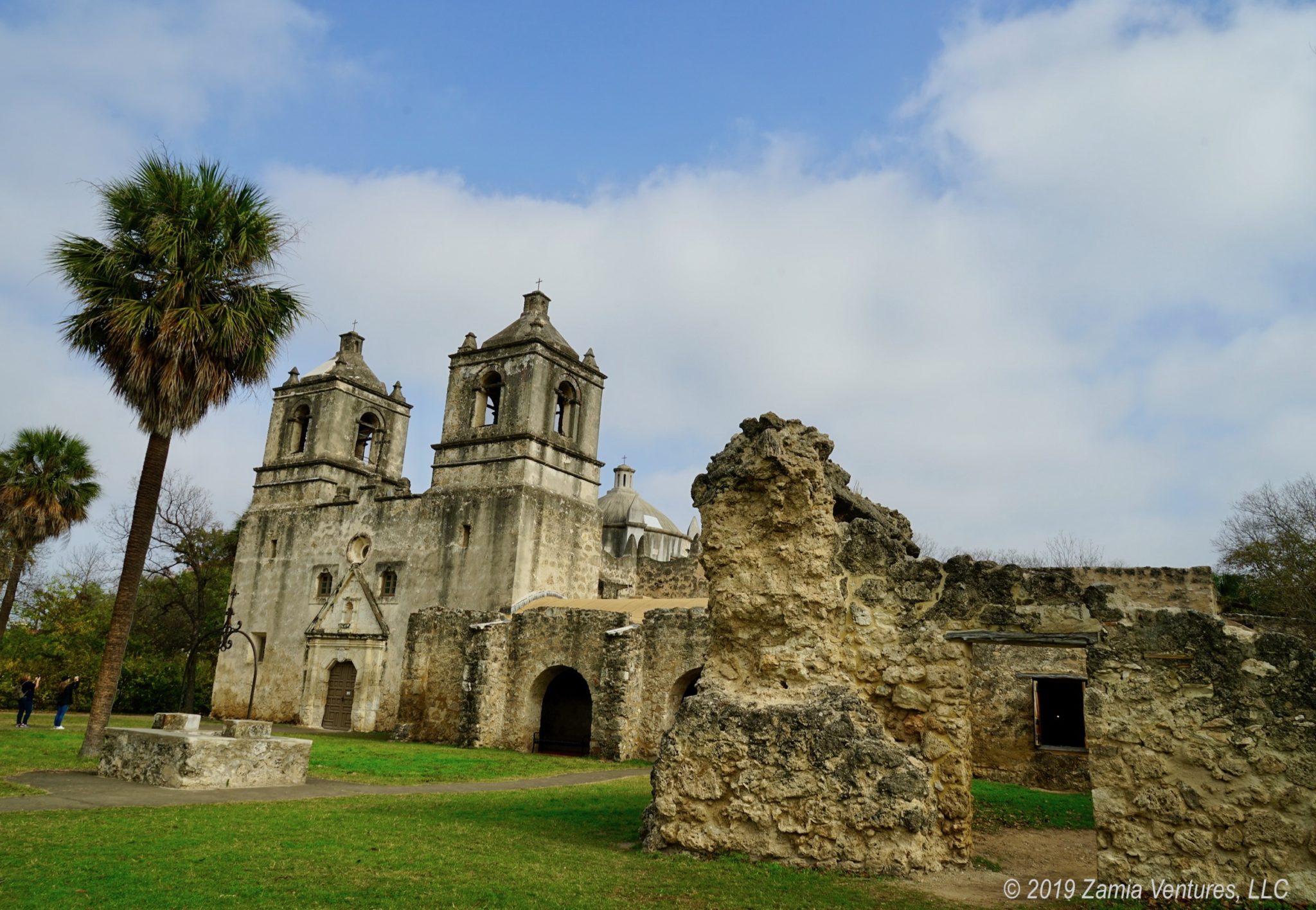 Although we consider ourselves fairly private people, we still blog publicly about our travel adventures. There are several reasons why we choose to do so. Most of them are selfish. We want to have a journal of all we’ve done and seen to look back at when our memories have lost their sharpness, I like the discipline of distilling down our experiences into 1,500-2,000 word essays on a regular basis, and the blog is a much more efficient way to update friends and family on our activities than sending endless annoying mass emails or texts. But another major reason for blogging is to pay forward the debt we owe to so many other travel bloggers. Their summaries of their experiences — good and bad — have been invaluable in judging how long to spend in various destinations, what to do in the area, and where to stay. If we can provide similar information for other travelers, we will help rebuild our karma balance.

Thanks to the advance information from RV bloggers we follow (conveniently collected under “Blogs We Follow” above), we came into San Antonio knowing that there was a very short list of things we really wanted to see. At the top of the list: the San Antonio Missions National Historical Park.

The park consists of four separate missions established in the early 18th century on the edge of the Spanish empire, strung like beads along a six-mile stretch of the San Antonio River. From north to south the missions are commonly known as Concepcion (Nuestra Senora de la Purisma Concepcion), San Jose (San Jose y San Miguel de Aguayo), San Juan (San Juan Capistrano), and Espada (San Francisco de la Espada). The day of our visits was warm but foggy. We watched the park video at the visitor center at San Jose, then participated in an excellent ranger-led tour of San Jose. Our ranger was a South Texas native with a master’s degree in anthropology, and she did an outstanding job communicating the human history of the missions from the point of view of both the native peoples and the Spanish missionaries. 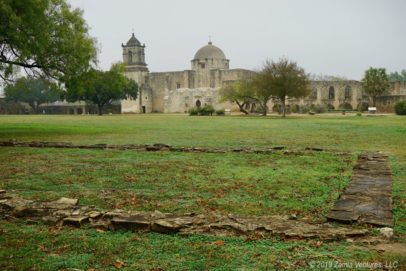 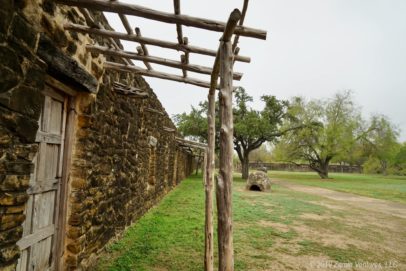 In the early 18th century, the native inhabitants of South Texas were small, nomadic bands of hunter-gatherers experiencing severe pressures. In the 200 years since the first Spanish settlements in North America the Apaches and Comanches had become masters of horsemanship and were ranging south from the Great Plains, competing for scarce game. Meanwhile, the historical trade routes with the peoples of present-day northern Mexico brought a never-ending supply of deadly new European diseases. The area was on the northern frontier of the Spanish empire, and Spain was very interested in extending its sphere of influence and control to stave off competition from the French (who had established New Orleans east of present-day Texas) and British (whose American colonies had been growing steadily for 100 years). 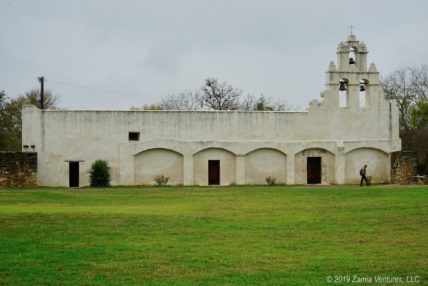 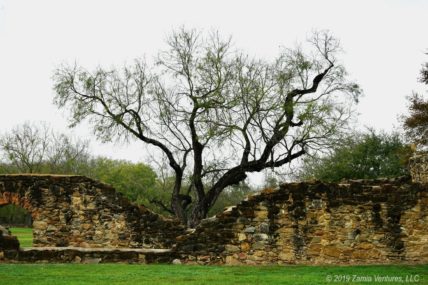 A mesquite peeks over the walls at Espada 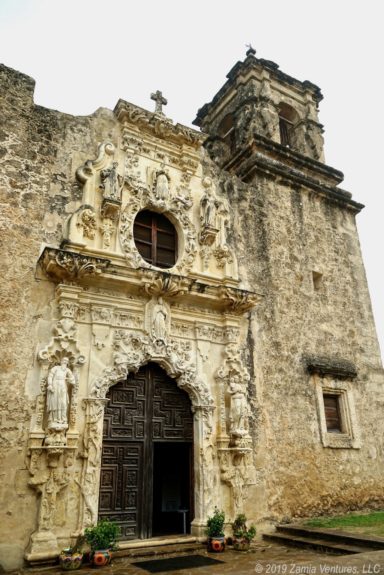 Confronted with a weakened local population in territory that Spain wanted to control, there are a lot of ways the Spanish could have played things. What they chose to do was establish farming communes, teach the hunter-gatherers how to grow crops with man-made irrigation canals, introduce livestock (sheep, cows, pigs, chickens) and establish the first cattle ranches in Texas, teach trades like carpentry, brick-making, metalworking, weaving, and leather working, and instruct the locals how to read and write, all under the supervision of religious leaders who also communicated the Christian gospel. The goal of the missions was to create flourishing towns full of tax-paying Spanish citizens and good Catholics, and the missions were designed to be secularized — turned over from the church to the local residents — once they were self-sufficient. The mission system was far from perfect, but the Spanish solution was pragmatic and shockingly compassionate. 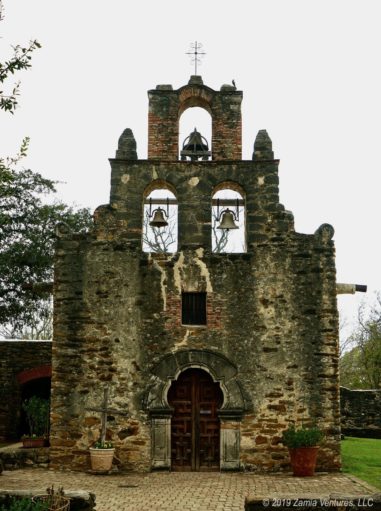 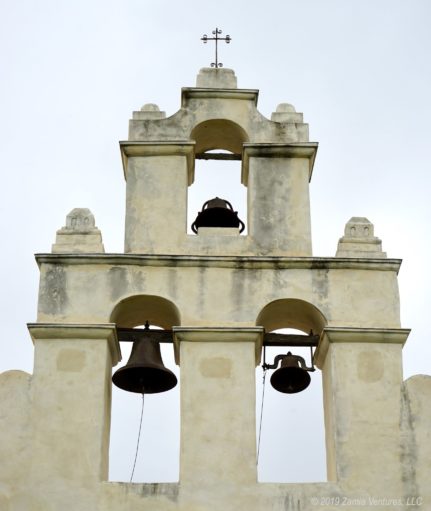 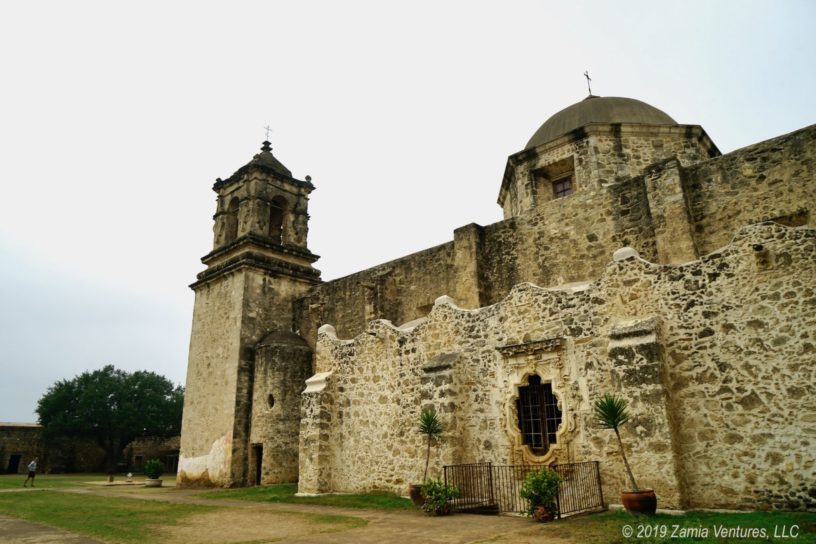 Since the missions are located so close together we elected to visit all four. The four missions follow the same basic blueprint of a large walled courtyard with a church and religious quarters on one end and apartments and workshops for mission residents along the interior perimeter. Yet each has a different look and feel. The mission communities specialized in different work, for example with San Juan focused on growing crops and ranching while Espada made bricks. Differing prosperity is evident in the size of the enclosed communities and especially the size and complexity of churches. The structures have also held up differently over the last three hundred years; the church at Concepcion is the most intact but the mission grounds have been turned into ugly housing developments that butt up against the church. It was worth visiting all four to experience different dimensions of the missions. 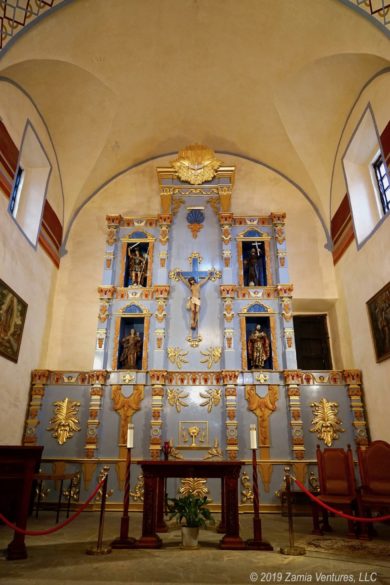 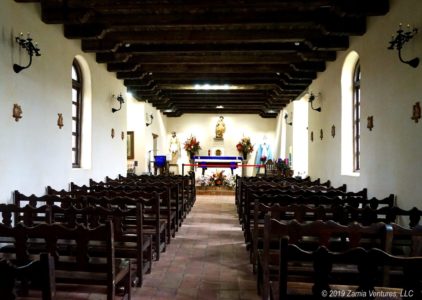 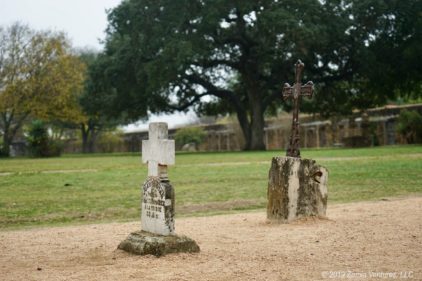 Converts could be buried inside the mission grounds

There is a fifth mission (Mission San Antonio de Valero) which is located downtown and gave the entire city its name. After the mission was secularized, the sturdy limestone sanctuary was repurposed as a fortress that became central to a famous battle and is now known as The Alamo. We had absolutely no interest in visiting that tourist trap, so we had only four mission stops on our agenda.

The other San Antonio landmark that we wanted to check out is the River Walk, the pedestrian walkway flanking the San Antonio River. In the downtown area, the river is a narrow, murky channel contained in concrete and fronted by bars, restaurants, hotels, and cheesy “attractions” like the Guinness World Records Museum. No, thank you. While we love the idea of integrating the waterfront into the city, as in Austin, we prefer our rivers to look like naturally occurring bodies of water. Happily, there are two extensions of the River Walk out of the congested downtown: Museum Reach heading north toward the city’s museum district and Mission Reach heading south to the southernmost of the Spanish missions. The Mission Reach section of the river in particular was developed to maintain a natural setting, with plenty of habitat for birds and a paddle trail for humans. An afternoon stroll along this peaceful and relatively flat walkway was relaxing, though I imagine the absence of shade would make this section pretty brutal in the summer. 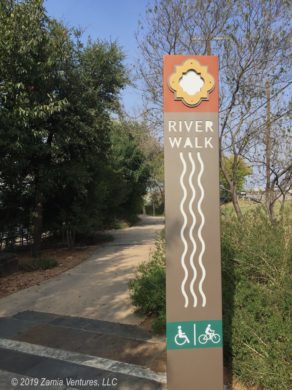 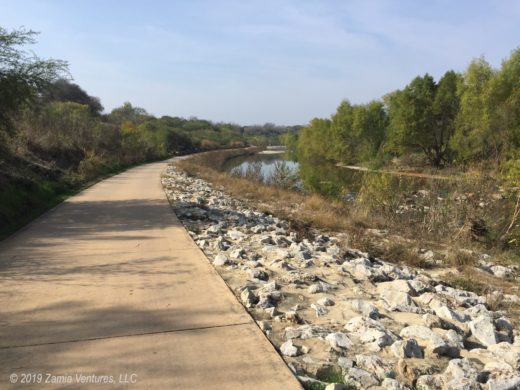 There are also a few gardens in San Antonio that piqued our interest, but our second full day in town was rainy and 45 degrees, so we dismissed any thought of doing outdoor activities. Instead, we prepared for our relocation to the coast, did some travel planning, and generally just puttered around the house.

For our very short stay in San Antonio, our best option was a private RV park — we picked Traveler’s World — which as usual offered sites that were expensive, crowded together, and lacking in charm. The most notable thing about our site was a security floodlight that shone directly into our main rear window with the strength of the noonday sun. But we appreciated the spacious and clean laundry and shower facilities, we happily didn’t have an immediate neighbor on either side during our stay, and the location was ideal for what we wanted to visit. We were situated less than a mile from the visitor center for the missions and directly adjacent to the particularly scenic natural section of the River Walk.

Next: we head down to Padre Island for a long-overdue encounter with the ocean.

Tucson Part 1: Diving Into Our Longest Stay Yet