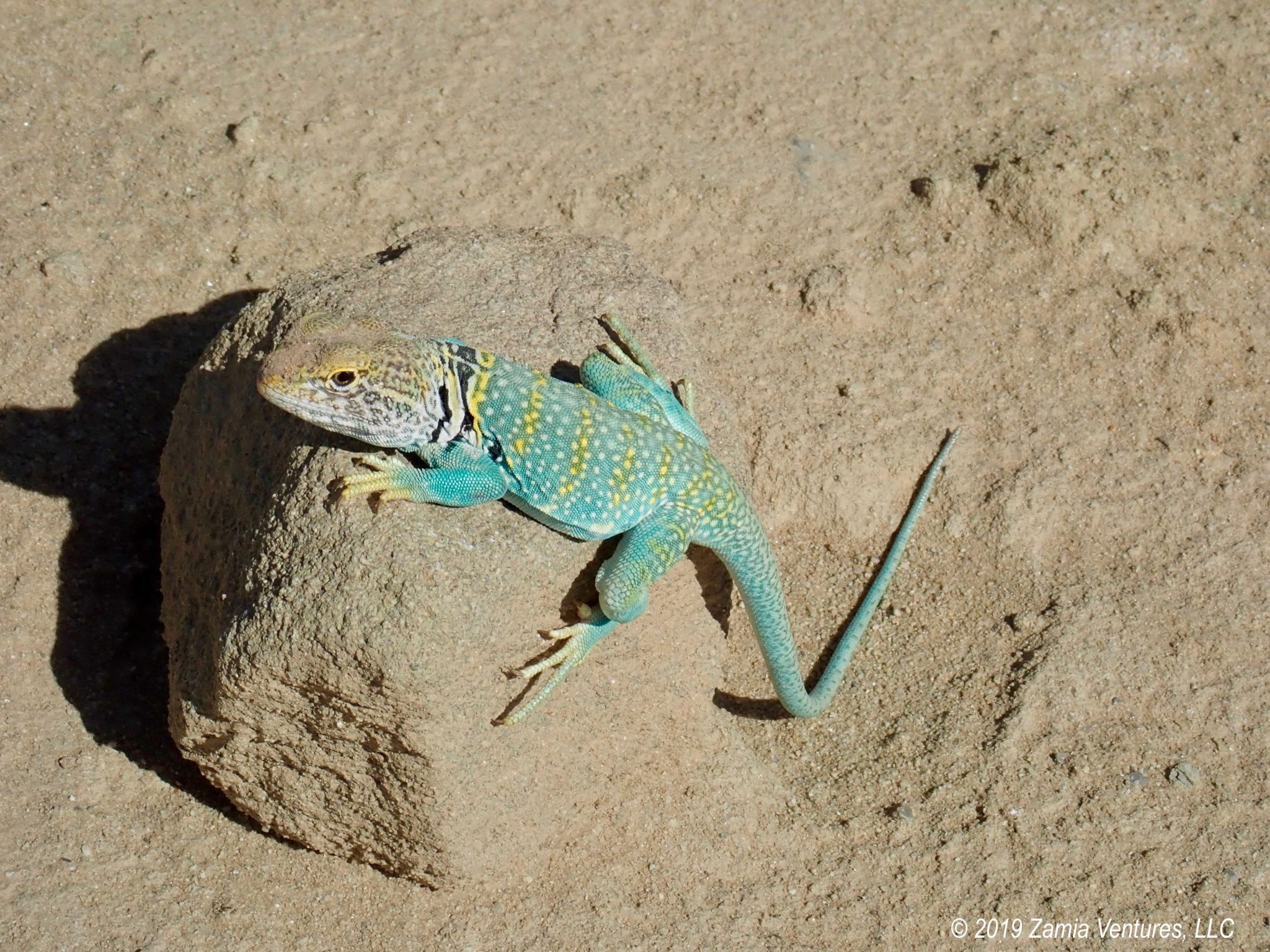 We have a commitment in Pagosa Springs, Colorado beginning on June 9, so we filled the week after our Durango stay by making a quick visit to northern New Mexico in the vicinity of the Navajo Dam project. For what seems like the very first time in 2019, we had truly warm weather, with daytime temperatures reaching into the 80s. I wore shorts for a whole week! It’s the little things that amaze and delight us, apparently.

This was our first foray into New Mexico, and of course it was our first stay at a New Mexico state park. Navajo Lake State Park borders Navajo Lake, a large reservoir in the Upper Colorado River water management system, and the San Juan River, and has multiple campgrounds. We stayed at the Cottonwood Campground along the river below the dam. The river is an ideal habitat for trout (and regularly stocked) and both the lake and river are important regional attractions for fishing enthusiasts. The surrounding environment is desert scrub, like much of the Four Corners area, but the San Juan River makes for a rich riparian habitat full of cottonwood trees and many other forms of plant and animal life.

Our first impression of New Mexico State Parks is they are extremely affordable. It’s pretty exciting to pay just $14/night for a spot with electric and water hookups, and that bargain price drops to an incredible $4 per night for holders of the New Mexico annual park pass ($225 for out of state residents). The contrast with neighboring Colorado, (in)famous for its expensive state parks, is interesting.

Since we were staying in a low-cost area — and, frankly, because there’s not all that much to do in the immediate vicinity for those of us who don’t fish — we took time to focus on some maintenance work and were able to check quite a few items off our task list. Various parts of the interior and exterior of the Airstream have been washed, degunked, and/or lubricated. Our tire pressure is at the proper levels on both the truck and the trailer. We researched and firmed up details for several planned stops later in the year. We ventured out to Farmington one day for much-needed haircuts. Obviously, it’s nothing but nonstop glamor here on the road.

When not “working” we managed to find a few nearby spots to explore. The Simon Canyon Ruin Trail was short (less than 1 mile each way) but had interesting terrain on the hike up the canyon and ended at a Navajo structure dating to the 18th century perched on top of a large rock. We also checked out the San Juan River Trail, which shares a trailhead with the Simon Canyon Ruin Trail. It would have made for a nice riverside stroll, except that it was so overgrown that we gave up about halfway down the trail. Nonetheless, we enjoyed getting out to see the flora and fauna of the desert. 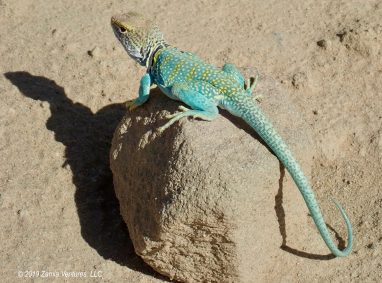 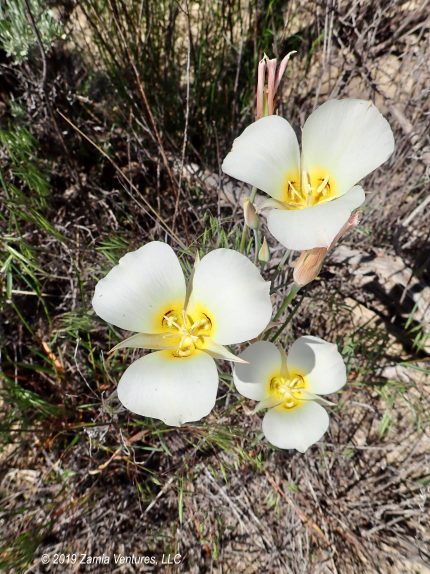 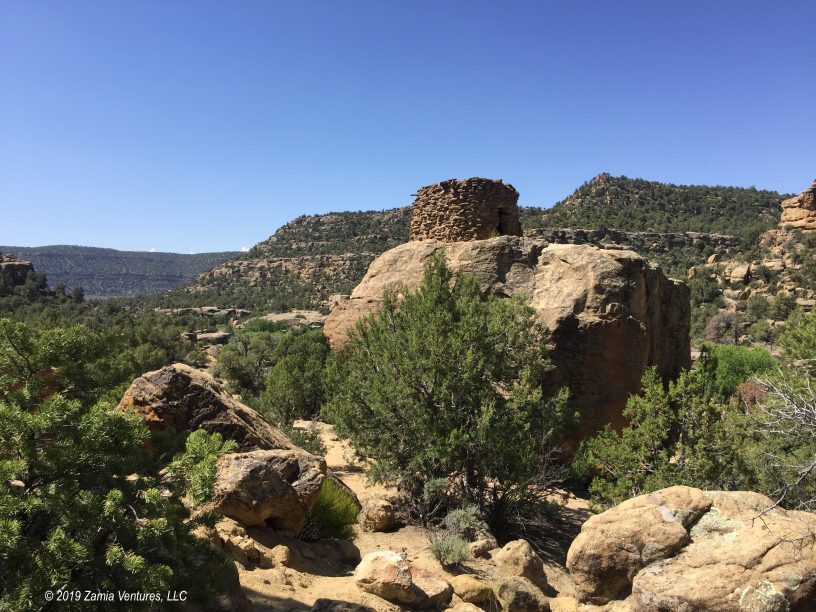 Navajo structure from before 1775

Speaking of fauna, our tree-filled campground had plenty of birds to drive me crazy (they never sit still long enough for photos and identifying them is hard when they are on the wing) including plenty of hummingbirds. One of the things we’ve really enjoyed about this winter in the desert is frequent hummingbird encounters. At Organ Pipe Cactus National Monument in January the blooming ocotillo in our site was the perfect hummingbird attracter, but we had frequent hummingbird interactions during our entire desert sojourn, even within the urban confines of Tucson. We particularly notice them because the tiny buzzers always seem to find their way to our panoramic rear window, which is where our main eating and seating area is located.

During our stay at Navajo Lake, we had the opportunity to observe the hummingbirds more closely. Since our windows were open (hello, warmth!) we could hear the tiny lawnmower sound of hummingbirds approaching and had frequent visits from black-chinned hummingbirds with their distinctive purple throats. Well positioned to watch the birds in action, we finally realized what’s going on. Each bird that approaches our back window spends a little time hovering around the knobs on our bike rack. Upon closer examination, one sees that they are colored red and have a scalloped, almost petal-like appearance. Oops. So for all the months that we’ve been in the desert this winter, delighting in the appearance of hummingbirds just outside our main window, we’ve actually been tantalizing the poor hungry creatures with frustrating plastic facsimiles of their beloved red flowers mounted on the back end of our trailer.

For our next desert visit, we will be getting a small hummingbird feeder to hang off our rear awning so visitors led astray by our bike rack can be rewarded with some yummy sugar water.

Since we are in the southwest, we know we were never far from an archaeological site. In addition to the 250-year-old Navajo structure in Simon Canyon, we also visited a much older remnant of Ancient Puebloans at the Aztec Ruins National Monument. Despite the name, the site has nothing to do with Aztecs. Instead, it is the northern-most outpost of the Chaco Culture that was centered in Chaco Canyon 75 miles to the south. Like the main site at Chaco Canyon, Aztec Ruins is a UNESCO World Heritage Site. 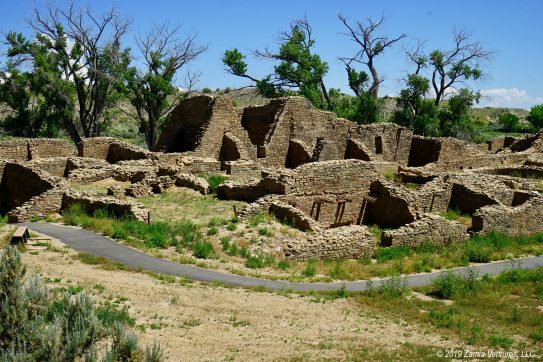 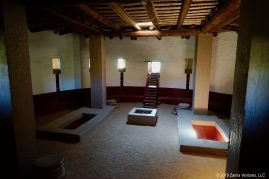 Inside the reconstructed great kiva 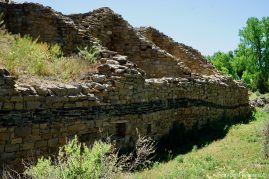 The name of the site accurately portrays the situation on the ground: this pueblo is a ruin. But it was originally quite a large facility, with over 400 rooms made of expertly-crafted stones and masonry. The building even sports a sharp-looking racing stripe made of green stone that runs along the perimeter of the main building. The rear wall of the complex aligns perfectly with the path of the sun across the sky on the summer solstice, and we were once again left in awe of the astronomical prowess of pre-modern people. The one part of the complex that is in nearly perfect shape is the Great Kiva, which was reconstructed in the 1930s under the supervision of the main archeologist to excavate the site. Although today the NPS frowns on such reconstructions of historic sites, it was interesting to see an example of what an enormous kiva (ceremonial room) would have looked and felt like to the original users.

The dry desert environment here is particularly good for preserving wood and fabrics, and Aztec Ruins was an archaeological treasure trove of biodegradable artifacts. The museum displays quite a few bits of fabric, baskets, and shoes made from plant fibers such as cotton, yucca, and willows, which are typically impossible to find in 900-year-old sites. The ruin itself contains several sections of intact interior ceilings, and these were sampled extensively to help determine the exact age of the structure. Yet again our visit to the Tree Ring Lab at UA in Tucson has paid off by helping us understand exactly how the timber borings were used to come up with very specific construction dates, but the museum also had a pretty good explanation of the process of dendrochronology. 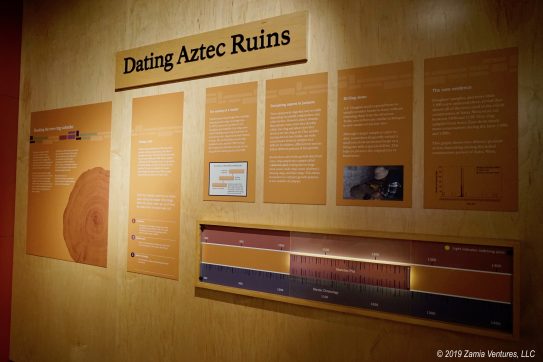 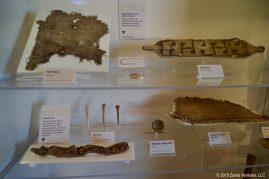 Some of the fabric samples 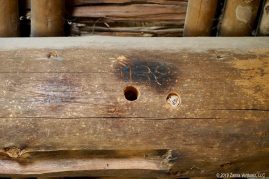 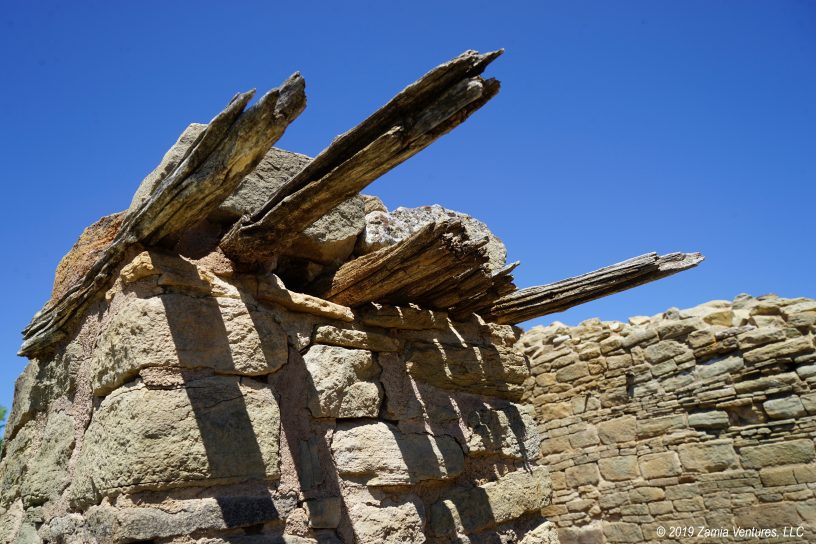 Remains of floor beams on site

Next, we head back to Colorado for a two-week stay in the small town of Pagosa Springs, where we will be volunteering 4 days each week with Habitat for Humanity as part of the Care-A-Vanners program. This time we are really saying goodbye to the desert until next fall, since we plan to be in the mountains of Colorado through Labor Day. 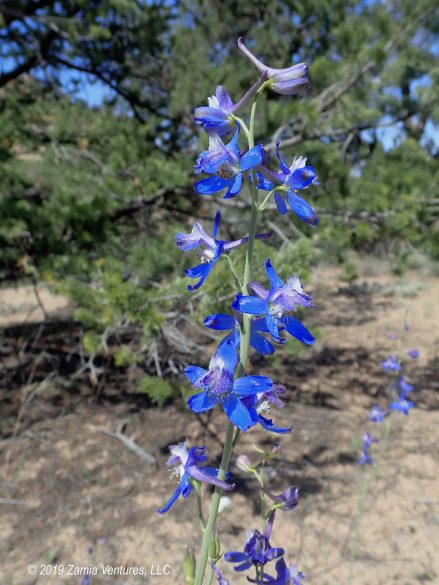 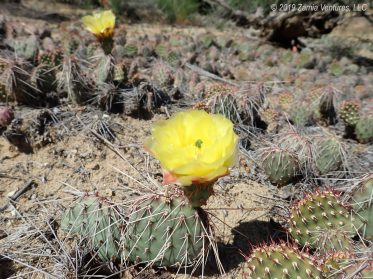 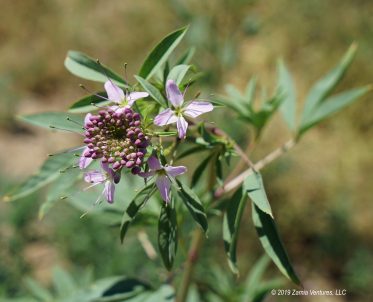 10 thoughts on “Feeling the Heat at Navajo Dam”