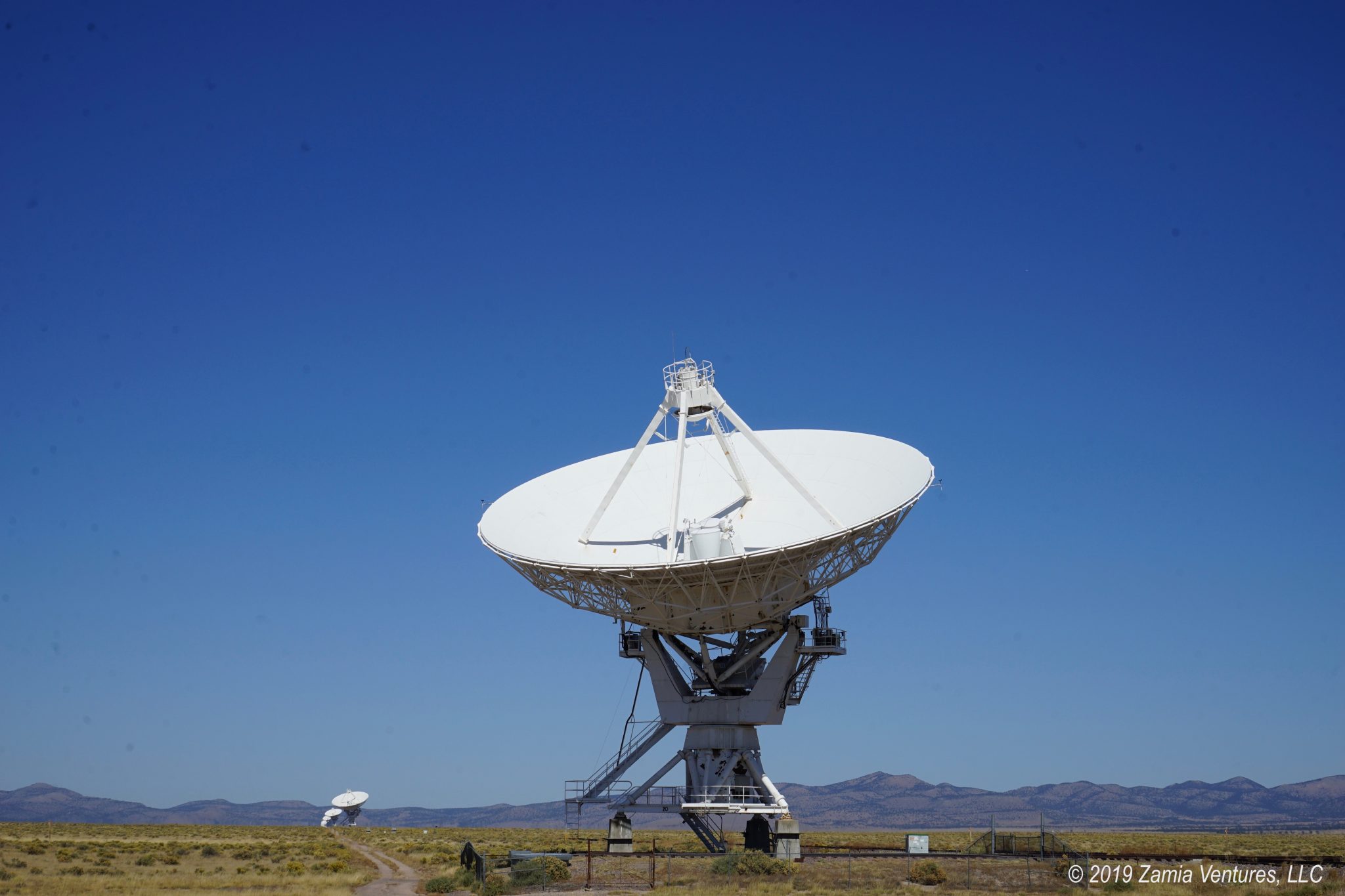 After the conclusion of the exhilarating yet exhausting Balloon Fiesta we relocated a short distance to a private RV park located next to a casino in the Albuquerque area. Albuquerque is very clearly the commercial center of New Mexico, since almost half of the state’s 2 million residents live in the ABQ area. This meant we could find all the stores we wanted to visit to complete a full restocking of the pantry and do some maintenance on the rig.

Our campsite at Route 66 RV Resort would normally not inspire moans of gratitude and joy, but we were thrilled to be here after the difficult camping experience of the Fiesta. Sites were nicely spaced out, the grounds were meticulously clean, we lucked into an end spot with no neighbors on one side, and the road noise from I-40 was so distant as to be barely a hum. It was glorious.

During our stay we were convinced that we should replace our somewhat frayed water hose that’s been in service for over two years, since we first purchased our trailer. The fact that the RV park’s extreme water pressure blew out a weak spot in our hose the moment we turned on the water was what ultimately swayed us. Seriously, how does it make any sense that an RV park provides water at 90 psi (normal household water pressure is around 45 psi)? And in arid New Mexico, where people should be using water in low-flow applications as much as possible?

A quick stop at Camping World yielded both a new water hose and a water pressure regulator. Our Airstream has a built-in regulator at the hose connection point, but of course this does nothing to protect the hose between the water source and the rig. We may never need the regulator again, but the $15 part seems like a useful item to have on the road to save our hoses from extreme water pressure. Cynics like me have probably already guessed the punch line to this story. The office of the RV park does indeed offer a wide selection of replacement hoses and various water pressure regulators, all at grossly inflated prices. The RV park must be raking it in by selling these accessories! Luckily we had plenty of water in our fresh tank and could wait to replace our hose at Camping World during one of our regularly scheduled errand trips. 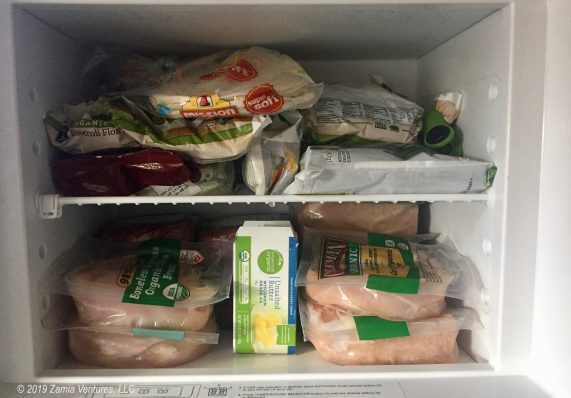 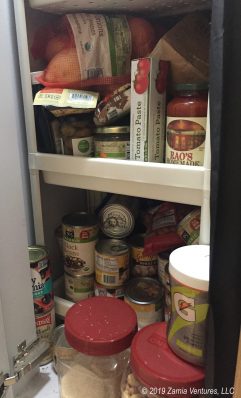 Facing a stretch of about 5 weeks before we hit our next major metro area, we made big purchases at Costco and Whole Foods. Our freezer and pantry are now completely full, perhaps comically so. Whatever else happens, we will not starve to death. We have fresh haircuts and clean clothes. Between catching up on our sleep and running tons of errands, we didn’t have the energy to visit any of the museums on my itinerary for ABQ, such as the National Museum of Nuclear Science & History, the American International Rattlesnake Museum, or the New Mexico Museum of Natural History & Science. We did make a quick trip to Petroglyph National Monument, where we hiked the Rinconada Canyon Trail. It was a little odd visiting a national monument that’s directly adjacent to a bunch of housing developments, but it was nice to get out on a lightly traveled trail. Searching for the petroglyphs on the thousands of volcanic boulders in the canyon — and making up interpretations for the elaborate figures — was good for several hours of entertainment. 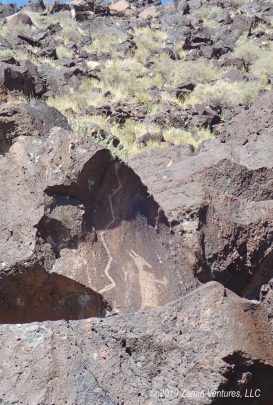 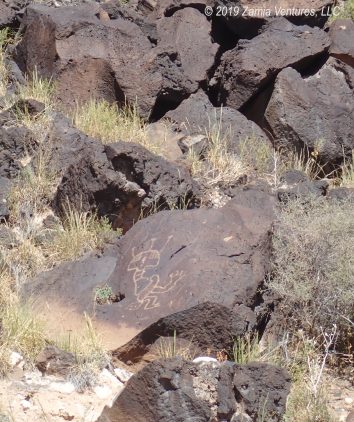 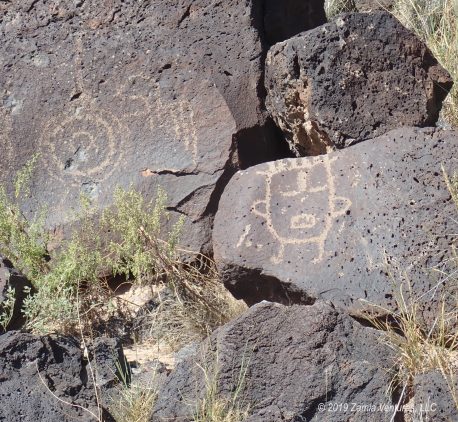 As we make our way slowly southward in preparation for winter, our next destination was one that fellow science geeks will surely recognize: the Very Large Array. Our travels south from Albuquerque happily coincided with the bi-monthly open house days at the VLA, held on the first and third Saturdays of the month, when visitors can take guided tours of the facilities. Excited to see yet another scientific icon, we veered off our southbound path on I-25 to head an hour west into one of the more desolate areas we have visited. We passed by the Very Large Array on a rainy Friday and landed 15 miles west in the tiny crossroads of Datil (pop. 54). We easily found a spot at the small but very serviceable Datil Well Campground operated by the BLM and settled in for the evening in anticipation of visiting the array the following day. Fortunately we only planned to stay two nights, since up at high elevations (7,500+ feet) the nighttime temperatures were dipping below freezing every night. 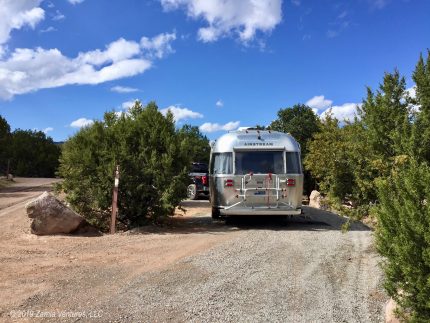 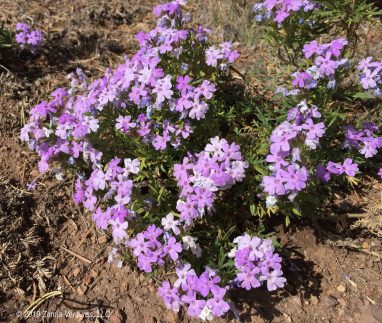 Verbena (?) in our campsite

We then spent a fun and informative half day exploring the Very Large Array. It’s a radio observatory, which is a little harder to appreciate than an optical observatory. An optical observatory is basically just a giant, well-focused eyeball, looking up at a dark night sky and taking in the sights. Of course, modern sensors on optical instruments take in more light than the human eye can see, but the principle is easy to understand.

A radio observatory, on the other hand, looks at light with much longer wavelengths that is invisible to the human eye, similar to how infrared rays and UV rays are invisible to the human eye. The low frequencies are the same ones used for radio transmission and wifi and other modern applications, and they are not affected by the sun being up (though they are affected by nearby objects emitting transmissions, so there is a total radio and cell service blackout in the area). As a result, the instruments run by the National Radio Astronomy Observatory, which include the Very Large Array, are pointed at objects in the sky 24/7. Thanks to its nearly continuous uptime, this observatory is one of the most heavily used in the world and has been cited in more published scientific papers than any other. It also has the unique ability to peer through clouds of dust and gases that render many distant areas in the universe impervious to optical telescopes, looking into the heart of emerging galaxies. A few hundred of the incredible images created from NRAO instruments can be found here. 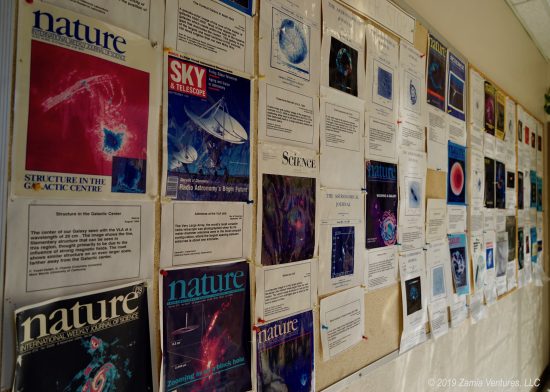 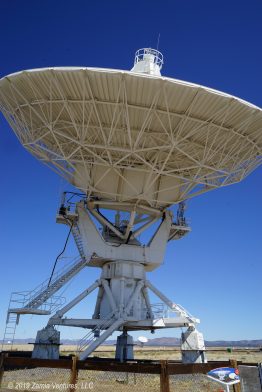 Mechanisms for turning and pointing the giant dishes

The array is, true to its name, very large. At any given time there are 27 antenna active on the system, rotating around on giant actuators to point at different objects in the sky, and they are distributed across the desolate Plains of San Agustin in one of four Y-shaped patterns. The closely-packed D pattern has a diameter of just 1 kilometer (0.6 miles) and is used for wide angle sky viewing, just like a small aperture on a camera is used for wide angle shots. The largest pattern, the A pattern, spreads out the antennae over a diameter of 36 km (22 miles!) and is best for close detail (AKA “zoom shots”). The B and C patterns are intermediate diameters of 3.6 and 10 km, and the observatory spends about 4 months configured in each pattern. Just the process of moving the giant antennae to new pedestals along the 43 miles of rail lines – each antenna weighs 230 tons – is an impressive undertaking requiring special-built railroad locomotives. When we visited the antennae were positioned in the A pattern, and they stretched across the empty desert as far as the eye could see.

The Very Large Array is taxpayer-funded and committed to making its work public; observation data becomes available to the public – not just the original research team – one year after the work is done. The VLA itself is always open to the public, though only the visitor center and a self-guided walking tour are available on days other than open house days. A visit any time would be interesting, since the documentary film at the visitor center narrated by Jodie Foster (of course!) is very informative, but we appreciated taking the tour. Our guide was very helpful in translating the advanced science to relatively normal speech, and in explaining the history, present, and future of the VLA. It was particularly cool to go inside the control building (which is a giant Faraday cage to prevent electromagnetic contamination of the instrument) to see an operator at work running observations on the instrument and to see the supercomputer that splices together all the data from the 27 different antennae to simulate a single massive-diameter telescope. 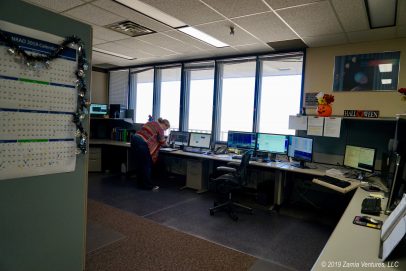 Inside the control room 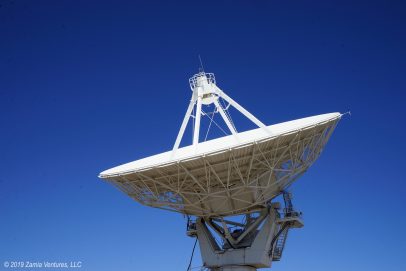 After jonesing on cutting edge science yet again in New Mexico, we happily left the desolate high mesa to return to the warmth of the Rio Grande Valley for a stop in Truth or Consequences.