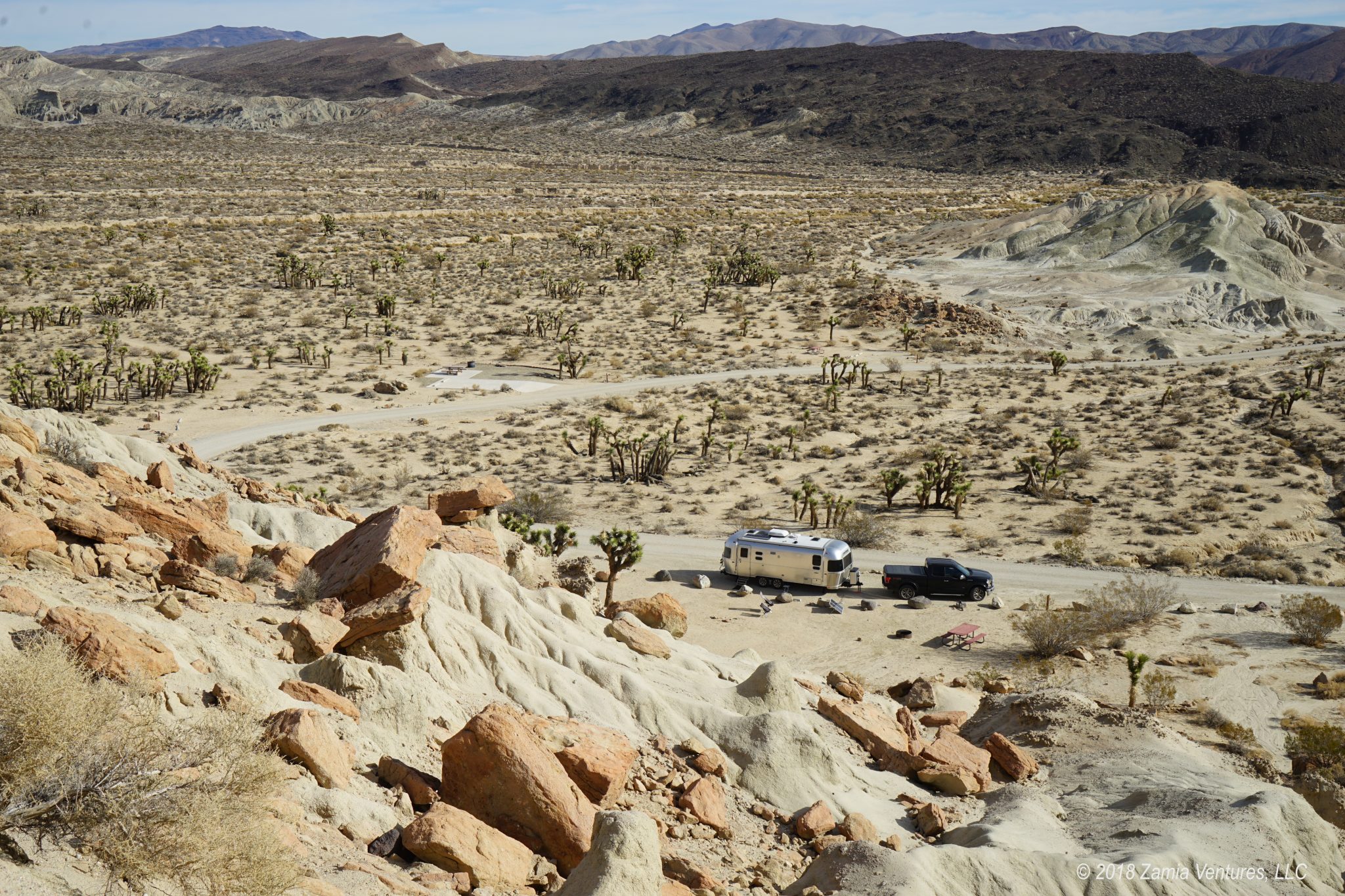 Following our stated intentions of slow and easy travel, we decided to break up our trip from Ventura to Death Valley into two segments, stopped for two nights at Red Rock Canyon State Park near Mojave, California. This park features colorful badlands-style rock formations as well as Joshua trees throughout the campground, so it really exudes a desert vibe. The campsites are located right up against the rocks, immersing visitors in the experience. The brief stopover helped us start preparing ourselves for no-trail desert hiking, as we spent our outdoor time scrambling on the rocks that give the park its name. 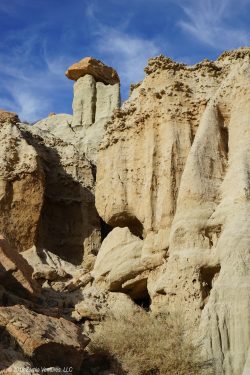 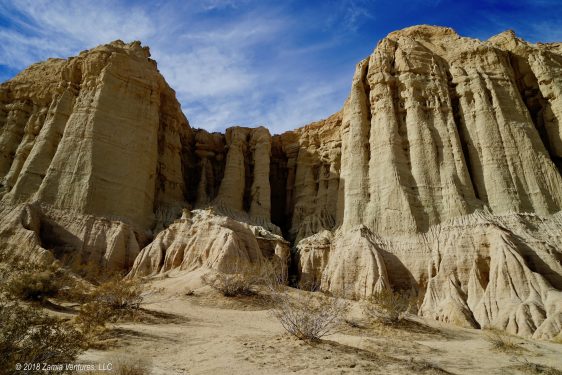 Driving into the desert was an abrupt transition from the verdant valleys of the California coast. We were reminded about the abundant sun and wind by constantly driving by large renewable energy facilities. The huge wind farms and PV solar facilities are the most noticeable artificial elements in an otherwise quite empty landscape. Despite my best efforts, I was not able to get us onto a tour of any of these interesting complexes – in general these properties are sufficiently remote that they don’t offer opportunities for public viewing. I had also looked into taking a tour of nearby Edwards Air Force Base, but those are only available one day per month and were booked out 6 months in advance when I checked. 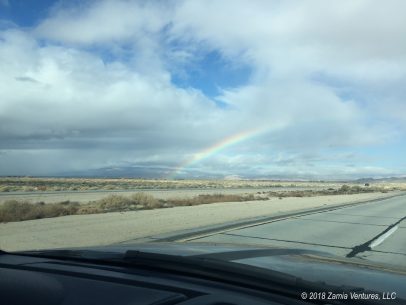 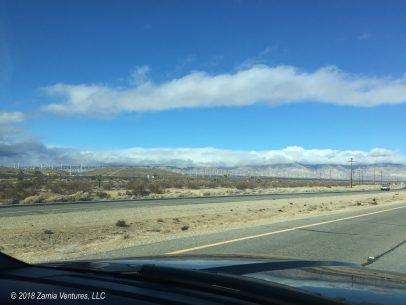 While driving into the Mojave

Despite getting shut out of tours in the area, we enjoyed just kicking around the campground and were even treated to an interesting commercial shoot. The campground was pretty empty during our mid-week, off-season stay, so we were surprised when a whole caravan of new campers pulled in one morning. Later that day, as we explored the park, we discovered that they were not normal campers but a photo crew shooting still shots using the dramatic red rocks as a background. The ranger who was monitoring the commercial activity explained to us that the park is frequently used as a set for movies, commercials, and still photography, thanks to its unusual appearance and close proximity to Los Angeles / Hollywood. He told us that this park stood in for Moab in the opening scenes of Jurassic Park, showing a dusty archaeological dig, and the main road through the park is frequently featured in car commercials, among other things.

During our chat with the ranger I was keeping an eye on the collection of trailers, waiting for the talent to emerge for photos – perhaps models wearing next summer’s fashions. But then the ranger explained that the trailers WERE the talent! The shoot was for advertisements for the latest Lance campers, including a truck topper, a small travel trailer (16-18 feet), and a much larger trailer (maybe 28 feet). The crew was busy setting them up in campsites and taking photos with the dramatic backdrop of otherworldly geological formations. From my not-at-all professional shots of our campsite, it’s obvious why this park attracts the photography pros.

Now we’re on to Death Valley, where despite the forbidding name we will be cheerfully exploring the dramatic landscape while avoiding the soul-sucking temperatures of summer.